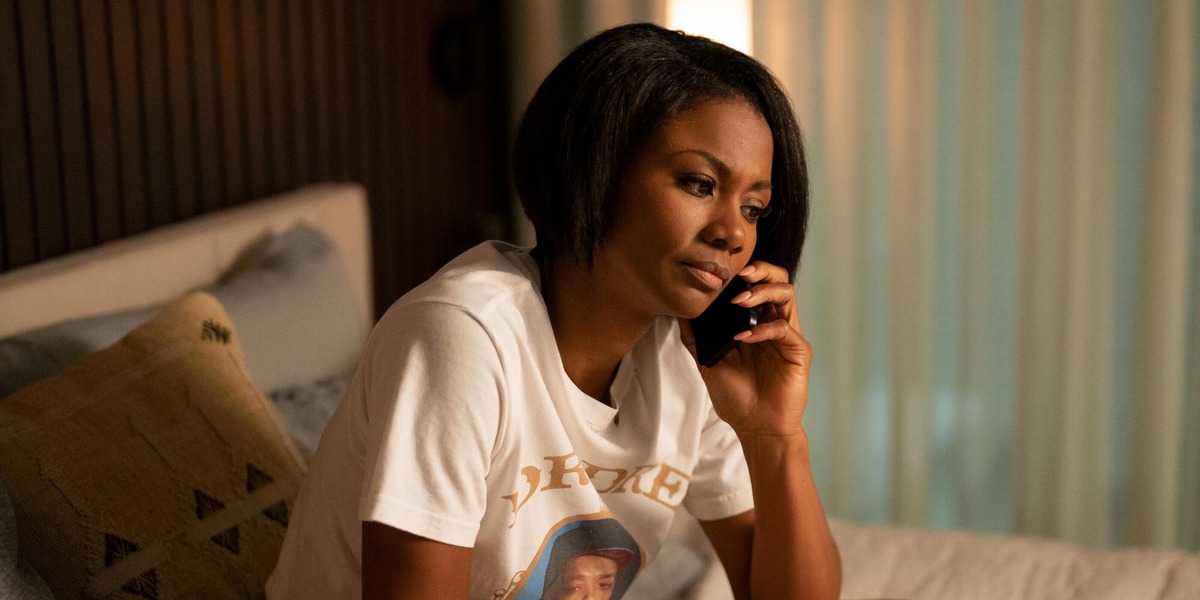 Created by Raamla Mohamed, Hulu’s ‘Reasonable Doubt’ is a legal drama series about Jax Stewart, a private defense attorney who has a questionable view of the law. Jax struggles to juggle her personal and professional life. While she deals with a difficult patch in her marriage, Jax stumbles upon an intriguing criminal case revolving around an influential public figure. As a result, Jax is forced to examine her moral compass. If you wish to catch up on the episode’s events or seek an explanation about its ending, here is everything you need to know about ‘Reasonable Doubt’ episodes 1 and 2! SPOILERS AHEAD!

The first episode of ‘Reasonable Doubt,’ titled ‘Can’t Knock The Hustle,’ opens with Jax Stewart being held at gunpoint by a mysterious figure. The sequence set six months into the features leaves Jax begging for her life. In the present, Jax wakes up in her bed and prepares for church. She shares a friendly bond with her husband, Lewis, but there is some tension among them. Jax lives with her two children, Spencer and Kanika.

Jax’s family time is interrupted by a phone call from Mark Noonan, a lawyer from the Kender and Franklin firm. Jax learns that her client Devin McDonald, a basketball player, is accused of assault by social media influencer Madison Stiles. However, Jax scoffs off the accusations despite believing that MacDonald is capable of such behavior. At her office, Jax learns about the firm’s new client, black businessmen billionaire Brayden Miller. After returning home, Jax meets Will, a bouncer hired by Lewis to protect his family, as Jax’s work with celebrities makes them an easy target. The situation creates an argument between Jax and Lewis, revealing that the couple lives separately.

Later, Jax meets Miller with her colleague Rich. Miller reveals that he wants to have an NDA signed by former employee Kaleesha Moore with whom he also had an affair. Jax resolves Devin’s issue by digging up dirt on Stiles while she instructs her private investigators to find out more about Miller and Kaleesha. Jax meets Devon, a black man in prison, following Jax’s failure to defend him in court during her days as a defense attorney. Devon reveals that he wishes to confess to the crime he did not commit and obtain parole. However, Jax is unhappy with his decision. The episode ends with the revelation that Kaleeesha refused to sign the NDA offered by Miller and is found dead the next day.

The second episode, titled ‘Family Feud,’ opens in the aftermath of Brayden Miller’s wife’s death. Daniel, the private investigator, discovers evidence implicating Miller in Kaleesha’s untimely death. Meanwhile, Rich reveals that Miller convinced Kaleeesha to sign the NDA before her death. Hence, the needles of suspicion all point toward Miller being guilty. However, Miller insists otherwise. After a conversation with Damon, Jax realizes the nature of her job and decides to confront Miller about his true motivations. In the end, Jax decides to represent Miller in court and takes him on as a client.

The series premiere introduces viewers to Jax Stewart, who appears to have a knack for being the law to benefit her clients. Her handling of the MacDonald situation is precise as the basketball player did not technically commit a crime despite behaving terribly with a woman. However, the case of Brayden Miller is much more complex. It involves a romantic affair between boss and employees, a signing of an NDA, and a murder. Therefore, it is understandable why Jax hesitates to take up the case.

However, in the episode’s final act, Jax confronts Miller over the phone, and he refuses to admit raping and killing Kaleesha. His conviction impresses Jax, and she decides to take on Miller as her client. Given that Miller is the primary suspect in Kaleesha’s murder, Jax will have difficulty proving his innocence. However, since an innocent man already served jail time due to her failure, Jax is likely trying to rewrite her wrongs by protecting Miller. Moreover, Miller confesses to having romantic feelings for Kaleesha, implying that he is not behind the murder. Therefore, how Jax represents Miller in court and whether she succeeds in proving his innocence will be intriguing to watch.

Why Did Jax and Lewis Separate?

The first two episodes give viewers a look at Jax’s married life with her husband, Lewis. While everything seems fine between the two, they are actually living separately and contemplating divorce. However, the reason behind the couple’s separation is not directly stated. Jax finds Lewis controlling and suffocating, while Lewis considers Jax incompetent as a wife and mother. As a result, Jax and Lewis fail to have an honest conversation face to face.

Moreover, it is implied that Jax previously cheated on Lewis. Thus, the tumultuous period in Jax’s marriage is understandable. Despite being separated, Jax and Lewis go on a date in the second episode and maintain the facade of a happily married couple. They also hook up, leaving the door open for a reconciliation between the couple. Nevertheless, when Lewis attempts to have a mature conversation with Jax, she rebuffs him. Hence, it is evident that the problems in Jax and Lewis’ marriage are deeper than viewers can perceive from the first two episodes.

Read More: Is Reasonable Doubt Based on a True Story?