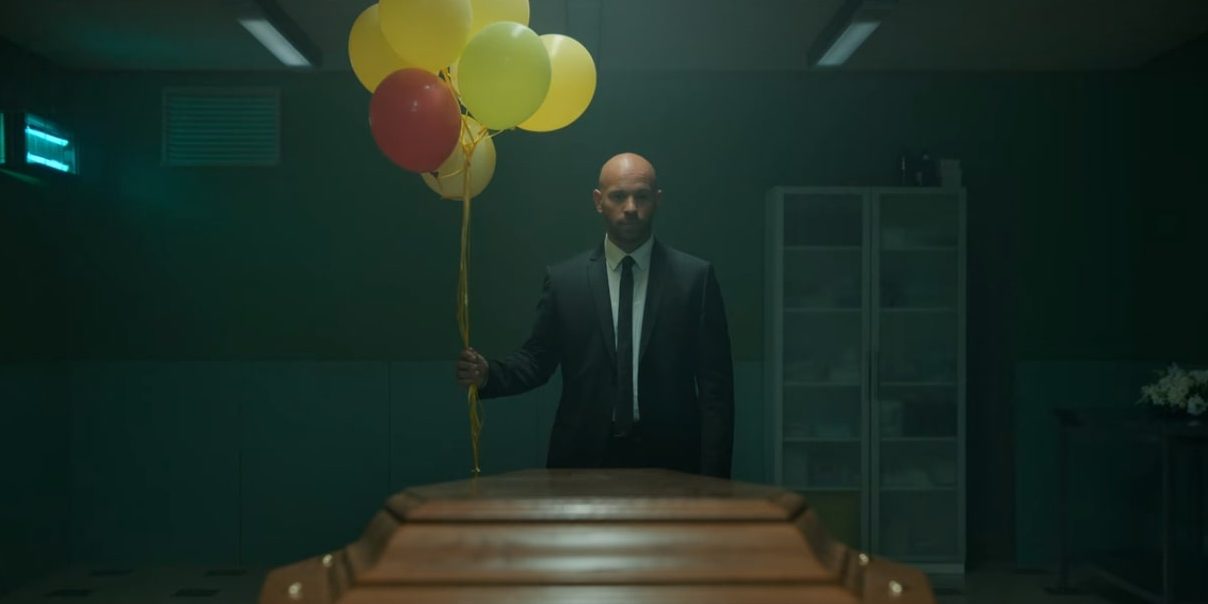 Famed French cinematographer Régis Blondeau made his directorial debut with French-original corrupt cop crime thriller ‘Restless’ (‘Sans répit’). Officer Blin of the Homicide department has questionable morals. After a hit-and-run incident, he goes to extreme lengths to hide the body. However, he later realizes that he is a pawn in a much larger scheme involving drug dealing and corruption. The gritty story ends in a tidy manner, but you may wonder what happens in those fiery final moments. If you have trouble discerning the story, allow us to help you in the quest. SPOILERS AHEAD.

On his way to his mother’s funeral, policeman Tomas Blin from Homicide encounters a dog on the road. He bypasses the dog but ends up hitting a man. He pops the body into the trunk and threatens his way out of a police barricade. In the police precinct, Internal Affairs is under investigation for helping drug traffickers. Blin’s associates, Marc Andrade and Naomi flush a few bottles down the toilet. Blin heads to his mother’s funeral home while Andrade warns him that his car may be searched. 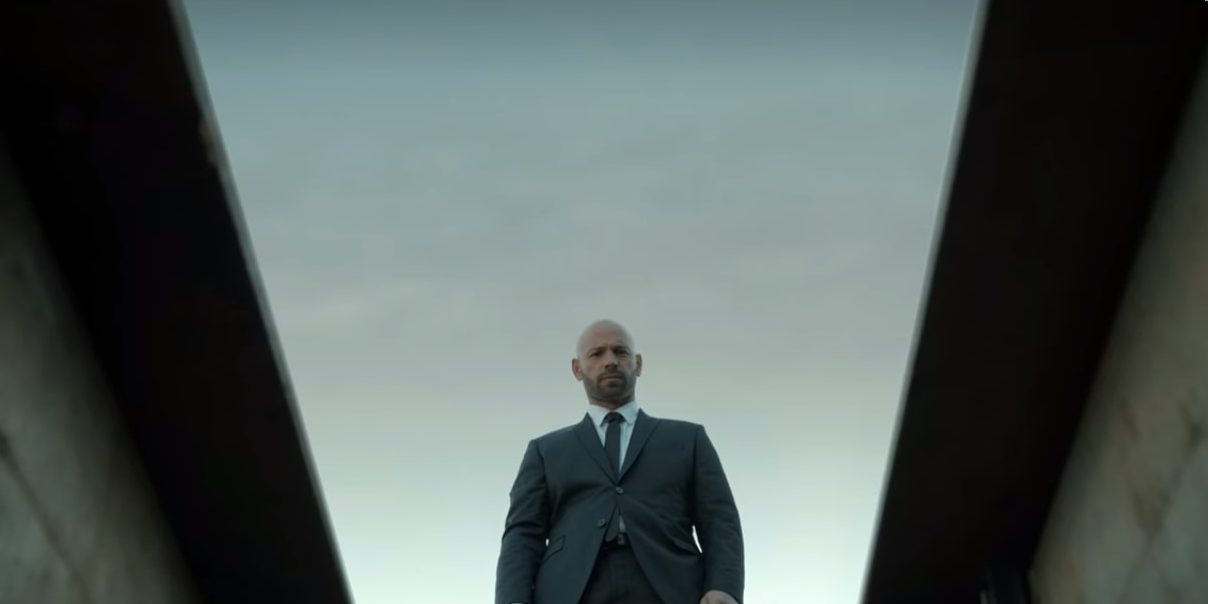 Blin devises a plan, which entails putting the body into his mother’s coffin. He uses gas balloons to obstruct the camera and uses a toy soldier to drag the body through the duct to the room where his deceased mother is. The toy soldier dysfunctions and starts firing rounds, alerting some workers. However, the security guard, who is knee-deep in a video game, cannot leave his post, and the workers have better things to do. Blin successfully puts the body in the coffin and lowers it into the grave. While Blin promises his dead mother that he will come back, little he knows that he will eventually have to return.

Meanwhile, the victim of the hit-and-run incident is revealed to be Manuel Barcelo, a wanted drug dealer. The police visit the crime scene, where a junior officer suggests that the surveillance footage can further illuminate them. Despite Blin’s mild bribery with fried chicken, Andrade detects the Mercedes involved in the accident – and he knows that a similar vehicle belongs to Blin. On the other hand, Blin gets an anonymous call, where a stranger claims to know Blin’s secret. Blin gets embroiled in corruption and lies with incidents piling up one after another.

The anonymous caller turns out to be Commissioner Marelli from the Narcotics Department. On a fine morning, when Andrade and the team are closing in on Manuel Barcelo’s death, a tall guy enters the premise and starts beating up Thomas Blin. He later apologizes, suggesting he took Blin for a robber. However, the truth seems entirely on the contrary, as we recognize his voice from the phone. When Naomi and Andrade head to their chief to ask for justice against Marelli’s erratic and violent behavior, he dissuades them from taking a step.

On the other hand, Blin and Marelli end up in the washroom – fighting. Marelli drops the pretense, asking Blin to retrieve the body of Manuel Barcelo and bring it to him. Blin hesitates but later comes on board for the mission. Following the orders of Commissioner Marelli, Blin goes to retrieve Barcelo’s body and his phone. He discovers bullet wounds on Barcelo’s back and deduces that the guy was already dead when Blin hit him. From Barcelo’s hideout, Blin dials the number that has been calling Barcelo.

Naomi finds that the number belongs to Michael Bourgi, 38 years of age, a hacker who has previously been arrested numerous times for fraud and piracy. Blin catches up with Bourgi in the laundry and comes to know that Barcelo and Marelli were in business together. Marelli and his department used the confiscated cocaine to make exotic drug-induced alcohol. Barcelo sold it in the international market. When Marelli became a crucial player in the drug business, Barcelo decided to sidestep him and escape with a substantial stash. Thus, Marelli killed Barcelo, along with most of his associates.

Is Commissioner Marelli Dead or Alive?

After Andrade’s gruesome and shocking death, Blin decides to teach a lesson to Commissioner Marelli. He attaches the C4 explosives to Barcelo’s body and delivers it to Marelli. After taking his leave, Blin activates the explosive, but Marelli is not done with Blin yet. He proposes Blin work with him and get rich, but Blin cannot give much of a hoot. Marelli’s car explodes shortly afterward, but Marelli comes out of his vehicle without a dent on his body.

A fight ensues, and Blin points the service gun towards Marelli. Due to the lack of time, he has managed to put in only one bullet round, and an unlikely Russian roulette pans out. The gun suddenly goes off, and both jump in to the water body nearby – thus, we fail to identify the person whom the bullet hits. However, shortly after, we realize that Marelli has died, while Blin ends up in police custody.

Why Do The Police Release Blin? What Is The Gadget That Naomi Hands Him Over?

In the end, Commissioner Vaubour and higher-level officials agree that they cannot reveal the incident to the public. They decide not to speak about the incident within the premise. Moreover, it is rather Marelli and not Blin who killed Manuel Barcelo, and they do not want to implicate Blin in the murder of a corrupt cop. Therefore, the police releases Blin from custody, and he decides to leave the job altogether. Naomi comes to Blin with the retrieved lipstick-like gadget from Andrade’s car in the final moments. Although the car is wreaked, the device remains unscathed.

Naomi also informs that she has passed her training period and is now officially a Madame Lieutenant. Vaubour has placed her on decoding the case of Andrade’s death, although the perpetrator, Marelli, is dead. The movie ends with Blin visiting a covert bank, and we realize that the gadget is a key. The vault opens with the combination of a key and a code. Scoring through Barcelo’s photos, Blin finds a number of a ship. He enters the code – and voila! Manuel’s enormous treasury unveils in front of him.