Review: Work It Is A Refreshing Dance Dramedy 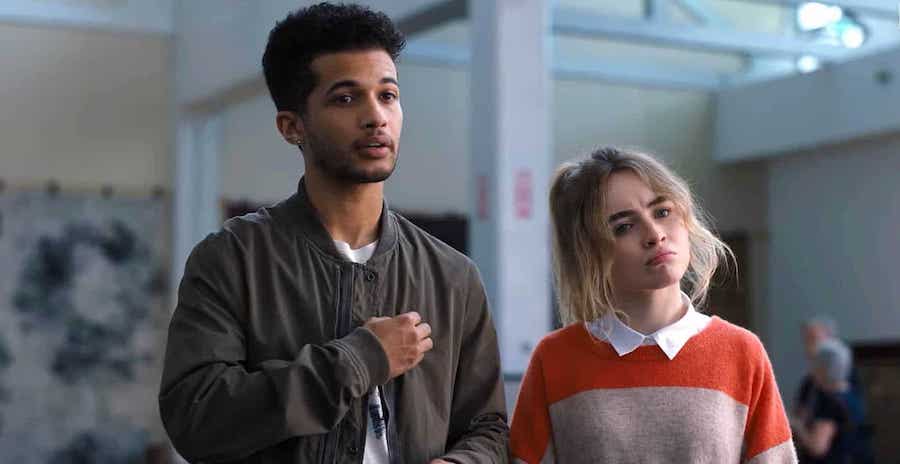 As Netflix continues to expand its reach to all corners of the world, it has also started to take a very weird path. On one hand, it invests in Oscar-worthy films like ‘Marriage Story’ and ‘The Irishman’, on the other, it churns out disappointing movies for the sake of some popularity. In just the past couple of months, the streaming service has made some questionable choices about the movies it has delivered, which is what makes us all the more apprehensive about the next thing it throws our way. If this is one of the reasons why you would rather not watch ‘Work It’, then you should know that it is, at its worst, mediocre, but not bad.

Quinn Ackerman has an excellent academic record. Ever since she set her eyes on Duke University, she has dedicated herself to cramming every possible thing in her college application that would make it impossible to be rejected. So much focus on her future has led her astray from her present, and she barely has any friends and a non-existent social life. One would think all this dedication and sacrifice would eventually pay, but in her interview for the college, she is still found lacking. She is told that she is just another applicant who has tried hard to fit inside the box that they think will allow them admission, but the college is looking for someone who blows the box. In trying to impress her interviewer, Quinn lies about being on a dance team at the school. But now, she needs to put the money where her mouth is, and not only learn how to dance but also win a competition.

If you have seen even one movie about teenage dancers trying to find themselves through their passion, then ‘Work It’ is not going to serve anything new to you. The story is pretty much straightforward, and there is no doubt about how the movie is going to end. Quinn is not a great dancer at the beginning, but she will be before the credits start to roll. There is also the familiar mix of romance in between the dance moves, with the usual villains and unoriginal challenges.

Considering all this, if you are going in expecting some new story, then it would be disappointing on your part, not the film’s. However, expectedly, if you watch the film for its dance sequences, you are in for a treat. Unlike other films that focus on too many props and effects on the side to exaggerate their performances, ‘Work It’ relies on the talent of its crew, especially underlining the struggle of its protagonist to feel the dance inside her rather than forcing it on herself. This point is also sent across by giving a distinct tone to the performances of the lead character’s team and their rivals. While one is focused on technicalities, not straying from what’s been decided, and exploding with their innate fire on the dance floor, the other would rather freestyle their way out of it. And this is what makes it all fun.

Though the film doesn’t completely blow you away, nor does it present itself as a competitor to the dance classics that have garnered a cult following, ‘Work It’ does reel you in with its charm. Often, dance movies cast talented dancers but not so skilled actors for the part. In these cases, the dance performances are the highlights, but we never get invested in individual characters, and hence, don’t really care how the story ends. This film, however, employs the young actors that show their moves while bringing the charm that makes us care for them just enough. While the chemistry of the romantic lead does seem forced at times, the overall charisma of the actors is good enough to lift the film. Liza Koshy, in particular, shines with her penchant for comedy and makes the film all the better.

All in all, ‘Work It’ is a charming film that you can watch over the weekend to have something to feel good about when nothing else seems to be going right around us. It might be just another variation of an age-old dance movie, but it does have a fire of its own to not completely turn us off. It does falter a lot, much like its lead, especially when it comes to exploring the individuality of the side characters in the film. We don’t get to know anything about them, apart from the fact that they are all outcasts and they all love to dance. It would have been great to find something more to connect with them. But to Sabrina Carpenter’s credit, we never think that Quinn’s storyline is taking up unnecessary time, which could have been dedicated to others. There are also here and there cheesy and run-of-the-mill lines about friendship and other things, but it’s not that bad. You’ll not feel like you have completely wasted your time with this one.