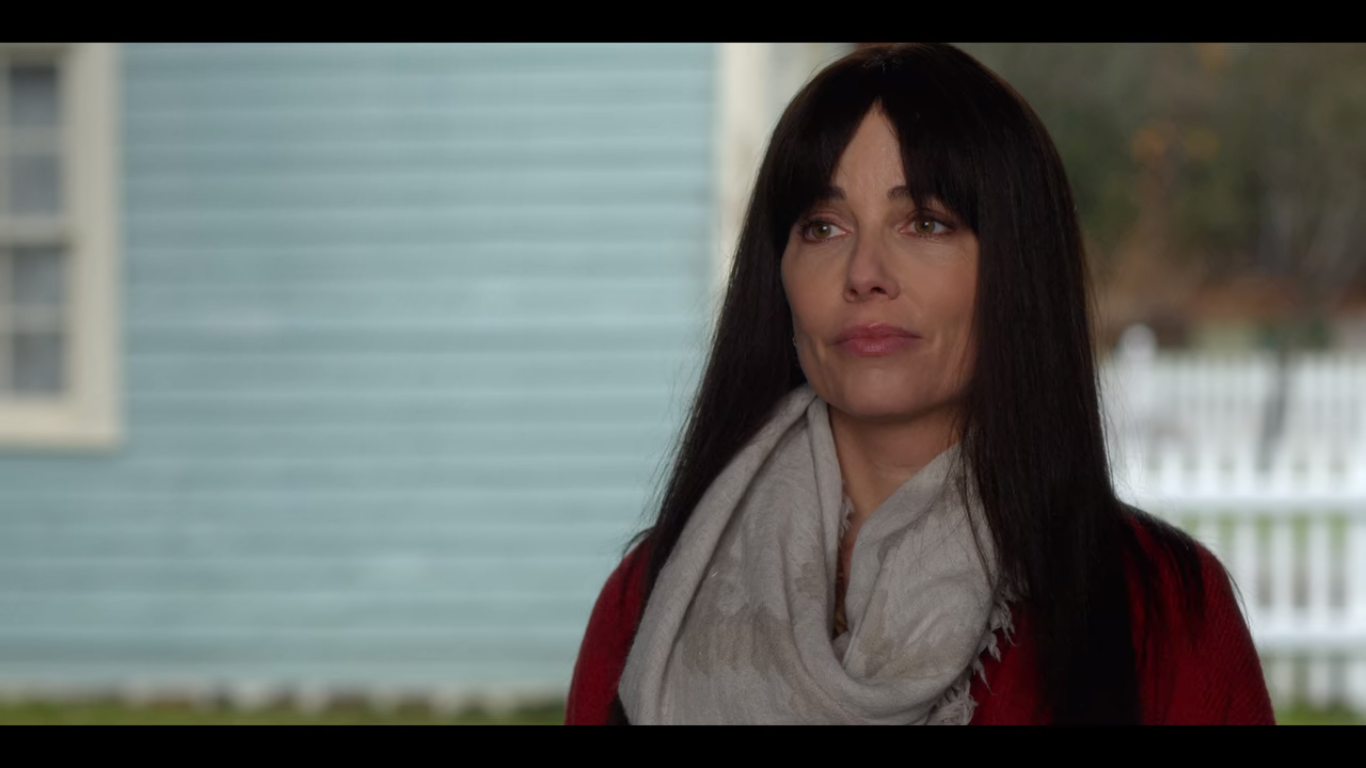 What makes a monster? Is monstrosity hereditary or do one’s own actions determine who they are? In its eighth episode, through the story of Alice, ‘October Faction’ gives us the backstory of the character that had been the villain, until now. From the very first episode, we see her going around killing people, taking a bath in a tub full of the blood of her victim. She is ruthless, unforgiving, and uncaring of who she kills. As long as they are in her way, she will eliminate them. In this episode, we find out what motivates her.

In the episode titled ‘Alice’, we discover that the warlock had been a part of the peaceful community in Harlow House. Even though Presidio was known for its barbaric reputation, Alice hadn’t lost faith in humanity. She sincerely believed that there could be a world where their kind could live peacefully with humankind. This leads her to let her guard down just once and she befriends a woman named Kate. A single mom, Kate soon becomes very close to Alice, and they confide in each other about a number of things. Alice’s husband is not so keen on his wife’s new friendship and warns her against it, but Alice believes otherwise. And then, the worst betrayal happens.

Fred and Deloris had kept a lot of things secret from their children, and Alice happens to be one of them. She had shown a keen interest in the twins, especially considering the connection that Viv seems to have with her. In this episode, we find out exactly why that is. Taking a break from the action and mystery that the show has created, one episode at a time, we go in the backstory of the antagonist and discover that we have been rooting for the wrong side all this time. There was no doubt, from the beginning, that Presidio was not exactly made of gold. However, we did like Fred and Deloris, even though one of them had been unfaithful.

Alice’s story allows us to look at the whole thing from a completely different perspective. It completes the puzzle, the breadcrumbs of which ‘October Faction’ had been leaving for the audience through its flashback scenes. It also acts as the stage for the revelation of some secrets; however, the viewers might have easily put two and two together, at least in the last episode or before that.

Almost every supernatural show tries to create sympathy for the devil. Most of the times (especially in case of vampires and criminals) we get a bad boy character who has been through tough time previously but shows promise for character growth. The allure of such arcs has been a proven formula to keep the audience interested. ‘October Faction’ pulls off a similar thing, but it is not the same. While shows take seasons, if not episodes, to create lovable villains, this show makes us sympathise, and even side with the devil, in the matter of just one.