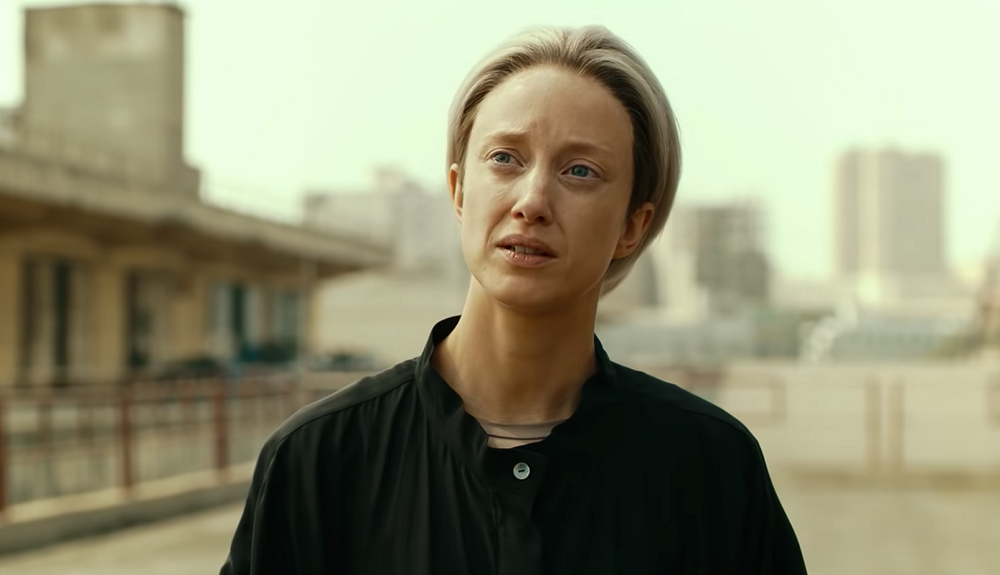 If there was any doubt about Chris’s fate when Stefano beat him to a pulp, the scales tilted dangerously against him as the pool of blood around his head grew rapidly. It was with this shot that the seventh episode had left us, the death of a character. The eighth episode begins with life. This could just be a picking-up-where-we-left-off move or an indication that in its final episode, ‘ZeroZeroZero’ is all about balancing the scales. As the story unfolds further, we see all the wrongs getting right, and a reshuffle in the business that Emma is at the centre of, for better or for worse.

With Chris dead and no sign of the shipment, Curtiga gives Stefano one final chance to save his family. He has to finish the job that he had started. He needs to kill his grandfather. Stefano agrees to do it and sets a meeting with Don Minu. Meanwhile, Chiquitita gives birth to a girl and Manuel realises how dangerous he is for them. He promises her that he will regularly send money for them and they will never want for anything, but he can’t stay. He tells her that he is the one who killed her husband, and then walks away to wreak havoc on Leyra. His army easily takes over, killing everyone in the process, and Manuel finds himself as the new boss.

Emma is devastated after Chris’s death. She is told that the Italians came for him, which makes it clear that Stefano did it. To exact revenge, she goes to Italy to meet with Don Minu and asks him to choose between the shipment and his grandson. When Stefano shows up, Don Minu makes the difficult choice, but the one that does not go against his business values. The deal is closed from their end and Emma gets back the money that her father had invested, reinstating her faith in Don Minu. This leaves the matters untended in Mexico, which is where she heads to next, not knowing just what waits for her there.

Every action creates a ripple effect and through the intricately tied-in stories of the people in three different countries, ‘ZeroZeroZero’ makes sure that the last episode brings everything full circle. Some fates were sealed right in the first episode, some pushed their way through to become more important figures than they had started out as, and then there were some who despite conquering all odds and against all hope met sad ends.

The plot of ‘ZeroZeroZero’ had rested on three pillars. Over the course of the season, we moved back and forth between them, viewing the story from everyone’s perspective and becoming familiar with the challenges that each party has to suffer with on their end. The approach of rewinding the timeline to catch up with the one running parallel to it served the story very well. At times, it could not escape the predictability that the plot was touched with, but it was enough to deliver the shocks and twists when they really mattered.

All in all, ‘ZeroZeroZero’ proved to be a formidable entry in the long list of TV shows woven around the inner working of the drug mafia and the crimes related to it. While Netflix has its ‘Narcos’, Amazon Prime has this to cater to the addiction that people have for such stories.

One of the main challenges was the sheer extent of the plot, encompassing three different sections, each of whom could have had an entire season dedicated to themselves. To confine all of that in just eight episodes was a challenging task, and though the show faltered at some places, it mostly succeeded in doing justice to the story and its characters. The final episode only drives it home and wraps up the first season with a neat bow, which could be untied for a follow-up season or left as is.