Where To Stream ‘Richard Jewell’? 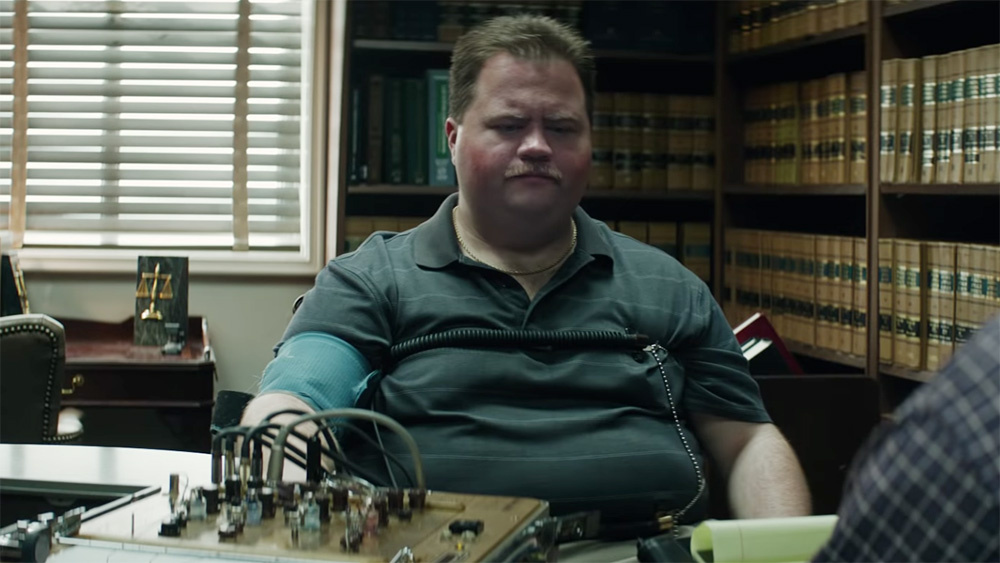 Clint Eastwood is one filmmaker who has always held on to a high standard of filmmaking and has never let that bar drop no matter what subject he is dealing with. Eastwood, who can be called one of the most popular western heroes of all time, rose to prominence with the ‘Dollars’ trilogy directed by Sergio Leone. And once he made those three films, there was no looking back. He soon stepped into the director’s chair and has given us some brilliant films over the years like ‘Unforgiven’, ‘Mystic River’, ‘Million Dollar Baby‘, and others. With ‘Richard Jewell‘, he brings to us one of the most shocking incidents of modern-day America where the Centennial Olympic Park was bombed during the 1996 Summer Olympic Games were being held in Atlanta, Georgia.

Interestingly enough, Eastwood is not the one who came up with this project in the first place. When ‘Richard Jewell’ was first announced, Leonardo DiCaprio and Jonah Hill were set to be the producers of the film with Hill playing the leading role. Other eminent filmmakers like Ezra Edelman and David O. Russell were also attached to the project before it went to Eastwood. Though Hill and DiCaprio are not a part of the film’s cast anymore, they are still among the producers of the same. You must be eager to know where you can stream ‘Richard Jewell’, and we are here to tell you just that. But before we do so, let us walk you through what the film is actually about:

What is Richard Jewell About?

A 1997 article published in Vanity Fair called ‘American Nightmare: The Ballad of Richard Jewell’ is the main source of this film. The eponymous central character of the film is a security guard who is on duty at the Centennial Olympic Park during the 1996 Summer Olympic Games in Atlanta where he comes across a pipe bomb in a green backpack. Jewell immediately manages to call the police and helps them evacuate the place to make sure no lives are lost. However, instead of receiving praise for the same, Jewell (Paul Walter Hauser) gets marked as one of the main suspects in the attack. This is when a lawyer called Watson Bryant (Sam Rockwell) comes to his aid.

Is Richard Jewell On Netflix?

There is hardly any other streaming service in the world that can rival the popularity that Netflix enjoys. Netflix’s collection of films and TV shows is always being updated, along with the number of original content that they are producing every month. However, ‘Richard Jewell’ is a film you will not be able to stream on the platform. You can, however, check out other biopics on Netflix like ‘Senna‘, ‘Lincoln‘, ‘Milk‘, ‘Malcolm X‘, and others.

Is Richard Jewell On Hulu?

If there is one streaming platform in the world which even comes near the popularity of Netflix and Amazon Prime, it has to be Hulu. With a highly curated collection of films and TV shows to choose from, Hulu offers its subscribers one of the best deals in the market. Owing to the fact that ‘Richard Jewell’ is still running successfully in theaters, you will not be able to stream this film on Hulu. However, you can check out other similar films on Hulu like ‘Three Identical Strangers‘, ‘Love And Mercy‘, ‘The Frozen Ground‘, and others.

Is Richard Jewell On Amazon Prime?

Amazon Prime is one of the best streaming services in the world and has enough potential to be a serious contender to Netflix’s popularity. However, ‘Richard Jewell’ is a film that you will not be able to watch on this streaming platform yet. If you are in the mood for some great biopics, you can check out films like ‘The Aviator‘, ‘Escape From Alcatraz‘, and ‘The Disaster Artist‘ on Amazon Prime.

Where Can I Stream Richard Jewell Online?

‘Richard Jewell’ is still running in theaters, and thus it will not be available anywhere online at the moment. We encourage you to enjoy the work of a master filmmaker like Clint Eastwood, by heading towards your nearest theater right away.

Is Richard Jewell Out On DVD and BluRay?

The DVD and BluRay of ‘Richard Jewell’ can be bought from March 2020. The digital copies of the film will also be available on iTunes and Amazon Video from the same time. However, if you cannot wait that long, you can preorder your copy here.

Can I Stream Richard Jewell Online For Free?

‘Richard Jewell’ is a very important film with some huge names involved with the project. Therefore, there is no way to watch this film for free anywhere online. We as film fans should always support original movies like ‘Richard Jewell’ by making sure we pay for these films by watching them at our nearest theaters.