‘Rick and Morty’ season 5 episode 4 is arguably the animated show’s weirdest episode yet. The episode follows the titular duo and the rest of the Smith family as they try to deal with giant sperm monsters, which are a result of a secret Morty has been keeping from everyone. The hilarious episode also introduces us to the underground dwelling horse people known as CHUDs. The ending of the episode makes two major revelations that are likely to have a large impact on the show moving forward. Here’s everything you need to know about the goofy episode’s events and ending. SPOILERS AHEAD.

The fourth episode of season 5 is titled ‘Rickdependence Spray’ and opens with Morty at Beth’s hospital learning about a device used to extract horse sperm. A week later, we learn that Morty has been using the device to pleasure himself. Rick arrives with a gallon of horse sperm stolen from Beth’s hospital. He wants to use it to fight the CHUDs. Morty, fearing that his dirty secret will spill out, convinces Rick to use the sperm without testing.

This results in a huge explosion that knocks Morty out. When Morty wakes up, he sees giant sperm monsters threatening the neighborhood. Soon, Rick, Morty, and the Smith family are called upon by the President to help deal with the crisis caused by the sperm monsters. How Rick and Morty save the day makes up for the rest of the episode.

Rick and Morty Season 5 Episode 4 Ending: What Happens To the Sperm Monsters? 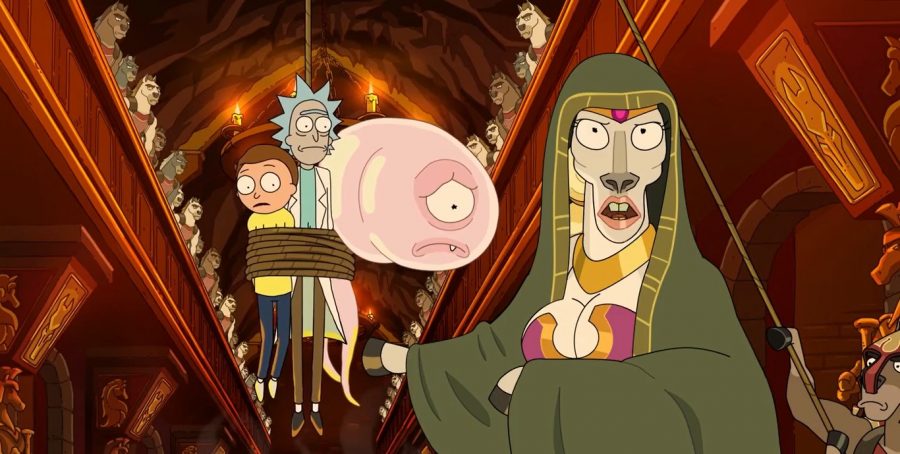 The plan to use the egg to attract all the sperm monsters backfires, as the egg belongs to Summer and the sperm monsters come from Morty. Therefore, if the egg is fertilized, it would result in giant incest. The President tries to stop this from happening but fails. Sticky, the sperm monster Morty saved earlier in the episode, reaches the egg.

What Is the Giant Space Baby?

In the post-credits scene, an astronaut is seen repairing an artificial satellite in space. Just then, a large shadow looms over him. We see a giant space baby grab hold of the astronaut. This giant space baby is the baby born from Summer’s egg fertilized by Morty’s sperm. Essentially, it is a baby born from incest in the most hysterical and unwitting circumstances.

The baby looks human but is larger than an average human baby. It has Summer’s hair, and its eyes are like Morty’s. It is unknown how the baby was born in space by itself. It is also unclear how the baby is able to survive in outer space without food or oxygen. However, laws of real-world science seldom apply in the show’s world of science fiction concepts. Before the egg is launched into space, Summer tries to shoot it with a rocket launcher, but the President stops her. This can be interpreted as a visual gag for abortion. The President stopping Summer can be seen as a representation of the conflicting opinions about abortion.

What Happens To Rick’s Baby?

Morty is not the only person to father a child in the episode. Rick also becomes a father to a human-CHUD hybrid baby. The CHUD princess with who Rick had an affair reveals that she is pregnant with Rick’s baby. In the closing moments of the episode, the princess gives birth to a baby who resembles Rick but is a humanoid horse. The baby jumps underground almost immediately after being born. The princess reveals that the CHUD babies are born self-sufficient and do not need to be nourished or raised like human babies. 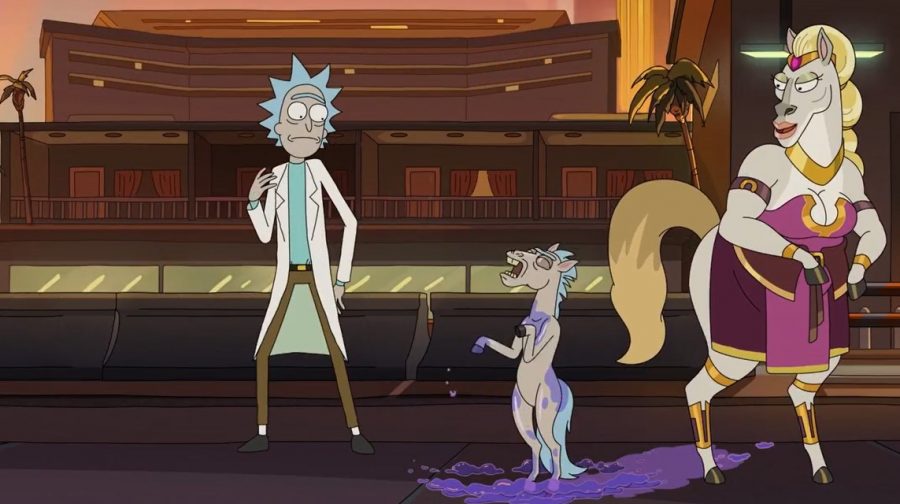 When the baby is born, Rick seems happy and excited. However, after he learns that he can’t raise the baby, he looks a little disappointed. It is possible that Rick has come around on his opinion about family and children and actually wants to become a better father. The CHUD baby could have provided Rick with that opportunity. However, it is also possible that Rick is faking caring about the baby and the princess to protect himself from the CHUDs. The episode also ends with an ominous voice-over saying that it was easy, which hints that Rick, sooner or later, planned to break things off with the princess.