‘Rick and Morty’ season 5 episode 8 is a trippy, mind-bending journey into the subconsciousness of Birdperson, Rick’s former best friend, who has been turned into a cyborg by his wife, Tammy. The latest episode follows Rick’s attempts to save his best friend’s life, but his motivations behind the act might not be ideal. If you watched the episode and were left puzzled by its meta-references to previously established canon, allow us to break down the episode’s events and ending for you. Let’s dig right into it! SPOILERS AHEAD!

The eighth episode of ‘Rick and Morty’ season 5, titled ‘Rickternal Friendshine of the Spotless Mort,’ opens with the Smith family leaving for a day out. Rick stays behind to work on a top-secret project. As soon as his family leaves, Rick begins to work on reviving Birdperson. Rick learns that Birdperson’s mind has been hidden inside his subconscious mind. To save his friend, Rick decides to enter Birdperson’s subconscious mind.

Once inside, Rick meets a badass but suffocating younger memory of himself. We also get a glimpse at the start of Rick and Birdperson’s friendship. Rick teams up with Young Rick to save his friend, and they pursue the real Birdperson. However, once Rick catches up to Birdperson, the alien reveals that he no longer wishes to live and bombs his inner subconscious.

As the world of Birdperson’s memories begins to collapse, Rick and Young Rick go through a memory of the Battle of Blood Ridge, where Rick and Birdperson’s friendship hits a bump. After making it through the battle, Rick finds Birdperson inside a memory where Birdperson and Tammy are still together. Birdperson insists that he wants to die, but Rick makes a startling revelation that changes everything.

In the episode’s closing moments, Rick reveals that Birdperson has a child whose existence he isn’t aware of. After Birdperson hears the news, he has a change of heart and decides to live. Before the subconscious mind of Birdperson collapses, Young Rick sacrifices himself so that Rick and Birdperson can escape. They do so just in the nick of time and return to their bodies. 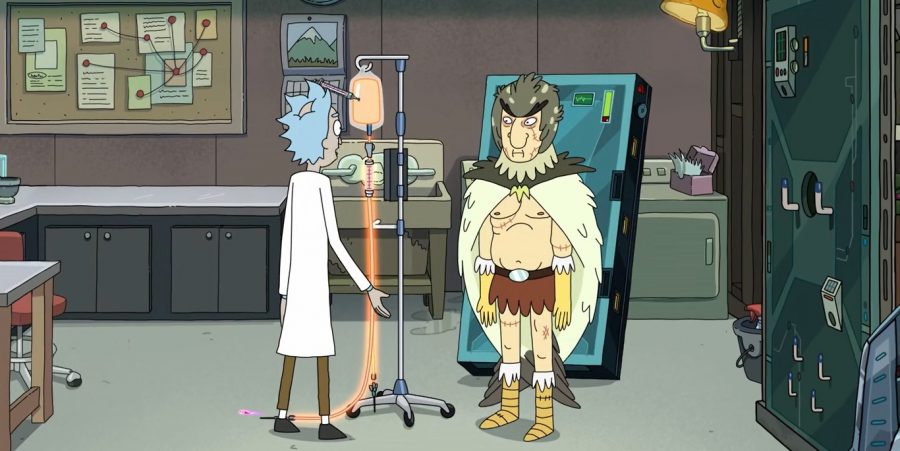 In the end, Birdperson lives, but his friendship with Rick suffers yet another blow. While Birdperson is thankful to Rick for saving his life and not giving up on him, he points out that Rick chose not to reveal the existence of his child until it became vital to his own survival. Rick admits to acting selfishly, and Birdperson is disappointed. Therefore, the exact nature of Rick and Birdperson’s friendship has become more complex than before.

The moment also underlines Rick’s longing for companionship despite his belief that nothing really matters. Perhaps, he is so caught up in his existentialism that he pushes away the people that matter to him without even realizing it. It is likely that Rick only wanted to revive his friend so that he has a companion. That might be true to some extent, but Rick also shows genuine concern for Birdperson when he reveals his intention to die. Now that Birdperson is alive again, Rick will have to make things right with his friend. We know that Rick values and respects Birdperson, so we could see a more friendly reunion between the pals in the future.

Is Young Rick a Memory or Real?

It is not fully revealed whether Young Rick decides to turn into a real person or stays a memory. Rick definitely has a liking for Young Rick despite his naivete. Rick usually does not like alternate versions of himself, but Young Rick is different. He is a construct of Birdperson’s admiration for Rick. Therefore, Young Rick stands as proof that someone admires Rick, whereas Rick loathes himself.

Who is the Girl in the Post Credits Scene?

In the post-credits scene, set inside a Gromflomite prison, we see a young girl quietly eating her food. A prison inmate pushes her plate aside, which angers the girl, and she brutally attacks the inmate. The guards have to intervene to stop the fight. This girl is none other than Birdperson’s daughter. She has a pair of wings like her dad and is also brutishly strong despite her young age. Her face resembles her mother, Tammy, which further proves that she is the daughter of Birdperson and Tammy. The character will likely factor into future episodes, and we might learn more about her past.

Read More: Is Beth Dead or Alive in Rick and Morty?