Is Beth Dead or Alive in Rick and Morty?

‘Rick and Morty,’ created by Justin Roiland and Dan Harmon, follows the adventures of crazy/genius scientist Rick Sanchez and his teenage grandson, Morty Smith. The show has gained popularity for subverting various science fiction tropes and having a highly complex canon. It has often bent and tweaked the canon to deliver some startling twists, but the reveal that comes in ‘Rick and Morty’ season 5 episode 8 is bound to leave fans bamboozled. A seemingly throwaway moment in the episode leaves a huge question mark with regard to Beth’s fate. If you are confused about what the moment means for Beth’s status and Rick’s past, here’s a simplification that should help you grasp the consequences of the revelation.

Is Beth Dead or Alive in Rick and Morty?

Beth Smith is the daughter of Rick and the mother of Summer and Morty. So far, the fans know that at a certain point in his life, Rick abandoned his daughter and returned years later. These events take place before the show’s first episode, and not much is known about Rick and Beth’s past before that. The original Beth from Rick and Morty’s native C-137 dimension is the one we see until season 3. 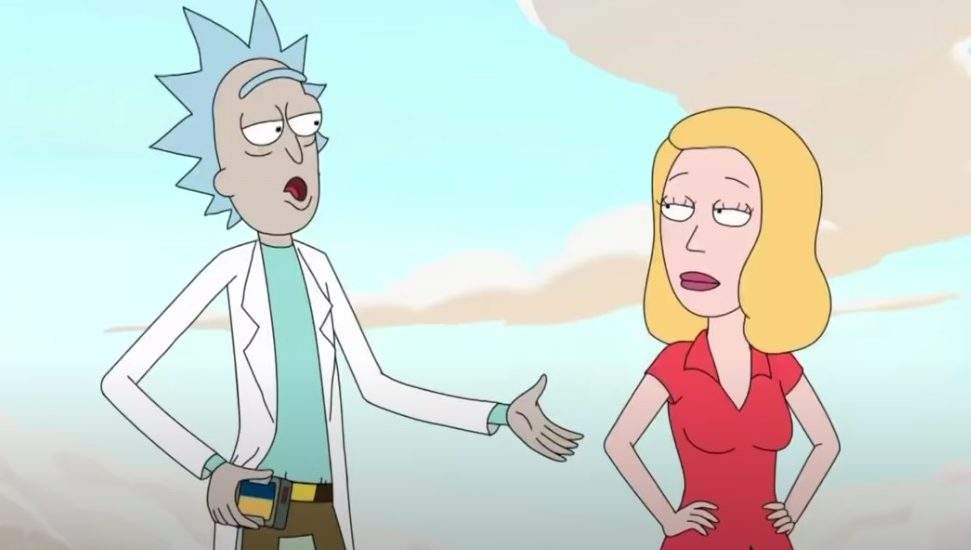 Rick and Morty are forced to move to the Replacement Dimension, and the remainder of the Smith family from the C-137 dimension lives in the post-apocalyptic remains of their world. The Beth from the Replacement Dimension is cloned by Rick, leading to the creation of Space Beth. Rick erases his memory of which one is the clone. Therefore, it currently remains unknown which Beth is the real Beth of this dimension. However, episode 8 of season 5 hints that all these Beths are not the original Beth.

In the episode, Rick meets a younger version of himself in Birdperson’s mind. During a conversation, Rick tells Young Rick about Morty, his hypothetical future grandson. Young Rick is disgusted that Rick is living with one of the abandoned versions of his dead daughter. This seemingly suggests that Rick’s original Beth died prior to the events of the show, and the Beth he is living with at the start of the show is an alternate version whose Rick abandoned her.

As fans might recall, in the third season premiere, we get a glimpse of Rick’s past through a memory he shows the Galactic Federation. In that memory, an alternate version of Rick offers Rick a chance to become a God. However, Rick refuses, and the alternate Rick kills Rick’s wife, Diane, and a young Beth. Rick later says that the memory was fake. However, the eighth episode of season 5 seems to hint that a version of these events might be true.

It is also important to remember that Young Rick is a construct of Birdperson’s memories, meaning he only knows what Birdperson thinks is true. Although, Birdperson is the closest friend of Rick and he might know about Rick’s past and the death of his daughter. In the fifth season premiere, Mr. Nimbus, another (former) friend of Rick, mentions Diane as Rick’s wife. This further suggests that the memory could be true, and Rick’s original Beth died long ago. Beth dying in her childhood would also explain why Rick calls Morty a “hypothetical” grandson.

All things considered, Rick possibly has two backstories. On one hand, he could have chosen not to become a scientist after an interaction with his alternate version, leading to the alternate Rick killing his family. In the second, Rick probably abandons Beth at a young age to become the megalomaniacal scientist who visits and kills the family of his alternate self. While it is in no way confirmed that Rick’s original Beth is dead — or if the memory of Rick in which Beth dies is real — the conversation between Rick and Young Rick is as close to a confirmation as we’ll likely ever get.