After a rollercoaster of a season that took the titular duo on many adventures, ‘Rick and Morty‘ season 5 comes to a close with a two-part blockbuster of a finale. The finale examines the relationship between the super-genius grandfather and his kind-hearted grandson and ushers it into a new direction that will have major consequences moving forward.

However, in the process, there are also a few questions left unanswered. Without further ado, let us dive into the episode’s events and answers some of the questions you might have regarding ‘Rick and Morty’ season 5 finale’s ending. SPOILERS AHEAD!

During the first part of the season 5 finale, Rick and Morty go through a rough patch in their relationship. Morty has been using Rick’s portal gun to go on solo adventures. He tries to refill the portal fluid with a homemade alternative which Rick finds out about. Rick and Morty quarrel, and when Rick threatens to replace Morty, the teenager dares his grandfather to do it.

Rick replaces Morty with two crows while Morty bonds with a stranger named Nick. Eventually, both realize that they are on a rebound. Rick understands that his relationship with Morty was abusive, and the two tearfully part ways. In the second part of the finale, Morty tries to emotionally blackmail Rick into returning to him by turning into a pathetic 40-year-old version of himself.

Rick does return, but only after his crows dump him for his arch-enemy, Crowscare. Rick and Morty head to The Citadel to return Morty to his 14-year-old self. There, President Morty invites them for dinner and unravels some nasty and dark truths about Rick and The Citadel. He puts his master plan into motion, leaving Morty to make a tough decision.

Rick and Morty Season 5 Ending: What is the Central Finite Curve? Does President Morty Destroy It?

Towards the end of the episode, we learn that President Morty (aka Evil Morty/Eye-Patch Morty) reveals that The Citadel provides an infinite number of Ricks an infinite number of Mortys across various alternate universes. The Citadel is a symbol of capitalism. The Central Finite Curve is a wall created by Ricks that separates all the infinite universes where Rick is the smartest person in the universe, and the Mortys are destined to be abused by Ricks. 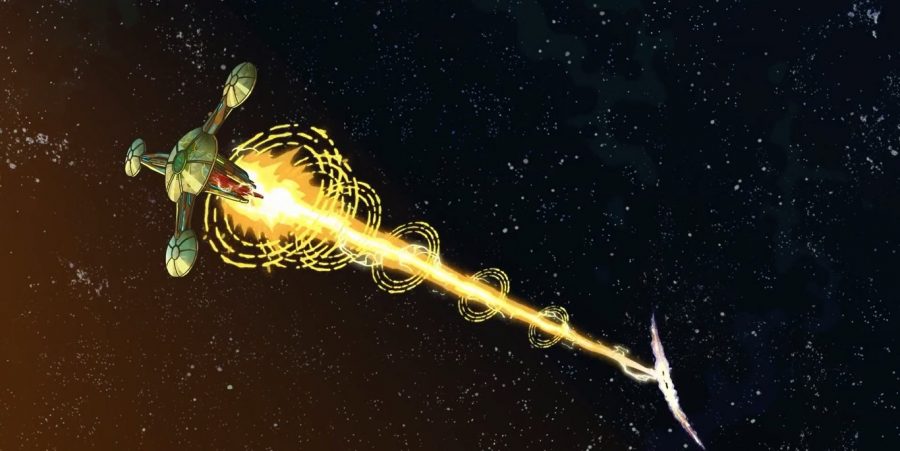 President Morty’s plan is to escape from this Central Finite Curve. He harnesses the energy of Mortys powering The Citadel to open a hole in space-time so he can travel to the other side of the curve. President Morty offers Morty a chance to come with him, but Morty chooses to stay with Rick. The hole in space-time starts to destroy The Citadel and the curve itself. Rick and Morty work together as partners to escape the destruction. However, by then, both The Citadel and the Central Finite Curve are destroyed.

In a way, The Citadel represents the abusive relationship between Rick and Morty. The destruction of The Citadel signifies the end of the toxicity in the duo’s relationship. The duo working together underlines the fact that Rick sees Morty as a partner. However, now that the Central Finite Curve is no longer separating the infinite universes, we could see pairs of Rick and Morty with Morty as the more dominant one of the two. It could also mean that there are universes where Rick Sanchez is not the smartest person in the universe.

For a long time, fans only knew a part of Rick’s backstory. The season 5 finale confirms Rick’s tragic backstory and asserts that the Rick we have been following thus far is indeed Rick C-137. In the third season premiere, we see that Rick shows the Galactic Federation a memory that reveals his wife, Diane, and daughter, Beth, were killed by an Evil Rick. Initially, we were led to believe that this memory is fake, but the fifth season finale confirms that is exactly what happened. 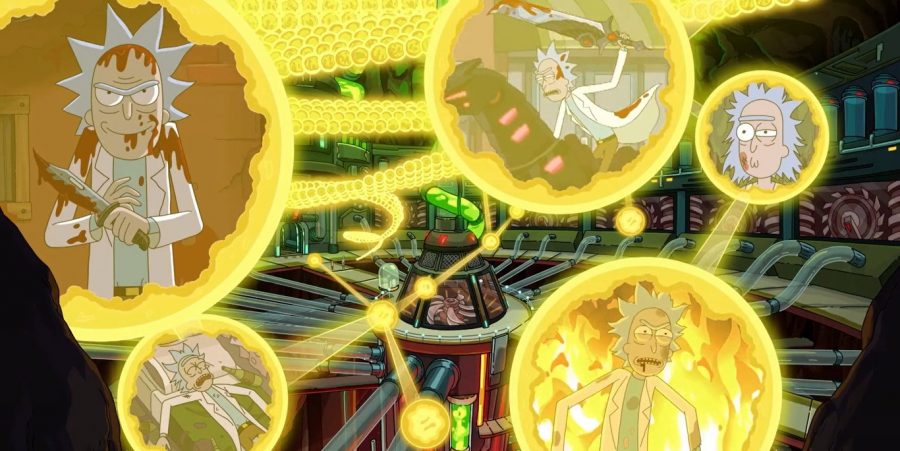 We also learn that the loss of his wife and daughter put Rick on the warpath, and he hunted down every version of Rick across the alternate universes in a bid to kill the Evil Rick. He spent years killing various Ricks until a few alternate versions convinced him to form a truce. Through this truce, The Citadel was created, making Rick C-137 a founding member.

It is never explicitly explained why Rick agreed to create The Citadel despite his obvious disdain for alternate versions of himself. It is possible that through The Citadel’s plan of creating a Central Finite Curve, Rick became aware of the influence of Morty on his life. Therefore, Rick agreed to the truce allowing him to take place with an alternate version of his dead daughter’s family. On a broader scale, Rick teaming up with Morty is an act of redemption for the genius scientist.

The question that has long lingered over the show’s canon and the fandom’s mind is finally answered during the fifth season finale. Prior to this, a popular fan theory was that Evil Morty/ President Morty is the Morty from the C-137 dimension. At some point, he went rogue and decided to turn on Rick C-137 leading him to find a different Morty. During the season 5 finale, President Morty exclaims that becoming sick of Rick is what makes a Morty evil hinting that he indeed turned on his Rick.

However, the confirmation on Rick’s backstory discredits this particular fan theory. President Morty is not Morty C-137. As we already know, Rick C-137’s Beth was killed when she was only a child. Therefore, she never married Jerry and never gave birth to Morty. As a result, Morty C-137 does not exist at all. This also explains why Rick C-137 acts more independently in comparison to the other Ricks we have seen. He is co-dependant on Morty but in an entirely different way.

The version of Morty we have seen accompany Rick C-137 thus far tends to grow sick of Rick from time to time, but it brings a positive change in Rick. Therefore, Morty isn’t evil as President Morty claims he is. This version of Morty had been unaware that he is not from the same dimension as Rick. Now that Morty knows the truth, we will have to wait and see if and how it will affect Rick and Morty’s relationship.