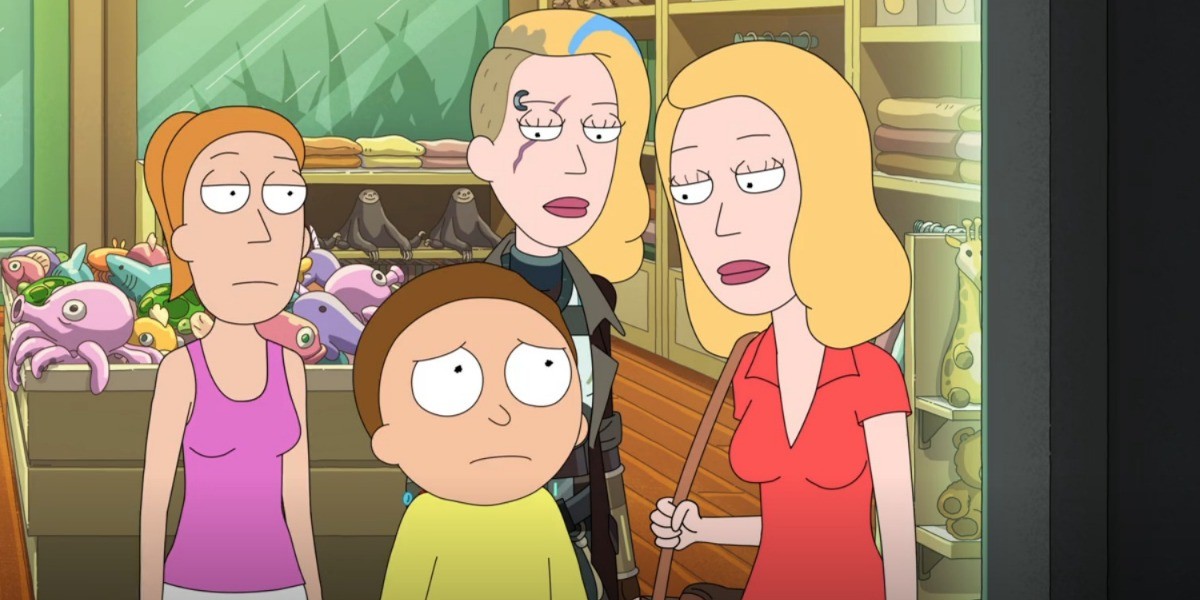 The fifth episode of ‘Rick and Morty‘ season six treats viewers to an unexpected team-up between Rick and Jerry. The episode, titled ‘Final DeSmithation,’ sees Rick helping Jerry avoid a fate predicted by a fortune cookie. The cookie suggests Jerry will end up sleeping with his mother. While Rick does not take the suggestion seriously, he soon learns the truth about the fortune cookies leading to one epic adventure. However, after the adventure ends, we return to the Smith family’s regular life. The post-credits scene of ‘Rick and Morty’ season 6 episode 5 updates viewers about the rest of the family’s whereabouts, and here is what Morty’s experiences in the scene signify. SPOILERS AHEAD!

The fifth episode of ‘Rick and Morty’ season 6 is titled ‘Final DeSmithation,’ and is a reference to the ‘Final Destination‘ franchise. The film series revolves around characters trying to avoid dying a grim death. Similarly, the episode sees Rick helping Jerry avoid a dark fate predicted by a fortune cookie. The duo discovers that the cookies come from the poop of a space worm. Ric and Jerry track down the boss of the Fortune 500 company that makes the fortune cookies. Rick defeats the boss and dispels her and the space worm through a black hole. In the end, Rick saves Jerry from having sex with his mother. 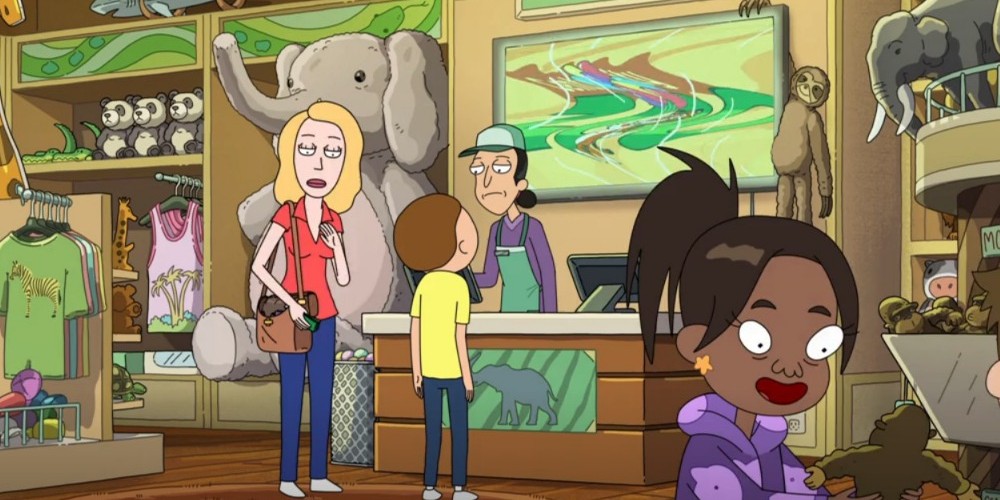 Most of the episode revolves around Rick and Jerry’s adventure, and the rest of the Smith family is missing. At the episode’s start, we see Beth, Summer, and Morty leaving the house to spend a day at the zoo. Viewers are reunited with the Smith family in the episode’s post-credits scene. The scene sees Morty, Summer, Beth, and Space Beth at the zoo gift shop. In the store, Morty watches a commercial on the television. The commercial depicts a public service warning coming from the zoo that warns the visitors not to eat the animal food meant for zebras. However, the humans continue eating the animal food and start falling sick. Morty is confused by the advertisement that ends with the humans killing each other for animal food.

The post-credits scene provides viewers with a hilarious call back to the episode’s opening, which depicts Jerry stating his adoration for the zebra food at the zoo. The twisted and dark commercial remains within the episode’s theme as Morty tries to deduce its meaning. Ultimately, Morty concludes that the zoo in the commercial is a human zoo and the animals are the ones who feed the humans. The commercial itself feels like an episode of ‘The Twilight Zone,’ as it starts like a live feed from the zoo and quickly escalates into a gory crime scene.

Ultimately, the strange and dark commercial in the episode’s post-credits scene provides a hilarious twist to the concept of zoos. It bends the sci-fi trope of humanity abusing animals and puts an exciting spin on the human zoo concept. It also explains Jerry’s weird obsession with the zebra food and gives viewers a glimpse at the absurdity the Smith family faces daily. Neither Summer, Beth, nor Space Beth is fazed by the fact that they are in a human zoo, and Morty mutters to himself as he ponders the implications of the commercial. However, the post-credits scene barely adds any narrative significance to the episode’s story and is just an extra funny moment.