Riley Christian From The Bachelorette: Everything We Know

‘The Bachelorette’ is a famous dating reality television show and the spin-off series of ‘The Bachelor,’ both of which aim to find “the one” for the lead. Season 16 of ‘The Bachelorette’ gave the same opportunity to Clare Crawley, a 39-year-old hairstylist from California. She made history on the franchise by spotting her now-fiancé, Dale Moss, within days after the season debuted on October 13, 2020.

Tayshia Adams, a 30-year-old former phlebotomist from Newport Beach, replaced her soon after and began her journey to look for true love. In a show with the drama going on left, right, and center, one of the contestants who was perceived as the most “unproblematic” is Riley Christian. His enigma made us curious to dig deeper into his life, and here is everything we found out!

Riley Christian is a 30-year-old Detroit, Michigan native who came to ABC’s hit series to find his soulmate and start a family. The hunk had spent a major part of his high school years playing baseball and was drafted by the Philadelphia Phillies in the 30th round. The athlete went on to play the sport at Division I, Division II, and Junior Collegiate levels. He then attended The University of Findlay in Ohio as an undergrad and received his Bachelor of Arts degree in Journalism in 2013. 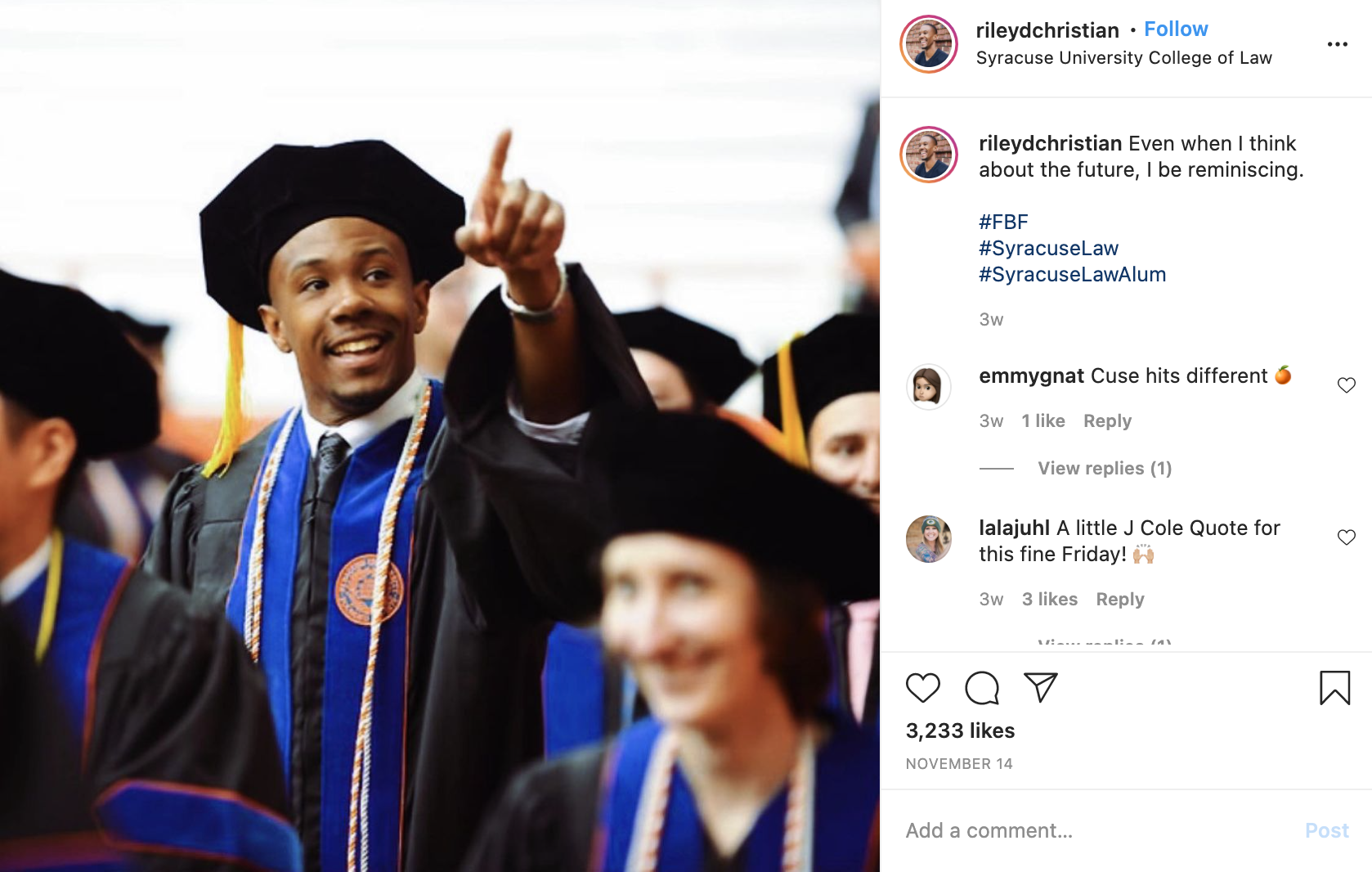 Eventually, Riley moved to Upstate New York to pursue his higher studies from Syracuse School of Law to receive his Juris Doctor degree in 2016. During these years, he joined the Syracuse University Science and Technology Law Program though in which he was a research assistant for Regeneron Pharmaceuticals.

It would not be an exaggeration to claim that Riley Christian is, in fact, a complete package. He is a man with a charming personality and a law degree to his credit. But his illustrious achievements don’t take away the fact that Riley had a rather disturbing upbringing. After the lie detector signaled him lying about his name on the show, he confessed his real name to be Dwayne Henderson Jr. During a vulnerable moment, he elaborated the complicated backstory to Adams, telling her that he was originally named after his father. 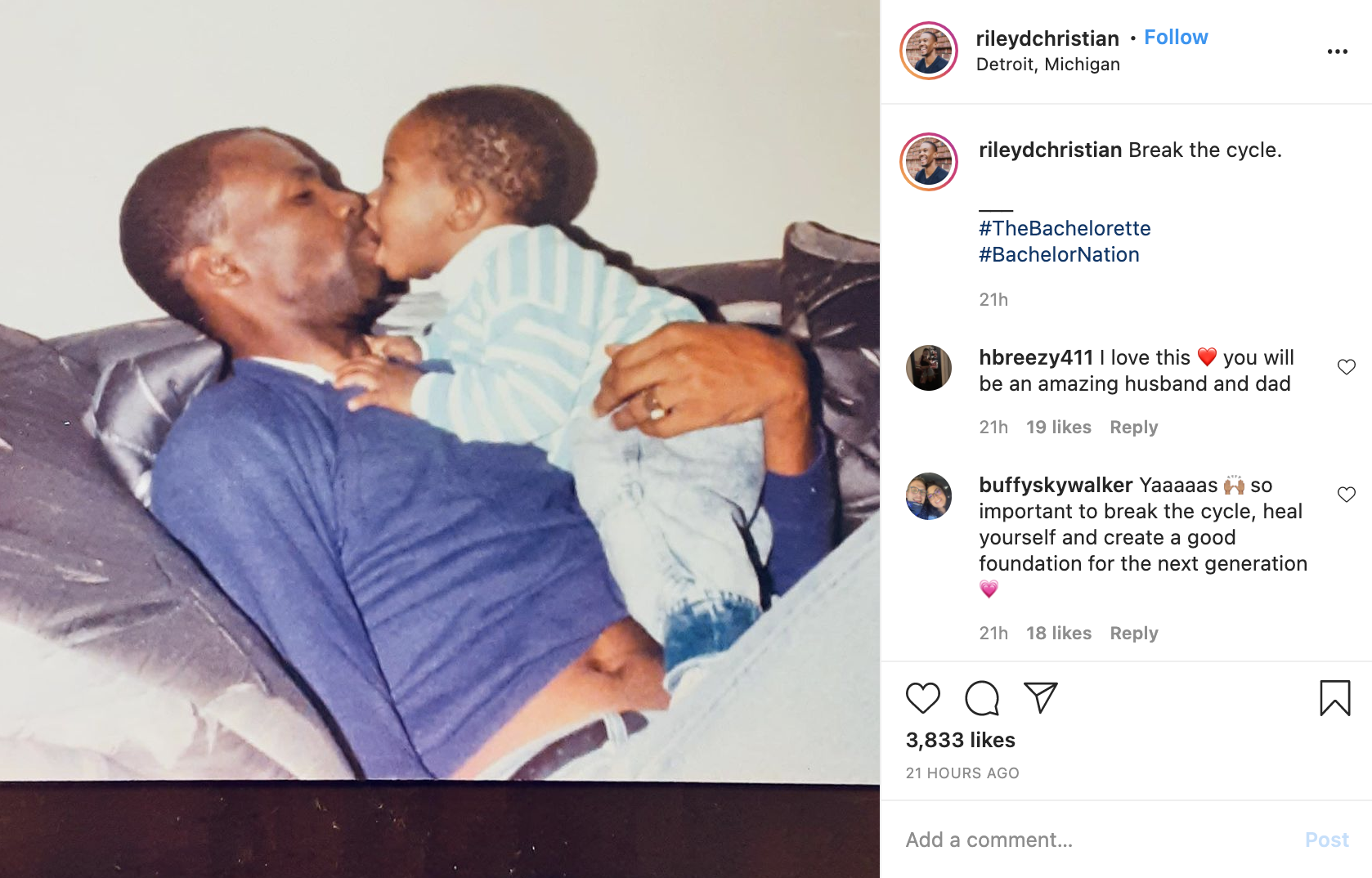 Riley had an amicable equation with his old man during his childhood and even considered him his “best friend.” But as he grew up, he realized that his father had taken “some things” away from his mother that were not originally his. He also revealed that his dad viciously took the sole custody of both the children, Riley and his brother, which left their mother with nothing. He admitted to having missed out on sharing a loving bond with her due to the things his father had filled his brain with. Thus, at the age of 22, he legally changed his name to Devon Riley Christian. Despite everything, he still loves his dad and misses him every day. 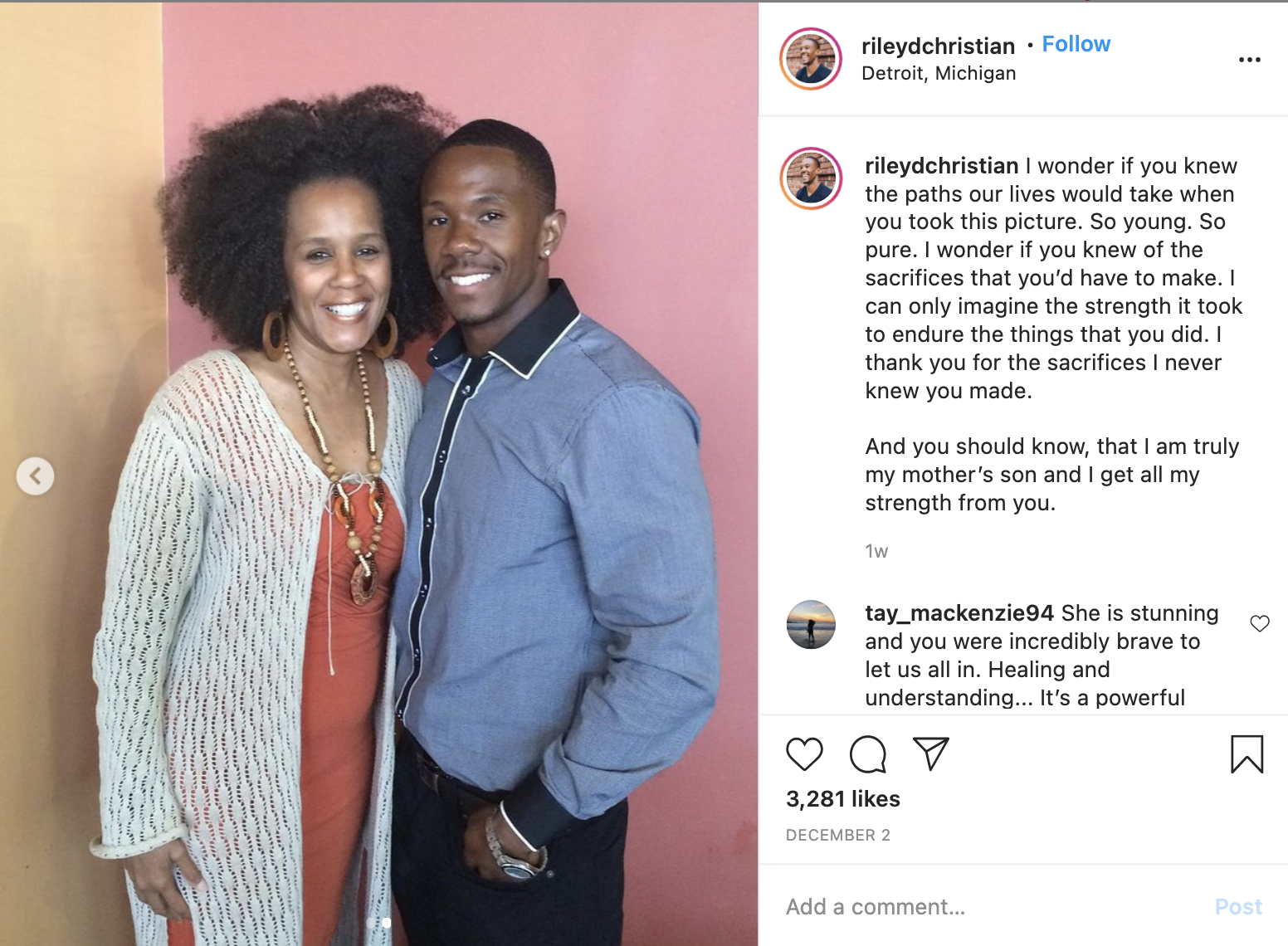 Riley Christian is renowned as the fan-favorite contestant on ‘The Bachelorette’ and one of the top contenders for Tayshia Adams. But even before his stint as a reality TV star, he had a stable professional career. While he looks no less than a model due to his perfect built, the man is actually an attorney practicing medical malpractice. The somber nature of his job profile lends to his personality an appealing quality. 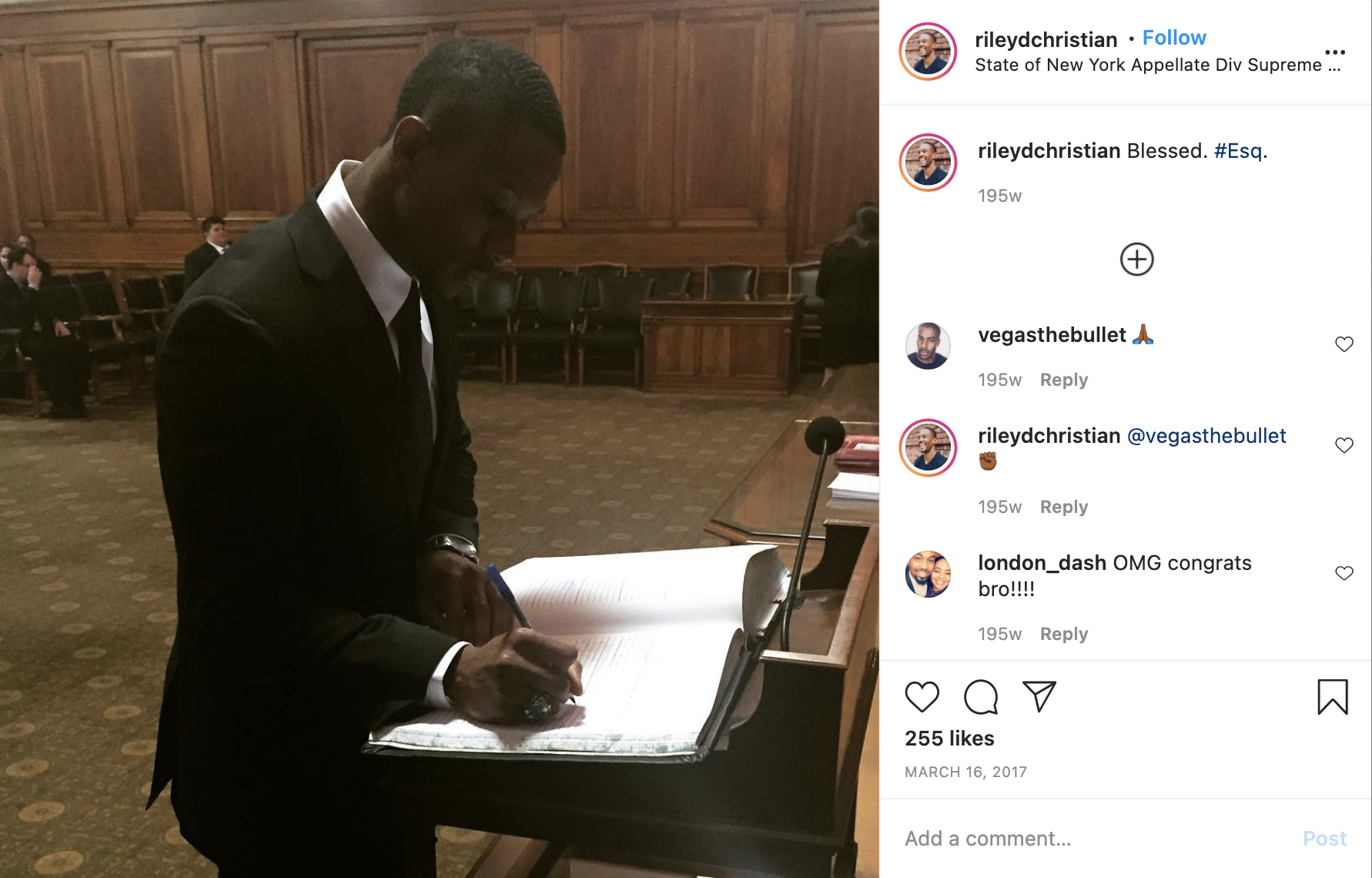 While Riley was still a law student, he founded “Reberth,” a sports representation company. Implementing his field experiences in the practical world, he helps the “players on their journey to the Majors” and plays the role of a baseball (sports) agent. The self-proclaimed workaholic is also a real estate agent and carries on his work from Long Island City, New York.

Read More: Demar Jackson From The Bachelorette: Everything We Know