All Rocky Movies, Ranked From Worst to Best 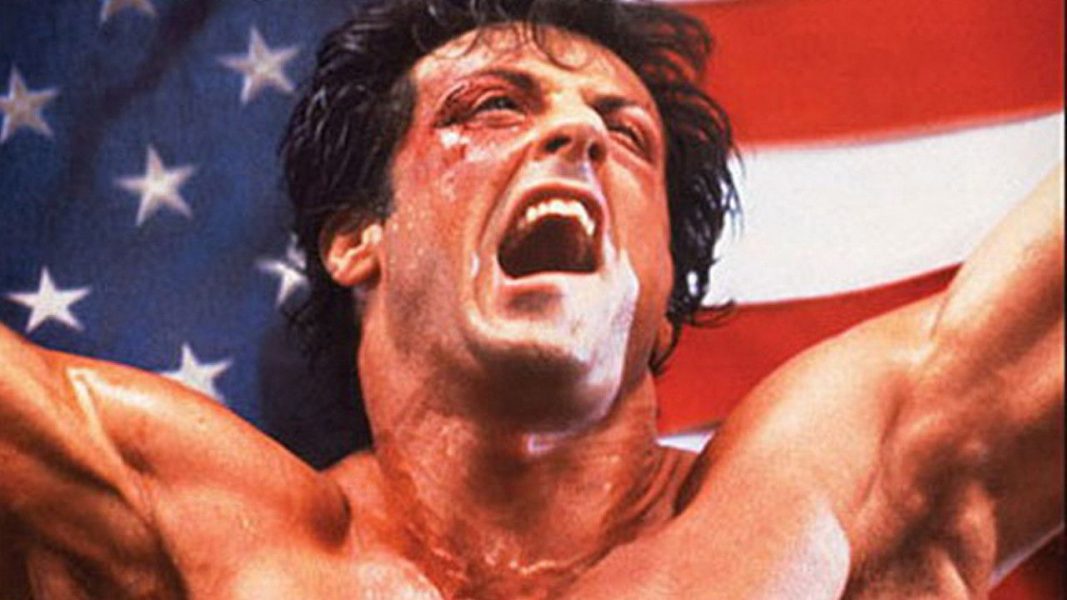 “It ain’t about how hard you can hit. It is about how hard you can get hit and keep moving forward.” Rocky Balboa rests in the golden annals of cinematic history as a champion of the ‘American Dream’. The iconic character, brought to life by Sylvester Stallone, is also one of the most decorated film characters, especially when it comes to franchises. The story behind the making of ‘Rocky’ is also inspiring and is reflective of the man who played him. Stallone was down to his last dollar when he finished writing the script and was actually homeless for a good duration of time. The first installment won the Oscar for the Best Picture (debatable) and grossed over 200 times its paltry budget. The series has spawned over seven films, including the Michael B. Jordan starrer ‘Creed’.

While it is difficult to come up with a numbered list to designate the quality of each film, which had Stallone at its heart, the overall feel has certainly been different for each. So here is the list of all Rocky movies ranked, from best to worst. Which is your favorite Rocky movie? And what do you think is the best Rocky movie?

Despite the return of the original director John Avildsen, ‘Rocky V’ ends up at the bottom of the list. By the time of the release of the movie, it was expected to culminate the story of Balboa and draw curtains on one of the greatest romances of Stallone’s with the audiences. As it turned out, the film disappointed, both commercially and critically, with Stallone himself labeling the film as a “mistake”. The plot saw Balboa return to the US after his tussle with Drago in Moscow and discover the drainage of his wealth to see him become broke. Requiring money, Rocky reluctantly accepts the challenges of Cane, and emerge victorious. 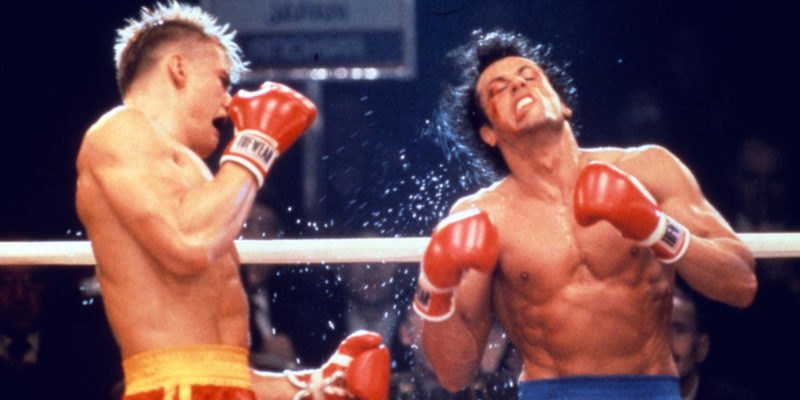 The death of a friend and a close one is always tough. Different people deal with their grief in different ways. While some channel their anger and melancholy by physical means, others just let time do its job. But when the element of revenge dominates, the will to listen to reason subverts to the drums of cold blood and macabre. Rocky breaks his resolve to not take the ring to avenge the death of his friend and the result is yet another exciting fixture. Not much to add to the story or Stallone’s performance. But the surround cast certainly steps up and does a great support job. 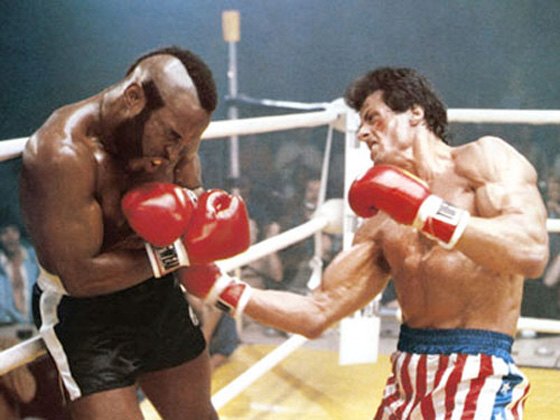 The third part differentiates itself from the other installments by changing the tone and motive of Balboa. While the slurry mouthed protagonist is always chasing the elusive and working hard to undo the top-dog, ‘Rocky III’ takes a detour and instead pits him against his own destiny as an underachiever. While still employing the tried and tested narrative tropes, ‘Rocky’ yet again proves an enticing fixture and remains entertaining throughout. 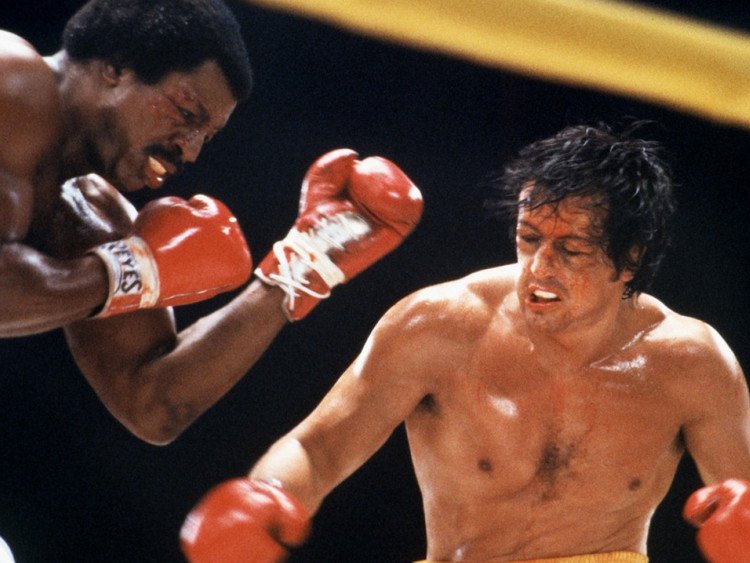 ‘Rocky II’ for most parts dabbles well within the extents set by its famed predecessor. But as the movie progresses, it gradually evolves and makes a valiant effort to become a movie of itself. The mighty Apollo Creed’s fall from grace, despite a win, makes him paranoid and eager for a rematch with Rocky. The Italian Stallion, on the other hand, is in no mood to go for one, still flourishing in his new found satisfaction with Adrian. It remains to be seen how the two men come to a compromise and further their friendship. As a successor to ‘Rocky’, the second part is worthy enough and has overreaching legs to standout as a contrasting tale of two men, starkly similar in spirit.

Read More: All Lord of The Rings Movies, Ranked 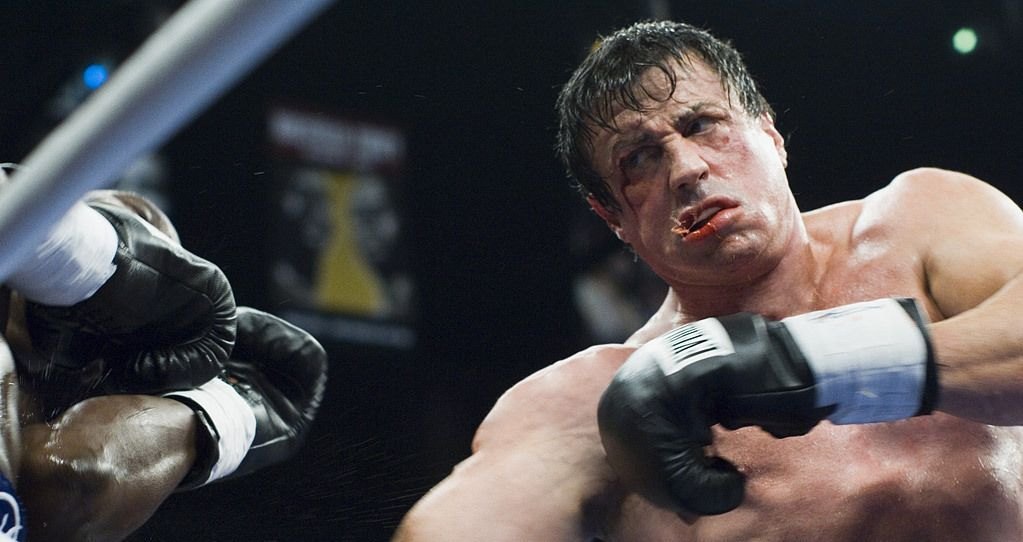 Rocky’s retirement was something that the audience fantasized and feared since the very first step he took in the ring. The 2006 installment realized that dream and instantly made a deep impact on us. Seeing Rocky alone, having lost Adrian to cancer, was excruciating for fans who’ve seen him dominate the fiercest of competitors in the past. A computer simulation eventually leads him to take the ring again, albeit this time, the stakes aren’t that high. ‘Rocky Balboa’ is written and directed with maturity and an urgent sense of melancholy. Stallone is stellar once again as the celebrated southpaw and makes sure his last big screen presence is heartfelt and honest. 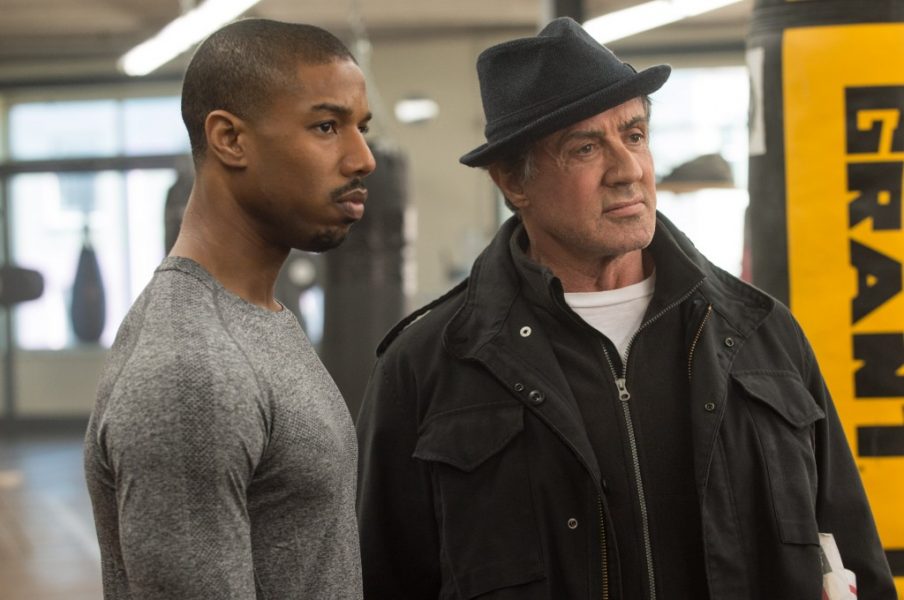 No other director has quite managed to encapsulate the African-American culture like Ryan Coogler. Still, only four films old, Coogler has shown maturity beyond years and a vision that has seen a new social and cultural upheaval in the society. Right from giving the world its first black superhero, to creating a prodigy of a boxing icon, Coogler has taken it all on. ‘Creed’ sees the surfacing of Apollo Creed’s disgruntled son, who trains to become like his father. In a bid to achieve perfection and fulfill his dreams, Creed approaches his dad’s old pal, Rocky to coach him. Initially skeptical, Balboa takes him under his wing and instills in him the same drive that made the once decorated boxer a champion. ‘Creed’ is powered by a fierce and tender performance by Michael B. Jordan and a heroic supporting act by Stallone. Coogler inhabits a scared, receded individual with potential and talent and sculpts an inspiring story of courage, drive, and spirit. 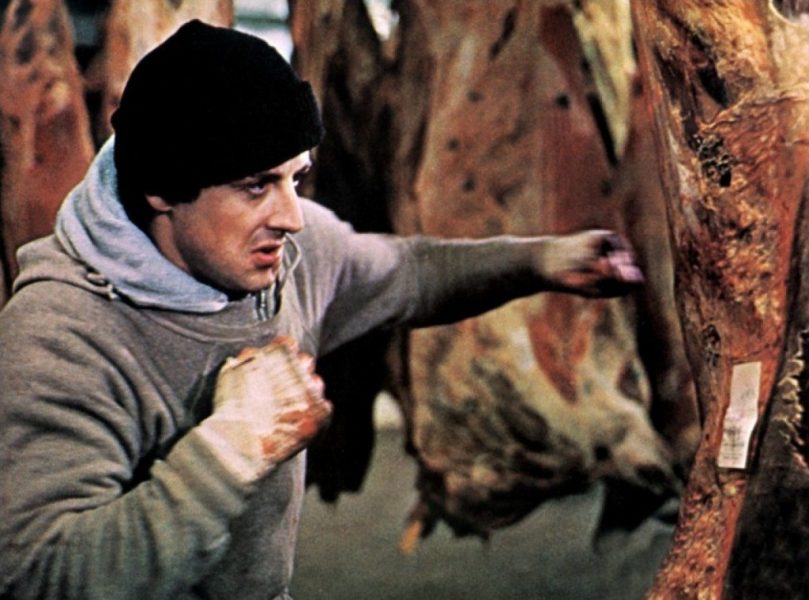 The first part almost always eclipses subsequent sequels, unless you talk about ‘Godfather II’. The original ‘Rocky’, that starts the southpaw’s incredible journey on-screen, tops the list and has an Oscar to show for it. But it isn’t just the recognition that gets it top place. The chills that went through our body seeing ‘Rocky’ prepare to battle the bout of his life amidst the ‘Gonna Fly’ theme hasn’t been matched as intensely and intimately by other installments. With a flurry of quotes and a provocative story of survival and determination, ‘Rocky’ rightly claims its spot at the top and also ranks as one of the best boxing films of all time.