Rose Anna Moore From Alone: Everything We Know 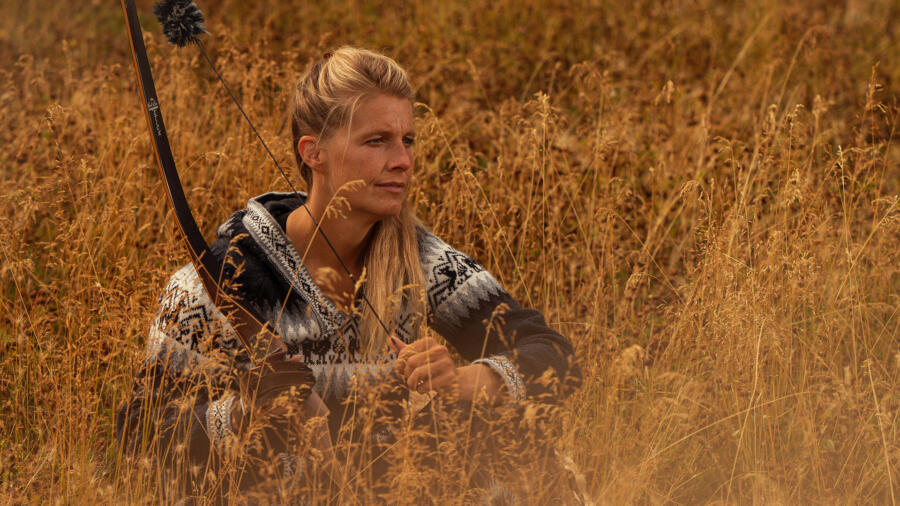 History Channel’s ‘Alone‘ is a hit adventure program that follows the self-documented journey of ten survivalists as they strive to endure the harsh wilderness for as long as possible in order to win $500,000 and a lifetime of bragging rights. With just restricted resources and a camera kit, they’re dropped off at some of the most dangerous territories across the world in total isolation to face predators, hunger, and severe natural components. So now, with season 8 around the corner, let’s find out everything about Rose Anna Moore to see how her experiences influenced her time on the show!

Rose Anna Moore Nationality: Where is She From?

Having grown up in Tioga County, Pennsylvania, a place with some of the most incredible natural spaces in the nation, Rose Anna Moore developed a passion for hunting and fishing at quite an early age. She spent days on the shores of the lakes in the Pine Creek Gorge with her family, which led her to be committed to sustainable living as well. Thus, even though Rose moved from one environment to another very frequently, the combination of her survival skills and connection with nature helped her stay on the right path. And now, Rose has settled down in Wellsboro, Pennsylvania.

Rose Anna Moore was 43 at the time she was filming for ‘Alone’ season 8. And as for her career, not only does she serve as a leasing agent at Moore land services, but she’s also a hunter, trapper, and instructor with her own ventures. Rose operates Moore’s Sports Center while also working as the Outreach Coordinator at North American Trapper and Regional Director for Pennsylvania Hunters Sharing The Harvest.

Moreover, Rose is currently working on expanding her brand and reach to achieve her goal of educating others about the value and overall benefits of hunting, conservation, and natural living. She shares every piece of her journey and adventure on her social media platforms and website under #thisismyquest. From blogs to merchandise to a myriad of different skill service courses, Rose has it all.

Rose Anna Moore isn’t public with her romantic relationships. But she has made it no secret that her two children, daughter Brittany Richardson and son Jordan Richardson, are her entire life. For years, while raising them to the best of her abilities, Rose taught them everything she could regarding minimal sustenance living, including hunting, fishing, trapping, gardening, and raising farm animals. It’s almost as if she wanted to create a legacy and pass it onto them, which it seems like she is slowly yet surely succeeding in doing.

On Mother’s Day 2021, Rose uploaded a charming picture with her kids on Instagram, alongside a heartfelt caption. As seen above, she wrote, “Mother’s day with my kids is always a great day every year[.] They go out of [their] way to make me feel special… Watching these two grow up gave me purpose and a chance to erase all of the wrong[s] that existed before them. They became my reason for wanting to make the world a better place and to lead by example[.] They will never know all they have done for me.”

Is Rose Anna Moore Dating Anyone?

As we mentioned above, Rose Anna Moore doesn’t delve into her private, romantic connections on public platforms, preferring to keep it limited to her profession or, sometimes, her children. Therefore, unfortunately, there is no possible information regarding her current or previous relationships that we can impart to you. With that said, though, if she ever does decide to open up about them, we’ll try to keep you updated right here.

Read More: Theresa Emmerich Kamper From Alone: Everything We Know