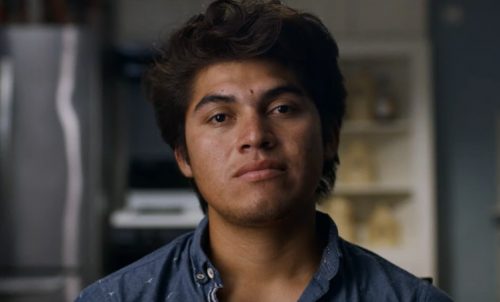 Netflix has released the trailer and set a release date for the docuseries ‘Living Undocumented’, which comes from the Emmy award winners Aaron Saidman and Eli Holzman. The series, which many consider being incredibly topical and timely, has been executive produced by Selena Gomez. The news was first reported by Deadline.

‘Living Undocumented’ revolves around eight undocumented families who have taken a risk by allowing camera crews into their homes to chronicle their lives as they look at imminent deportation. Their journeys are mostly harrowing, but some remain hopeful despite the dire conditions. Overall, the stories placed in front of us are nothing short of extraordinary. The incredibly complex U.S. immigration system becomes clear and humanized due to the accounts of these families. The series depicts the hurdles and struggles that must be overcome by the families who have moved to America in order to live out their dream lives.

Gomez spoke about the upcoming show saying, “I chose to produce this series, ‘Living Undocumented’ because over the past few years, the word immigrant has seemingly become a negative word. My hope is that the series can shed light on what it’s like to live in this country as an undocumented immigrant firsthand, from the courageous people who have chosen to share their stories.” Saidman added to it, saying, ” ‘Living Undocumented’ is designed to illuminate one of the most important issues of our time. But rather than discussing this issue with only statistics and policy debates, we wanted viewers to hear directly from the immigrants themselves, in their own words, with all the power and emotion that these stories reflect.”

The trailer starts off by showing how undocumented residents might be an integral part of society – they might be neighbors, owners of local businesses. They live in the shadows, and we are unaware of the fact that they are not legal permanent residents. Soon the trailer has a shift in tone as we are shown that the changing laws are making it more dangerous for undocumented immigrants to live in the USA. A girl breaks out crying, saying how she always has to do everything scared. The horror of being detained and separated from one’s family is always looming for them. The accounts of different families are given, and how they merely wish to be a part of American society. The touching trailer ends with a woman declaring that although she did not have the fortune of being born in the USA, her heart is American. The trailer of ‘Living Undocumented’ makes it clear that the families have to fight for their freedom to live the American dream.

‘Living Undocumented’ joins Netflix’s growing roster of impressive docuseries that includes the likes of ‘Wild Wild Country‘, ‘Making a Murderer‘ and ‘Wormwood‘. The streamer is known for hard-hitting content and the upcoming series should be no different. It is slated to be released worldwide on October 2nd, on the platform.

You can check out the trailer for ‘Living Undocumented’ below.