Is Saving Private Ryan Based on a True Story?

Steven Spielberg‘s ‘Saving Private Ryan‘ is undoubtedly a war classic that redefined the genre. The 1998 Tom Hanks starring war epic is considered to be the greatest war film ever made. And for all the right reasons too. Its influence is unparalleled and can be felt on every war film ever since. ‘Saving Private Ryan’ is a riveting portrayal of one of the bloodiest battles in history. It has been critically acclaimed for its realism, leaving its viewers shell-shocked by the graphic sequences of war violence.

However, above all, Spielberg’s classic is about the humanity of man amidst the inhumanity of war. This is precisely what separates the film from others in the genre. It centers around the deadly Normandy Landings, and explores the Omaha Beach assault in what is known to be the best-choreographed battle sequence in film history.

‘Saving Private Ryan‘ follows John H. Miller and his squad as they try to find and rescue Private James Ryan. The squad is sent on the mission by U.S. War Department to safely send Ryan back to his family as he’s the last surviving son in the family, and has lost three brothers to war. The film was nominated for 11 Oscars and ended up winning 5, leaving a mark in history and its portrayal of war. Its D-Day backdrop and realism in the depiction of war make one wonder if the film was inspired by a true story. Here’s everything you need to know. 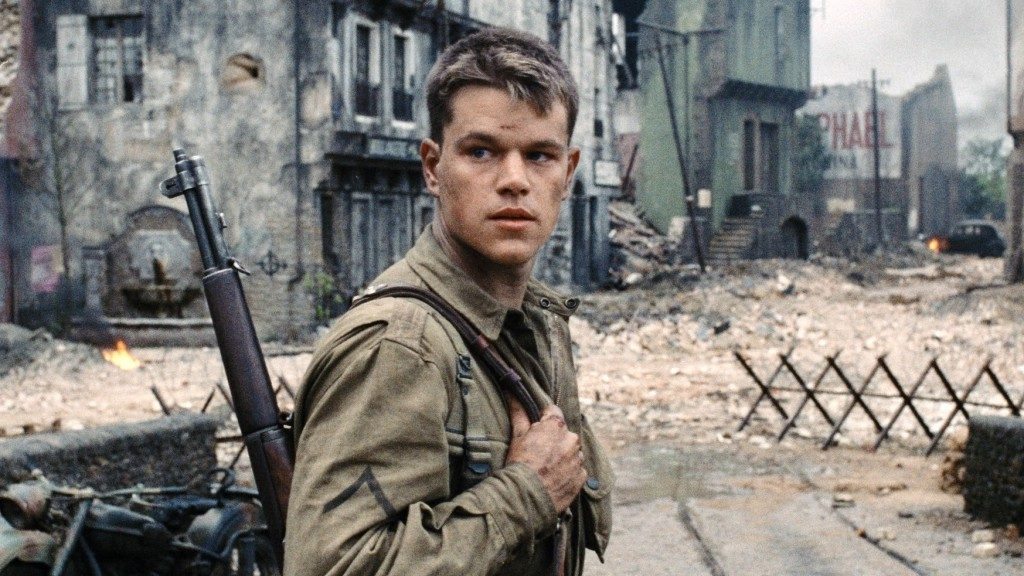 ‘Saving Private Ryan’ is actually loosely based on a true story about four brothers who served during WWII. But the film takes certain fictional liberties in its depiction of the events. It realistically portrays the horrors of the Normandy Invasion, the largest and bloodiest invasion in human history. The film also strikes a balance with the way it portrays World War II – looking at its sheer inhumanity, along with the sacrifices made by men in the hope for a better future.

Steven Spielberg was inspired by his own upbringing as his father was a WWII veteran. In an interview with LA Times, Spielberg revealed:

“I picked World War II because, growing up, it was the seminal conversation inside my family… My dad was a veteran… he was in the Army Air Corps from 1942 to the beginning of 1945…He had many veterans over to the house, and I became absolutely obsessed with the Second World War, based on my father’s stories, recollections and also based on all the World War II movies that eventually began playing on American television.”

Niland brothers were the real-life inspiration behind Private James Ryan and his brothers. But before we discuss that in detail, it is important to note the role another group of brothers had in both the story and the true events that inspired it.

The Sullivan brothers were World War II heroes who were killed in November 1942 by Japanese forces while serving together in USS Juneau. The five brothers, George, Francis, Joseph, Madison, and Albert, wished to serve together on the same ship.

Around the time, there was a policy in the Navy that separated siblings, but it wasn’t taken very seriously. It is also believed that the brothers refused to serve unless assigned to the same ship. Due to this, the police were not enforced which ultimately led to the devastating tragedy. Apart from the Sullivans, it is believed that over 30 sets of brothers died around the time.

In response to the deaths, U.S. War Department implemented the “Sole-Surviving Son” policy in 1942, which was designed the protect the sole-surviving family members from military duty. This was later known as Directive 1315.15 Special Separation Policies for Survivorship. It was due to this policy that one of the four Niland brothers was rescued and sent home which forms the backstory of ‘Saving Private Ryan’.

The Nilands were four brothers, Preston, Robert, Edward, and Fritz who served during WWII. While Preston and Robert had been serving for a while, Edward and Fritz volunteered in November 1942. Due to the “Sole-Survivor” policy following the deaths of the Sullivan brothers, the four Niland brothers served in separate units.

It was eventually reported that Edward, who was serving the U.S. Army Air Forces, passed away in Burma. While Preston and Robert died in action in Normandy. For the longest time, it was believed Fritz was the sole-survivor and due to the policy was rescue and sent back home. Fritz was shipped to England, and later back home to New York where he served as an M.P.

In ‘Saving Private Ryan’, Matt Damon‘s James Ryan is based on Fritz Niland. However, in actuality, there was no dramatic rescue mission conducted to find Fritz. Miller’s squad did not exist. Instead, Fritz was tracked down by a chaplain and sent back home. Interestingly, the film makes another deviation from reality. In May 1945, the Niland family learned that Edward, who was believed to be dead, was actually found alive in a camp in Burma, and ultimately returned home. The two brothers spent their remaining decades in New York.