Say I Do Expert Jeremiah Brent: Everything We Know 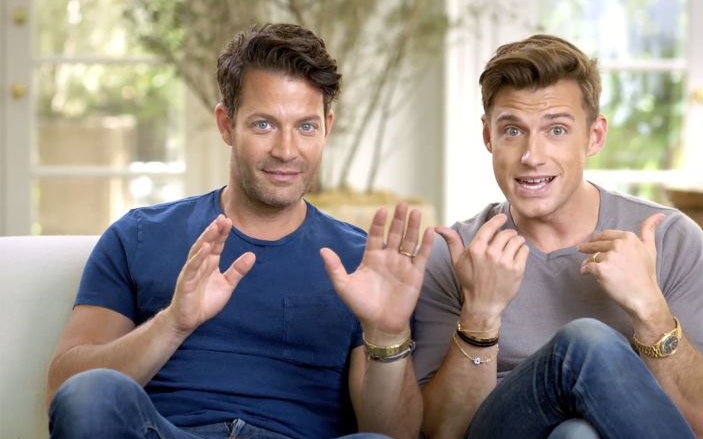 ‘Say I Do’ is the new Netflix series that is bound to draw viewers with its fascinating premise. In the reality series, couples have to overcome various obstacles as they decide to celebrate their love in a dream wedding. The best part is that they don’t have to plan the weddings themselves. Three experts help to execute the perfect wedding ceremony. One of them is Jeremiah Brent, the interior designer. Here’s everything you need to know about him.

Who is Jeremiah Brent?

Brent has been an artist from an early age, teaching himself how to design and build furniture. Soon, he moved to interior design and gained notoriety. Jeremiah founded his design firm in 2011, at the age of 24. He is no stranger to reality television either. Brent can be seen in TLC’s ‘Nate and Jeremiah By Design‘ and HGTV’s ‘Nate and Jeremiah: Save My House.’ He’s also the resident interior designer in ‘The Oprah Winfrey Show.’

Jeremiah spoke of the Netflix series as his third baby, and how he took to the premise instantly. He said, “I liked the idea of a wedding show not being about the wedding, but the couples’ journey to get to the decision to get married. There was never any uncertainty with these couples.” Here’s Jeremiah speaking to Oprah.

What is Jeremiah Brent’s Style?

As an interior designer, Brent must bring something unique to the table, to be an expert on the show. He has a ‘no rules’ approach to the California Modern Style, which is inspired by the natural beauty of his home state but travels to the furthest reaches of the globe. Jeremiah tries to reflect those journeys in his clients’ homes, where he knows that the decor has to be a reflection of one’s past, present, and future. Brent is also a tastemaker and influencer. Here’s a sample of his work.

Who is in Jeremiah Brent’s Family?

Jeremiah Brent went by the name Jeremy Johnson and is the son of Gwen A. Johnson and Terry B. Johnson. Jeremiah’s father was a deputy sheriff in Modesto and his mother a paralegal in San Francisco. Brent is openly gay and after a year of dating, he married Nate, who often appears on the shows with him. Their wedding took place at the New York Public Library and it was an intimate ceremony. Brent is focused on capturing and maintaining the intimacy during weddings, which is what he’s bound to bring to the Netflix series.

He said “I’ve heard from our friends at our wedding that it was intimate, which is the biggest compliment you can give. We tried to make sure that the people there knew that we wouldn’t have been there, had they not helped us in some way.” Nate is Jeremiah’s most favorite person in the world, which the latter says is the secret of their love. They also have two children together through surrogacy. Jeremiah has described the process as a beautiful experience. Check out the happy family below.