Where is Schenee Murry from My 600-lb Life Today? 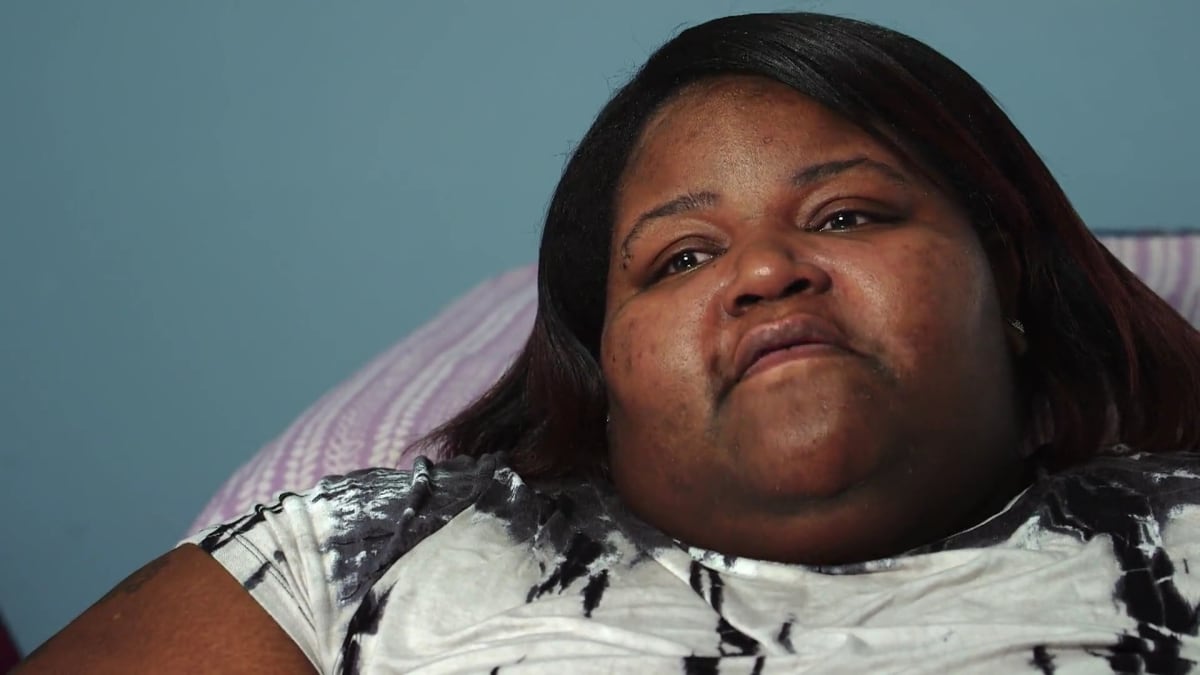 ‘My 600-lb Life‘ offers an accurate insight into the struggles that several morbidly obese people face in their journey towards losing weight and turning their lives around. There is no stigma attached to their weight problems, but Dr. Younan Nowzaradan (referred to as Dr. Now) expresses concern about the health complications that might arise from being overweight.

The TLC series documents the patient’s journey with Dr. Now for a year, as they attempt to follow the weight loss program in Houston, Texas. The show does not just deal with dietary restrictions, but also shines a light on the psychological trauma that might have driven the participants to become obese in the first place. Schenee Murry is one such participant, and she managed to stand out in Season 6. Here, we document her journey and where she is currently.

Schenee Murry-Hawkins is a 27-year-old Indiana resident who debuted in Season 6 of the show. She stood out because she weighed around 712 pounds, making her one of the heaviest participants. Her BMI of 123 was five times the healthy BMI, which ranges between 18.5 to 24.9.

Schenee has struggled with weight issues since she was five, and she’s traced it back to her cousin sexually molesting her when she was a kindergartener. To deal with the trauma of the episode, she started sneaking in more food and overeating. It caused her to grow morbidly overweight when she was just a child. At the age of seven, she weighed around 130 pounds, and a teacher had tried to humiliate her by throwing out her lunch.

The misconstrued attempt to make Schenee realize her weight problems only drove her more towards food. She was also bullied for her weight, and by the age of 16, she weighed nearly 200lbs. It went up to 300lbs by the time Schenee graduated high school. Unfortunately, she was afflicted by cellulitis, a bacterial infection that affected her legs and restricted movement. It compounded her problems, and Schenee added another 100 pounds, weighing 430 lbs at 20 years of age.

One of her cousin’s acquaintances also raped her when she was 23, driving her to the comfort of overeating, as she believed that staying big would protect her. By the time she met and married Freddie, she was over 500 lbs. Schenee showed no signs of slowing down with the macaroni and cheese, unhealthy amounts of sugar, and oil for deep-fried food. Eventually, she felt like a burden to her family and went to Dr. Now.

Schenee was put on a 1200 calorie a day diet, to aim for a 30 lbs weight loss within the month. She missed the first weigh-in and gained 28lbs, tipping the scales at 693lbs. Dr. Now hospitalized her after she exceeded 700lbs, and his restrictions helped her lose 91 lbs. However, during her final weigh-in, she’d gained 43 pounds again. Schenee ended up breaking ties with Dr. Now and blocking his calls.

After her exit from the show, you might be curious about where she is currently. Well, she started a GoFundMe page, which is aimed at raising money to help her spread her true story and go through weight reduction surgeries. Schenee has spent most of 2019 going in and out of hospitals.

An update came around January 2019, when she claimed she’d lost nearly 250 lbs. In February 2019, she checked herself in again, due to general pain and lethargy. The doctor became concerned about the presence of a blood clot in her lungs or legs. However, it turned out to be low potassium. You can check out her video, which she’s posted from the hospital bed.

In September 2019, she caused more stir on social media, sharing a heartfelt video about not taking life for granted. Many believed it to mean that she didn’t have long to live. However, it turned out to be inspired by the loss of her grandmother. You can check out the video below.

After Schenee supposedly lost nearly 300 pounds, she leaked a twerking video to celebrate. Although we cannot be sure that she’s lost the purported amount of weight, she looks to be in high spirits in the video itself.

Schenee also has Facebook and Instagram pages but hasn’t updated them in 2020. One of her latest Instagram posts is a closeup of her face, captioned ‘ride along.’ Check it out below.