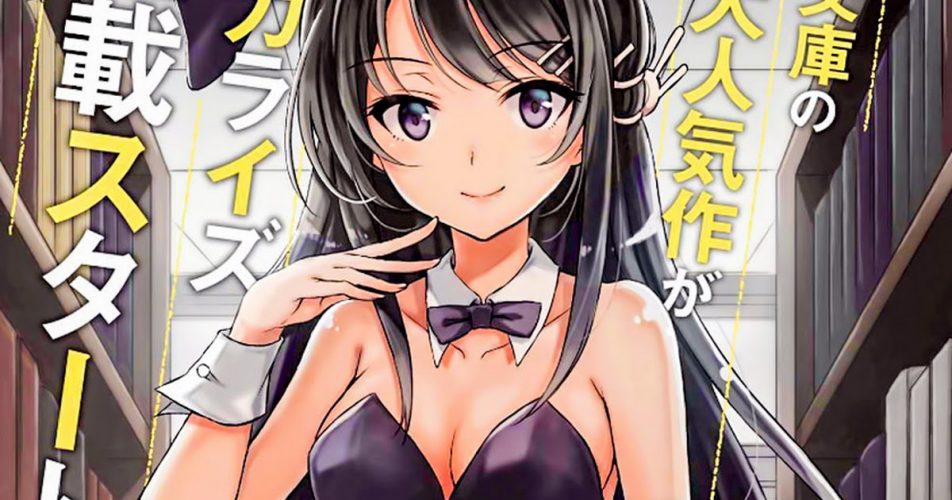 Rascal Does Not Dream of Bunny Girl Senpai (also known as Seishun Buta Yarō in Japanese) is a romantic anime television series which is based on a light novel series of the same name. Written by Hajime Kamoshida and illustrated by Keeji Mizoguchi, the light novel series was first published on April 10, 2014, and new volumes are being published to this day. A manga adaptation of the series, with art by Tsugumi Nanamiya, was also launched in November 2015, and it added to the popularity of the light novel series.

Four years after the initial publication of the light novel series, an anime studio called CloverWorks announced plans to adapt it into an anime television series, and Season 1 of Seishun Buta Yarō premiered on October 4, 2018. Since then, fans have been waiting to hear news on a second season, and here’s everything we know about the prospects of Season 2 thus far.

Rascal Does Not Dream of Bunny Girl Senpai 2 Release Date: When will it premiere?

Rascal Does Not Dream of Bunny Girl Senpai season 1, consisting of 13 episodes, premiered on October 4, 2018 and ran till December 27 of the same year. Meanwhile, starting December 19, 2018, five special episodes were also released under the title Seishun Buta Yarō wa Bunny Girl Senpai no Yume wo Minai Picture Drama. Further, an anime movie, titled Seishun Buta Yarō wa Yumemiru Shoujo no Yume wo Minai, was also announced, and it is slated to be released in theatres in Japan on June 15, 2019.

However as far as a second season is concerned, nothing has been announced as of now. Yet, there’s no reason to get worried just now because sometimes anime shows are renewed after a few years have passed. So, there’s still a plenty of time left for a renewal to be announced. Further, owing to the fact that new volumes of the light novel series are still being published, there’s no dearth of source material for a second season. Hence, we think that there’s a good chance of Season 2 being made. In fact, we believe is that Rascal Does Not Dream of Bunny Girl Senpai season 2 release date could fall sometime in 2020 or 2021. Although nothing can be said with certainty till an official announcement is made. We’re keeping our ears open for news on Season 2 and we’ll update this section as soon as we hear more.

Rascal Does Not Dream of Bunny Girl Senpai English Dub:

You can find the subbed and dubbed versions of ‘Rascal Does Not Dream of Bunny Girl Senpai’ on Funimation, Crunchyroll, AnimeLab, and Hulu.

Rascal Does Not Dream of Bunny Girl Senpai Plot:

Seishun Buta Yarō has a rather absurd plot and revolves around disease called the Puberty Syndrome. Known to only affect teenagers, the Puberty Syndrome is a rare affliction that gives rise to such supernatural symptoms that most people dismiss it as a myth.

In this backdrop, the show focuses on a high school student called Sakuta Azusagawa, who knows from experience that the Puberty Syndrome is not a myth and a real-life affliction. Having already witnessed his sister fall prey to the ailment, Sakuta is acutely aware of the symptoms of the Puberty Syndrome, and he finds many afflicted with it in his school.

It all starts when Sakuta encounters another high school student called Mai Sakurajima in the school library. Mai, incidentally, happens to be a famous teenage actress, but recently halted her promising career for reasons not revealed to the public. When Sakuta spots Mai in the library, he sees her wearing a provocative bunny costume, but is astonished because no one in the library seems to be aware of her presence, despite her fame. Shocked at the incident, Sakuta confronts Mai and comes to know that she has been afflicted by the Puberty Syndrome. Determined to help Mai get through her predicament, Sakuta starts helping her, and in doing so, he encounters many other girls in his school who are suffering from the same disease.

Rascal Does Not Dream of Bunny Girl Senpai Characters:

Seishun Buta Yarō has dozens of characters, among whom several are central to the plot of the show. Below, we’ve provided you with brief backgrounds on each of the main characters in the show.

Sakuta Azusagawa: The main male protagonist of the show, Sakuta is a high school student who is familiar with the symptoms of the Puberty Syndrome. Sakuta is shown to have a bad reputation owing to allegations that he hospitalized three people, and maintains a low profile in school till he meets Mai. Having encountered the Puberty Syndrome when it affected his sister, Kaede, Sakuta decides to help Mai through her predicament and, in the process, ends up meeting other girls in the school who are also afflicted.

Mai Sakurajima: The main female protagonist of the show, Mai is a famed teenage actress. Owing to the pressures of being a celebrity, she decides to take a break from her work, but is astonished when she finds that normal people don’t even notice her. While struggling to deal with the problem, Mai heads out in a provocative bunny costume and encounters Sakuta, who seems to be the only person who can see her. As Sakuta starts helping Mai, she grows close to him, and is cured when Sakuta openly declares his love for her in front of the entire school.

Tomoe Koga: Another important character, Tomoe is a first year student at Sakuta’s high school and is a self-conscious girl who asks Sakuta to pretend to be her boyfriend. She eventually develops feelings for Sakuta, and also confesses, but Sakuta turns her down. Regardless, they agree to remain friends.

Rio Futaba: Rio is the sole member of the science club at Sakuta’s high school and is one of Sakuta’s only friends. Being a science enthusiast, Rio used to believe that the Puberty Syndrome was just a myth until she got afflicted herself. Once Rio got afflicted, a clone of herself with a different personality appeared and started posting suggestive photos of her online. However, after Sakuta helps Rio accept her own nerdy self, Rio gets cured and the clone merges with her real-life self.

Kaede Azusagawa: Sakuta’s sister, Kaede is first person Sakuta saw with Puberty Syndrome. Kaede’s disease manifested in a rather nasty way after she suffered online bullying and received death threats on social media, and led to her receiving injuries on her body. Kaede recovered after she stopped using social media and going to school. Following her recovery, Kaede stopped going out much, and lives in Sakuta’s apartment with only a cat to give her company. She is also extremely fond of Sakuta, and Sakuta is shown to be fond of her as well.