Who is Serpent From The Masked Singer? 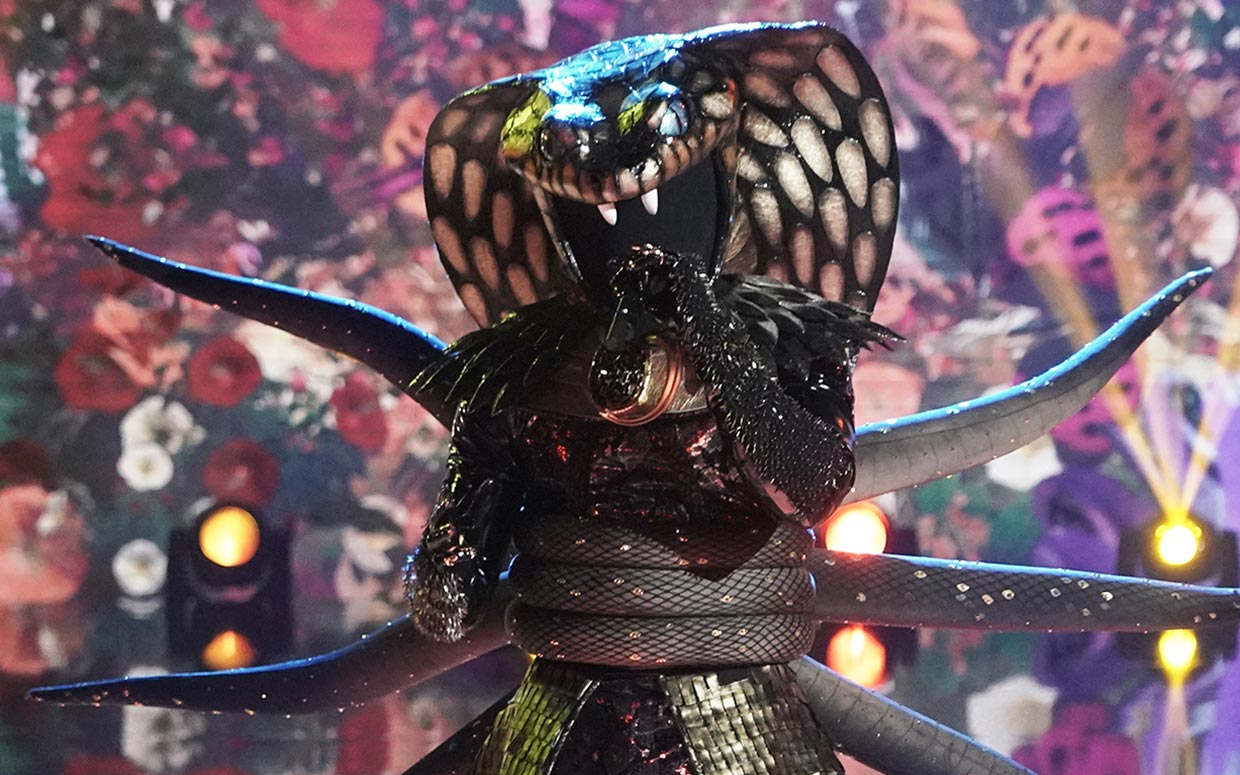 Season 4 of ‘The Masked Singer’ has completely taken us by surprise. There has already been a multitude of impressive performances in just the first three episodes. Clearly, the competition for the Golden Mask trophy is going to be really tough this year. Well, this is also the reason that we, like everyone else, are curious to know who Serpent is. Let’s shortlist our choices by taking a look at the clues that the show has provided us so far!

The very first thing we see around Serpent are books, lots and lots of books. In fact, he is sitting in a library, and two prominent titles are visible. The first is ‘How to Dig Yourself Out of Debt,’ and the second is ‘Serpent Manual.’ His path is also traced on a map of the Caribbean. It seemed as though the person had to choose between musicology and medicine when he was young.

Furthermore, Serpent was quite the troublemaker until his father saved him. Talking about his journey to success, the celebrity states that his father, Serpent Sr., lit a fire within him to be successful. No longer did the mischievous person want to cause grief.

At first, we thought that Joey Lawrence could be the man behind the mask. After all, he was actually born as Joseph Lawrence Mignogna Jr., and the family only changed their last name before his two younger brothers were born. Furthermore, he launched a music career when he was just 16, a time in life where one usually begins to start thinking about their career prospects. He is best known for ‘Melissa and Joey’ or ‘Blossom.’ We genuinely thought we were onto something until we discovered that he had also filed for bankruptcy. Well, this actually happened in 2018, and it doesn’t seem to fit in with Serpent’s story. For this reason, we discarded the possibility that Joey Lawrence is Serpent.

The judges noted a very Hamilton vibe to the character and his clues, so we immediately thought of Leslie Odom Jr. and Christopher Jackson. Now, we feel like it is actually the former that is donning the costume. Although Jackson could be a potential candidate, it was the ‘31118’ clue (given in the sneak peek before the show started airing) that sealed the deal. It was reported that Leslie Odom Jr. has released three albums and has been a part of 11 theatrical productions. Plus, he has performed on Broadway for 18 years, from 1998 to 2016.

THIS IS LESLIE ODOM JR. HANDS DOWN I DONT CARE WHAT YOU SAY I HAVE WATCHED HAMILTON LITERALLY ONCE A WEEK, AND LISTENED TO HIS “MR” ALBUM DAILY. THIS. IS. HIM. ON. MASKED. SINGER. AS. THE. SERPENT. pic.twitter.com/rGoevdbnFX

Interestingly, Leslie Odom Jr. also played the role of Dr. Arbuthnot (cue the medicine sign in the hint) in the movie ‘Murder on the Orient Express.’ Furthermore, his performance on ‘The Masked Singer’ was quite riveting, and it felt as if Serpent was quite comfortable on the stage. Given his career in the performing arts, it certainly would be befitting if Leslie Odom Jr. is Serpent. However, we won’t know for sure until the unmasking happens.

Read More: Who is Whatchamacallit on The Masked Singer?