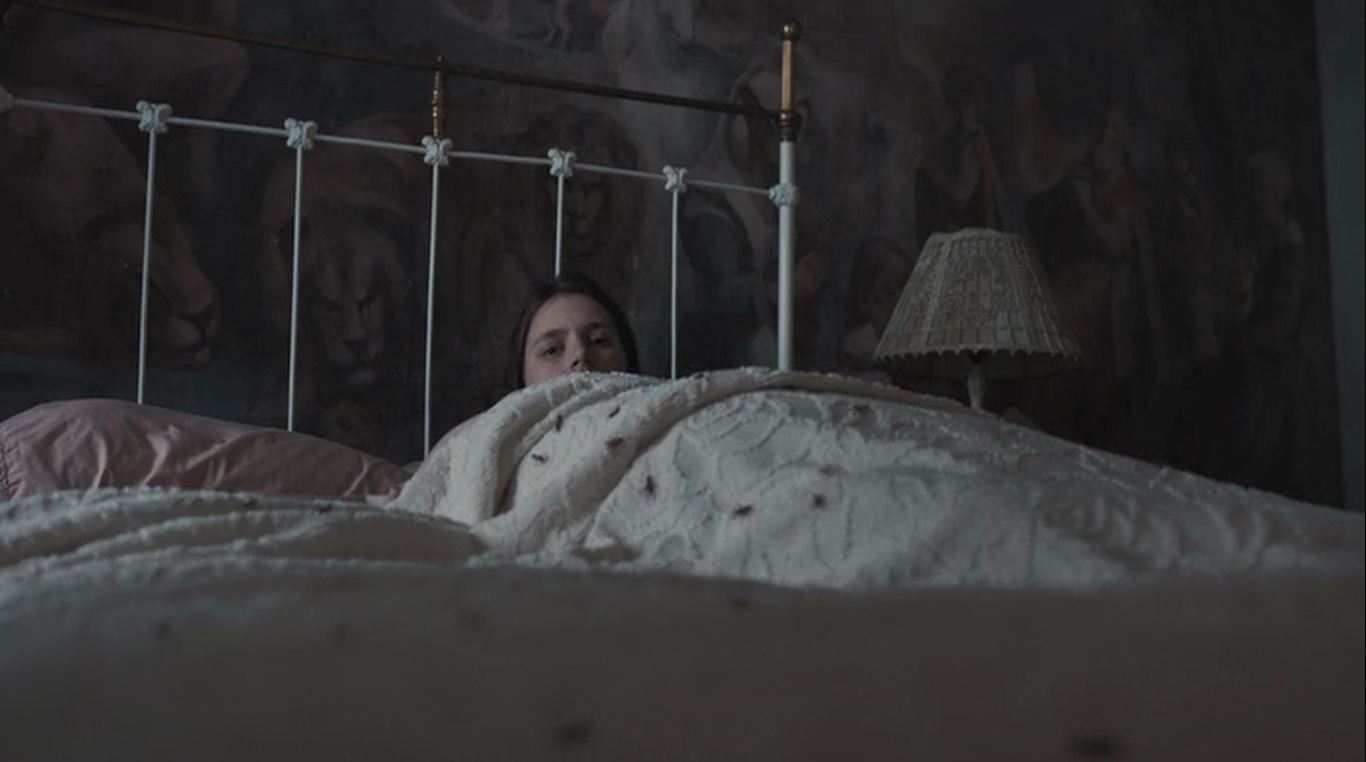 The most riveting aspect about M. Night Shyamalan’s ‘Servant’ is that all the characters of the show are equally mysterious. One might assume that one of them is more abnormal than the rest and the root of all the puzzling happenings. However, the series forces you to consider otherwise from time to time. Viewers might think that they are closer to the truth and knowing the primary culprit but their rug is often pulled from underneath their feet.

The fifth episode of ‘Servant’ begins with an envelope sliding into Leanne’s room from beneath the door. Leanne opens it find some money inside. Then, Leanne goes to Dorothy’s room, finding her sitting in a frozen state on the bed. Then, after Leanne taps her shoulder, Dorothy unfreezes and tells her how Sean has been acting strangely nice. She thinks he wants something. Leanne thinks that Dorothy is suspecting Sean of having an affair and tries to reassure her. But Dorothy dismisses her reassurance telling her that she hadn’t been thinking about that at all.

Sean lets Leanne know that he will mostly be out of the house for the week and leaves with Dorothy. Leanne takes Jericho for a walk and sees an Asian woman and her daughter sitting on their house’s steps (their house is on the same street making them neighbors). Meanwhile, Julian’s private detective friend, Roscoe is keeping an eye on Leanne from his car.

Upon returning home, Leanne finds the house’s door open and hears noises from the basement cellar. Leanne finds Sean’s commis chef, Tobe preparing food in the basement. She asks him why he left the door open, but he replies saying that he came through the side entrance. Then, he shows her a box full of crickets that Sean intends to cook. Tobe eats a cricket in front of her. Leanne asks him what it tastes like.

The Asian woman comes home and tells Leanne not to leave the pram on the street. She introduces herself as Wanda and her pre-teen daughter as Olivia. They have been locked out of their house. Leanne offers them to stay for a drink. Wanda starts taking pictures of the house and asks Leanne how much the Turners (Sean and Dorothy) pay for it.

Tobe leaves the house. Wanda gets a call from her boyfriend and has to go free him from the police station urgently. She asks Leanne to take care of Olivia and not feed her anything since she is allergic to a lot of things. Leanne and Olivia play hide and seek. Olivia sees someone exit the house and tells Leanne who finds the main door to be open once again. Wanda comes home and takes Olivia back, thanking Leanne for taking care of her.

In the cellar, Leanne finds a rat and an old onesie that looks like it belongs to Jericho. At night, Dorothy asks Leanne if she likes cake and tells her about a place that sells delicious sponge cakes. She gives Leanne some money and asks her to get it, indicating that she wants her to leave the house for some time. Upon returning, Leanne hears Dorothy’s moaning sounds from her bedroom. Leanne writes Dorothy’s name in her bible and prays.

The next morning, Leanne goes to the house outside which Wanda and Olivia had been seated on the previous day. A Caucasian woman opens the door and tells Leanne that nobody named Wanda lives there. When she returns home, Leanne hears noises from the house and hides in the kitchen. Roscoe is in the house and he leaves without seeing Leanne.

Then, Leanne sees a cricket come out of the drain of her bathtub. Afterwards, Leanne overhears Julian and Sean talking. Julian is advising Sean to drive Leanne out of the house by playing practical jokes on her, like turning up her room’s heater. Leanne writes Sean’s name in her bible and prays.

The next morning, Leanne wakes up to find her room swarmed by crickets. She catches them all in a glass and places them back in the box in the cellar. Sean has a splinter stuck in his neck that Dorothy removes.

Leanne tries to tape her room’s drain shut but stops when she finds another cricket in the room. She traps it in a glass and keeps the insect in her room, not returning it to the box in the basement like she had done previously.

Leanne proceeds to prepare her favorite canned tomato soup. However, she finds out that it is spoilt and throws it in the trash. In the bin, she finds a packet of dog food which surprises her. Then, Wanda and Olivia come back to the house. Wanda offers Leanne a higher paying job but Leanne refuses, saying she cannot leave Jericho. Then, Leanne gives Olivia some food and stands facing the window. She starts to rant about her day, complaining about Dorothy sending her out of the house shadily.

Meanwhile, Olivia gets an anaphylactic shock after eating the ice-cream, making Wanda panic. However, Leanne does not flinch. As Wanda desperately tries to find Olivia’s EpiPen, Leanne asks Wanda who sent her. Wanda tells Leanne that Julian paid her $300 to convince Leanne to leave the house. Leanne injects Olivia with the EpiPen and saves her. It is revealed that Leanne fed Olivia the lobster ice cream that Sean had prepared in one of the earlier episodes.

At night, Sean requests Leanne to come to kitchen for five minutes. He makes Leanne try two preparations of the crickets, asking her for a review since he is unable to taste anything. Then, he thanks Leanne telling her “[he] couldn’t do this without you (Leanne).”

Leanne goes back to her room and strips. Then, seated on the ground, she starts to beat her back with a whip.

As we mentioned in the last episode’s review, the series has been taking the form of what we like to call, a “situational thriller.” The same style was observed in this episode as well, wherein the plot did not move significantly towards providing answers. However, it leveraged its thrilling premise and cryptic characters to provide a satisfyingly suspenseful episode. In fact, this was surely one of the show’s best episodes. The first episode would compete with this one for that compliment but then again, it was the pilot. Pilots tend to be more engaging as they try to suck the viewers in. It is tougher to maintain or surpass a series’ established quality with later episodes.

This episode focused on Leanne completely while Sean and Dorothy took a backseat and appeared in a few scenes only. It was the first time that Leanne was shown to be affected by the strange events of the house adversely. It was also the first time that viewers might actually feel empathy towards her.

Moreover, the episode witnessed the return of the supernatural elements that had been at the forefront of the show’s earlier episodes. Crickets were the primary source of the supernatural mystery in this episode while the splinters that had made Sean’s life miserable also returned. The story of this episode also felt more disconnected from the larger narrative, but not in a bad manner. It felt more like a self-contained narrative about Leanne trying to figure out the strange things going on in the Turners’ house.

In a nutshell, ‘Servant’ has maintained its intrigue masterfully and continues to be an extremely engaging offering so far. In fact, it might not be too premature to judge the show as one of Apple TV+’s best offerings by a huge margin.