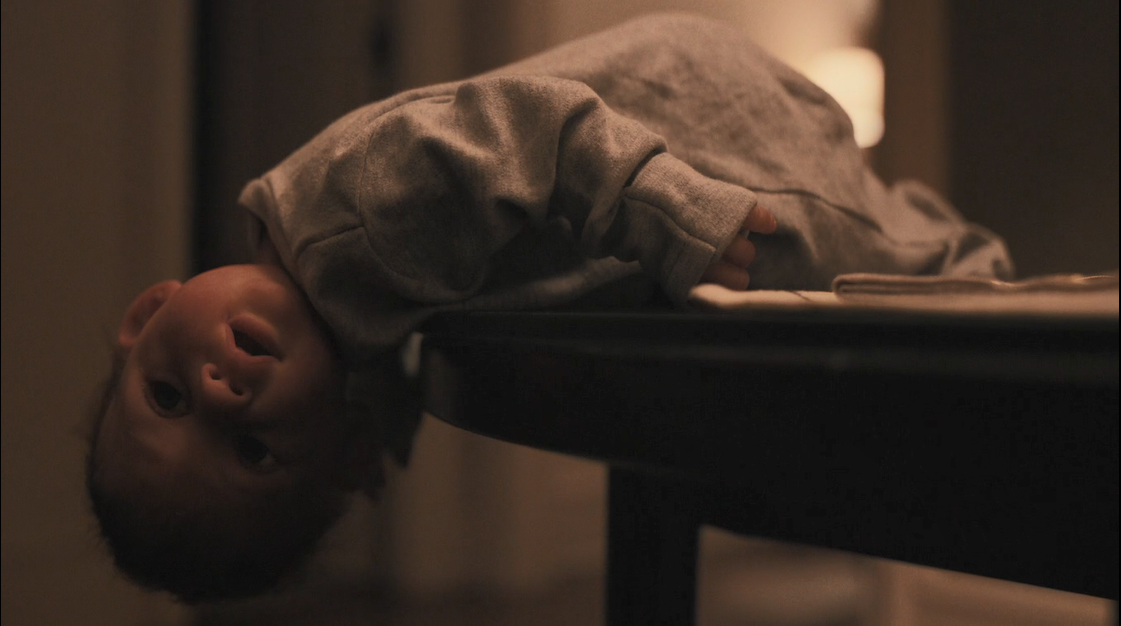 The eighth episode of M. Night Shyamalan’s ‘Servant’ was yet another tease into the story’s resolution or at least part explanations. Ever since the first episode, the show has revolved around the riveting tale of a baby replaced by a doll after its absence. However, what happened to the actual baby Jericho is something that viewers have still been pondering over along with tons of other questions.

The show, however has proceeded with a cautioned, slow-burn approach that lets little out but magically maintains a razor-sharp tension. It is surely one of the most uniformly paced television series that I have ever seen. There aren’t really any “high points” or “dull moments.” Instead, the show works as a sort of regularly continuing story that feels like it is moving forward at a precisely calculated rate: a speed that can be represented as a number just because of how uniform it has been. However, with this episode, I started to wonder slightly if there has been too much teasing already.

The eighth episode, like most episodes of the show begins with a shot outside the Turners’ house and yet again, focuses on a car. This time, the character in focus is Julian who has been observing the house for a long time. He starts to think about a moment in the past and we are shown a flashback from that time which portrays Julian looking into the Turners’ home from the backdoor. He sees a tall slab of what looks like meat on the kitchen table and a couple of flies being attracted to it.

Returning to the present, Julian finally enters the house. He is supposed to babysit Jericho for the evening as Sean and Dorothy are going for an annual awards ceremony for journalists. Leanne, on the other hand is going on a date with Tobe, Sean’s commis chef.

After everyone leaves the house, Julian calls Roscoe, his private detective and orders him to spy on Leanne and Tobe. Then, he proceeds to drink and smoke up to pass time. He hides some money in an envelope in Sean’s cellar.

Then, he heads to Jericho’s room to take a look since he hasn’t been making any noise. However, instead of the baby, he finds the doll in the cot making him instantly anxious. He tries to inform Sean but is not able to do so as he is with Dorothy.

Afterwards, Julian and Dorothy’s father comes home. He pretends to play with the doll until Julian tells him that Dorothy is not home. This indicates that he knows about Jericho being replaced by a doll but is not aware about a real baby living in place of Jericho since Leanne’s arrival. Then, Julian’s father proposes an idea. He wants to secretively replace the doll with an actual baby that is up for adoption and raise it as if he were Jericho Turner. Julian rejects the idea since his father does not know that a real baby has been living as Jericho.

After Julian’s father leaves, Leanne returns from her date. Julian tries to confront Leanne about the doll but she acts as if everything is normal. Julian even threatens to throw the doll down the stairs to make her answer his questions. However, he hears a baby wail and starts looking for it in the house. Puzzled and disturbed, he later goes to Leanne’s room and proceeds to tell her something. We are not shown what he tells her. Sean and Dorothy return home and Julian informs Sean that he has told Leanne “everything.”

Dorothy goes to Jericho’s room and finds the actual baby. Julian inspects it. He does not tell Sean that he found the doll in place of the actual baby. Then, Leanne and Dorothy talk while the former is helping the latter remove her pearl necklace. In the process, the necklace breaks. The episode ends with Leanne swallowing a pearl.

To begin with, I would like to point out that this episode was by no means, any less thrilling or engaging than what I have come to expect from the show. However, I did start to wonder whether the slow-burn can continue for any longer. The reason for that is the fact that the incidents portrayed in the episode had a lesser impact on me than I would anticipate if I were to think about them in retrospect.

I was shocked when Julian found the doll instead of the baby for sure. But my jaw did not drop and I wasn’t on the edge of my seat desperately waiting for any miracle that could save the day for Julian. I did not feel the urgency that such a moment should have made me feel. It did keep thoroughly engaged throughout, don’t get me wrong.

Perhaps, the only explanation for this is that the show might be reaching its teasing limit. Throughout the season, there have been lesser answers and resolutions than the questions being hurled at the viewer. Has the show teased too much? However, this could be a redundant worry as there are only two episodes left in the show’s first season and I expect them to provide a few answers. Otherwise, this slow-burn can easily become a dead fire.

Apart from that, this episode, titled ‘Boba’ made me realize the plot’s immaculate characterization. In one episode, I empathized with a certain character that I had found strange previously and in another, I would be extremely…weirded out by them. In this episode, Leanne was yet again shown in a strange light, making me remember just how spookily peculiar she has been. I do also remember rooting for her in several other instances of the show. This constant oscillation between making a character feel distant and someone that you can connect with has been executed expertly. This treatment hasn’t been reserved to just Leanne. All the major characters have felt strange and normal at different times of the show.

‘Boba’ might have been retrospectively underwhelming, but it was a great episode nonetheless. It was finely in tune with how the show has been proceeding and I wasn’t disappointed at all (Isn’t it funny how we judge TV shows by how disappointing or not disappointing they are because we’ve become spoiled by unlimited high-quality content?). More importantly though, it aptly sets up the final two episodes of the season and I cannot wait to see some form of resolution to this cloudy mystery.