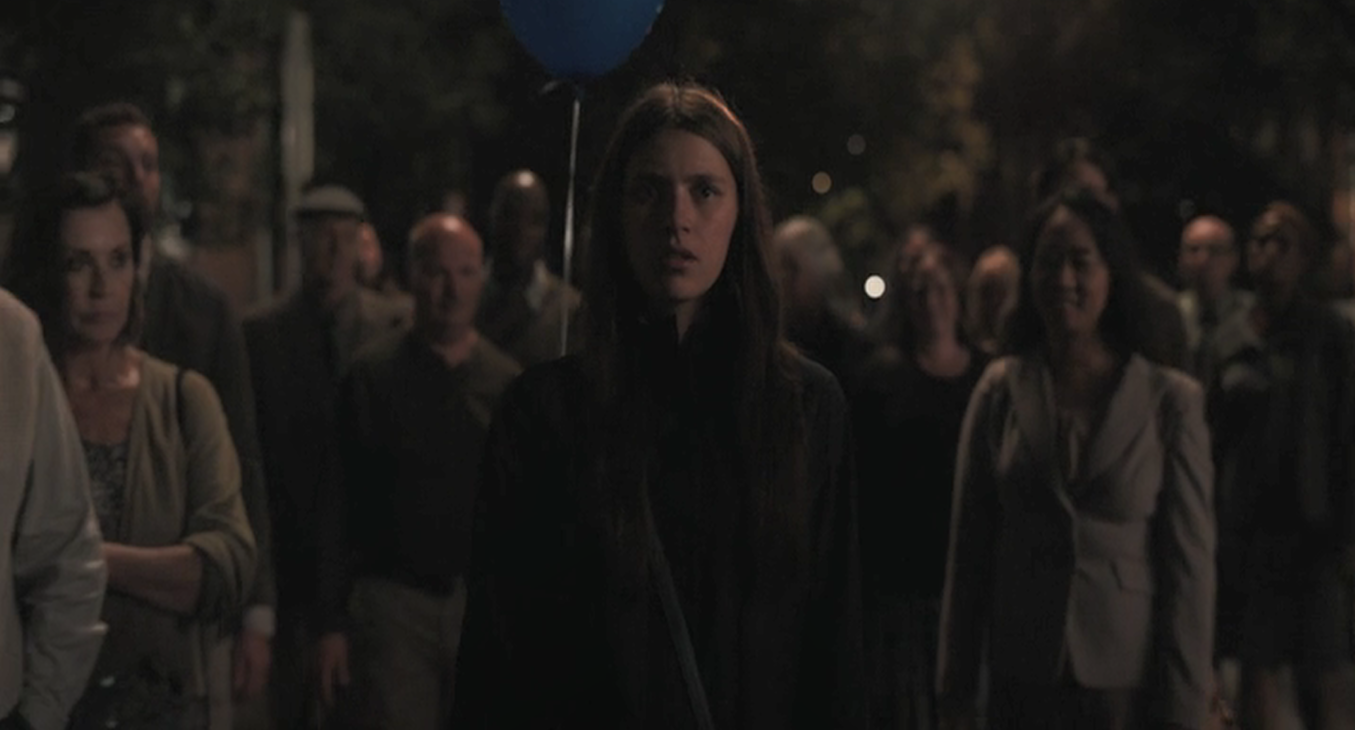 The tenth episode of M. Night Shyamalan’s ‘Servant’ proves to be an extremely satisfying season finale despite the show continuing to tease viewers with more mystery and a few, almost calculated number of answers. The episode caps most of its themes masterfully: the food reaches the dessert phase, the splinters return gloriously, the rain stirs up a storm and “godliness” reaches its mystifying cult-esque high.

The season finale kicks off with the most disturbing images of the entire series: of Sean cooking Jericho’s placenta! What is even more disturbing is the fact that Sean is actually justifying it (through a voice-over), pointing to the social stigma and the nutritional benefits of eating a placenta. He converts the placenta into a powder and mixes it into the filling of a Croquembouche.

The long-awaited and debated party for Jericho’s baptism is finally going to take place and that’s when the viewers know that something major is going to go down.

Several guests including Julian, Natalie and Dorothy’s father come to the Turners’ home for a party after the baptism. Dorothy sees a little girl holding a doll and gets slightly intrigued. She plays the video of Jericho’s baptism on the television.

Julian and Leanne separately notice the latter’s Uncle George and Aunt May on the video. Both the characters were introduced in the sixth episode and seeing them makes both Julian and Leanne petrified.

Dorothy goes to talk to the girl-with-the-doll. When she starts playing with her doll, she seems to recall a memory of her holding Jericho in a drenched state. She drops the doll in shock. Does she remember the past?

Julian goes outside to meet Roscoe who is in his car. He tells Roscoe to kill George but the private detective refuses.

Leanne tries to find Jericho and goes into his room. She finds Aunt May holding him there. Meanwhile, Sean is in his wine cellar in the basement when George comes to talk to him. Both the scenes take place simultaneously.

On one hand, Aunt May asks Leanne, “what did she (Dorothy) do?” Then, she proceeds to tell her that God had a path for Dorothy but “you (Leanne) wanted her to suffer.” “She is going to hurt him (Jericho) again,” Aunt May continues, “she is going to hurt you (Leanne).” Then, at the end of their conversation, she says “you’re our servant, not hers.”

On the other hand, Sean offers George the money that he had been hiding in the cellar. Its $86,000. However, George does not want the money. “Do you know who you welcomed into your home, Sean?” he asks him. He is referring to Leanne. He tells Sean that after the fire, it was easier to make everybody believe that they had lost Leanne and then raise her in Pennsylvania. “God instructed” them to do so.

Moving on, he tells Sean that Leanne likes to please the people she loves and hurt the ones that she doesn’t. She has done something that cannot easily be set right, George continues. Sean wants to know who the mysterious baby belongs to. George unbelievably asks Sean why he kept the baby if it wasn’t his. He asks him what he needs and what Leanne has done to him.

This makes Sean emotional. He tells George about the splinters and that he hasn’t been able to taste his food. George urges Sean to talk to God and tell the almighty what he needs. Sean prays to get his son back.

Dorothy’s father gives a speech and everyone assembles into the living room. Dorothy thinks that she has seen Aunt May somewhere. Afterwards, a couple of police officers come to the house looking for Dorothy regarding a missing child. However, it turns out that the police are there for the girl-with-the-doll. Apparently, she had followed the group of Turners’ guests from the church.

In the tense moment, Sean’s hand bleeds as he holds the champagne bottle too tightly. He However, upon inspecting the wound, he realizes that he cannot feel any physical sensation.

The party is over and all the guests leave. Julian informs Sean that Roscoe is keeping an eye on the house from his car outside. A storm is slated to hit the city, according to the news. Aunt May appears in front of Roscoe’s car suddenly. When Roscoe gets out, George is standing behind him. The scene ends with Roscoe looking at Aunt May with a ghastly look on his face.

Dorothy goes through her old news report recordings. She finds the video wherein she reported on a cult called “The Church of the Lesser Saints” causing a stand-off situation between them and the ATF. They are holed up in a house where gunshots had been heard. Then, the news report shows the face of the cult leader: its Aunt May!

Sean, on the other hand holds his hand above the stove and gradually moves it towards the fire. He wants to know if he can feel any physical sensation. Dorothy continues the video and it reveals how there was an explosion during the stand-off. She runs to Jericho’s room and recalls another memory: of someone in a radioactive suit taking Jericho away from his room.

Leanne, on the other hand has packed her belongings and is leaving the house. Outside, she sees a group of people standing in the middle of the street, looking at her. They follow her as if she is some messiah. Uncle George and Aunt May are also there, and hug her. The whole group hugs Leanne, George and Aunt May.

A police officer driving on the street notices the large group huddled together. He decides to reverse his car and inspect the scenario out of curiosity, However, after he is done reversing the car, the group is no longer there. They seem to have disappeared into thin air or left extremely quickly.

In Jericho’s room, Dorothy sees the doll instead of the baby. She looks at it terrified and throws the doll away…

The tenth episode of ‘Servant’ is an intense episode that satiates viewers with the correct amount of answers and mystery. Moreover, after watching the last episode, the entire season feels even more masterfully crafted with every little detail ironed out and significant. The episode is basically an amalgamation of everything that viewers had seen previously.

Furthermore, the episode does not give too many answers away. It is not marred by an explanatory need of revealing all the answers to every question and mystery that had been raised previously. The plot takes the lead, dictating the direction of the episode. Storytelling is still central.

The episode reveals a possible, but not spoon-fed explanation of what might have happened to Jericho. Leanne’s origins and her backstory are explained with more clarity however. Yet, this also manages to raise the show’s mystery because now there is a cult involved and we do not know much about their intentions, operations and beliefs.

As stated earlier, all the themes of the first season of ‘Servant’ are also coalesced beautifully. Sean cooking Jericho’s placenta does deliver the intended sense of perturbation. However, it does not feel like a cheap trick because viewers have been simmered up to it carefully with the other food-related displays of disgust in the previous episodes.

Plus, attentive viewers would also appreciate the fact that the incoming storm had been teased ever so minimally. Several episodes started with heavy rain (like the first one) while in multiple other scenes, rainfall was distinctly (but also subtly) made to be a part of the mis-en-scene.

With ‘Servant,’ M. Night Shyamalan has managed to create a tiny universe existing within ours. The show has definitely not ended and there is a lot more to look forward to. It will certainly be intriguing to see what direction the show goes to in the future. Moreover, the characters will also not stay stagnant or unchanging. In fact, Dorothy and Sean seem to have switched places with the former finally recalling the past and the latter showing real signs of mental disturbance/trauma.