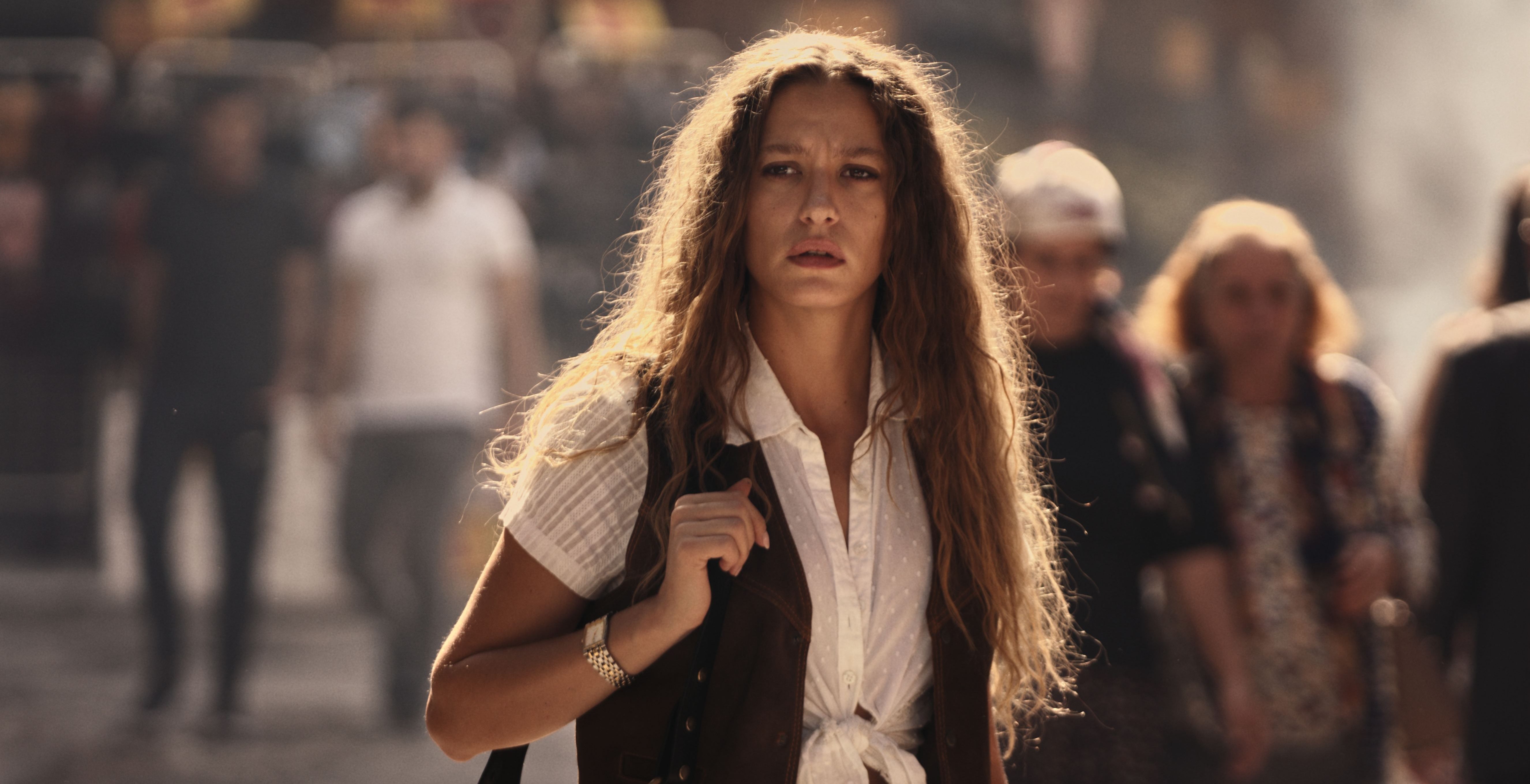 Netflix’s Turkish series ‘Shahmaran’ revolves around a psychology professor named Shahsu, who arrives in Adana for delivering a lecture at the local university. Her arrival gives her an opportunity to meet her estranged grandfather Davut, who abandoned Shahsu’s mother when the latter was a child. The mystery series progresses through the consequences of Shahsu’s decision to work at the university for a few months while staying with her grandfather. She meets Maran and their intricate relationship alters their lives forever. The engrossing first season of the series ends with captivating developments one after the other. If you are trying to make sense of the same, consider us your ally! SPOILERS AHEAD.

‘Shahmaran’ begins with Shahsu arriving in Adana to meet her estranged grandfather Davut and deliver a last-minute psychology lecture. She confronts her grandfather and asks why he abandoned her mother when she was a child, only for Davut to remain silent. She also decides to join the local university temporarily. Shahsu soon meets Maran, her neighbor, marking the starting point of their intricate relationship. Maran and his family that includes his father Ural and three sisters are Basilisks, who have the characteristics of both a snake and a human being. Shahsu’s arrival is celebrated by Maran’s family since they believe that she is an integral part of a prophecy that can save humans from doom.

After deciding to stay in Adana, Shahsu witnesses several astounding occurrences. She nearly gets killed by a fire during a cultural event and a man in a hoodie follows her as she spends time in the city. The professor starts to dream about a snake crawling into her bed as well. Shahsu also forms a bond with her colleague Cihan, the son of Maran’s family friend. Meanwhile, several tourists kill themselves in the region, which is seen as a bad omen by Maran’s family. The man in the hoodie talks to an unrevealed woman staying with several snakes inside a deep well, located at a ruined castle.

The man in the hoodie tries to kill Shahsu by making her follow him. When the same does not get fulfilled, he sends several snakes to kill her. Maran arrives at the place and saves Shahsu by sucking off the venom from her wound and seeking the help of his sisters. Maran and her sisters dip her in a pool and bring her back to life. The next day, Shahsu wakes up with vignettes of the previous day in her mind, which leads her to Maran’s house to find out what really is happening at the place. Cihan grows jealous of Maran since the latter doesn’t take long to share his life with Shahsu, while getting respected as the “chosen one.”

After saving her life, Maran grows more intimate with Shahsu. They acknowledge their feelings for one another as well. Meantime, Maran notices changes in his skin that indicate it’s time for him to shed his old skin like a snake for a revived life. After a small trip, Maran and Shahsu start their journey back home. Maran proposes running away from Adana and their family members, only for Shahsu to not give an appropriate reply. Maran soon starts to spend his days in the “pool room” of his house as his old skin gets removed from his body. A jealous Cihan joins hands with the man in the hoodie to lead Shahsu to the woman in the well of a ruined castle.

While Cihan takes Shahsu to the castle, Maran interferes and saves Shahsu. Maran and Cihan end up having a bloody fight, which is a bad omen since the two Basilisks aren’t supposed to fight. Around the same time, Shahsu’s fellow professor gets controlled by the woman in the well. To fight against the same, Ural organizes a party at his place.

Yes, Shahsu and Maran do end up together. Ever since meeting for the first time at the lake, their relationship sees a gradual progression. Although Cihan’s presence initially threatens the same, he starts to make Shahsu uncomfortable from the day he takes her to a Basilisk neighborhood. Maran eventually makes it clear to her that he wishes to share his life with her, even if by abandoning his family, displaying his commitment to their relationship. During Ural’s party, Shahsu’s feelings for Maran conquer her as she leads him to the lake where they first met. They share intimacy and assure their love for each other.

Maran’s revelation that he is a half-human and half-snake Basilisk astounds Shahsu. When he tells her that they are destined to be together according to a prophecy, Shuhsa misunderstands that Maran faked his love for her for the sake of the prophecy. It doesn’t take long for her to understand that it isn’t the case as she gets partially covered in snake scales. Shahsu must have seen the same as an indication of how right and pure her and Maran’s love for each other is for her to have snake scales and become one with the latter. After escaping from the man in the hoodie, Shahsu reunites with Maran after a brief separation.

Maran, on the other hand, never acknowledged himself as the “chosen one” to materialize the prophecy of loving a human girl to stop Shahmaran’s sister from eliminating the human species from the Earth. He has always been rebellious and expressive about how much he detests his role in the co-existence of humans and Basilisks in the future. When he starts to have feelings for Shahsu, he realizes that he was chosen for a reason. He gets convinced about the prophecy only after nurturing genuine feelings for Shahsu, which leads him to their togetherness.

Will Shahsu and Maran Die?

Shahsu and Maran end up together according to a prophecy that explains the prospects of Shahmaran’s rebirth. For the incarnation of love to be born again, a marked Basilisk and chosen human should “love each other to death.” In addition, the particular human being should also make a sacrifice by leaving to the underworld. Since Shahsu and Maran end up together, Shahsu is expected to fulfill her journey to the underworld for the rebirth of Shahmaran. But her banishment to the realm may not be the only obstacle in front of her. Maran’s father Ural actually hides an essential step in the prophecy from him and the same can be something that causes harm to Shahsu.

Ural must have thought that Maran will never materialize the prophecy if the particular step is known to him. If the step is that dangerous, it should be affecting the human being who is making the sacrifice, who is none other than Shahsu. Thus, there is a possibility that the final step in the prophecy is concerning Shahsu’s possible death. Since she is forced to make a sacrifice as retribution for Shahmaran’s death, it will not be a surprise if Shahsu doesn’t have much time left on Earth. If Shahsu dies, Maran may become suicidal like Shahmaran’s partner Camsap became after her death. Maran may not be able to tolerate that he led his destined lover to her demise, which may lead him to his own death.

Who is the Woman in the Anavarza Castle? Does She Die?

Lilith, Shahmaran’s sister, is the woman who is confined in the well at the Anavarza Castle. When Camsap betrayed Shahmaran’s trust to lead her to her death, Lilith was infuriated and wanted to release her wrath on humankind. However, Shahmaran, who doesn’t tolerate cruelty even if she suffers from the same, banishes her sister from doing the same by confining her in the well. For years, Lilith remained in the well, awaiting the day she can finally come out of the same to eliminate the human species from the world. According to the prophecy, Lilith can only be stopped by the union of a marked Basilisk and a chosen human being, who are Maran and Shahsu respectively.

Since Shahsu and Maran end up together, Lilith most likely has met her end. The series ends with a white snake hissing at Lilith’s “home,” indicating that the same has likely killed her to stop her from eliminating humankind. If that’s not the case, Shahsu and Maran’s union may have transformed Lilith into a powerless white snake, especially since the same wasn’t among the other snakes that lived with Lilith in the well. Considering that the destined lover’s togetherness also ensures Shahmaran’s rebirth, it may have occurred when Lilith’s existence came to an end.

Who is Davut? Is He Dead or Alive?

Davut is none other than Camsap, Shahmaran’s partner. For Shahsu to become the chosen human being destined to stop Lilith and pave the way for Shahmaran’s rebirth, she has to become a blood relative of Camsap. Davut is the identity Camsap accepts to lead a life filled with guilt and regret. After causing the death of his lover, Camsap consumes the tail part of Shahmaran, which makes him immortal. Since he is immortal, he started to survive every attempt to kill himself. Finally, tired of trying to kill himself, he assumed the identity of Davut to lead a solitary life.

While Ural’s party progresses, Mirac confronts Davut/Campsap for causing the start of the unfortunate event that threatens the survival of both mankind and Basilisks. Before Mirac could stab him, Camsap pulls Mirac’s knife towards his body, only to get severely injured. However, he may still survive the incident because he is immortal. Although Camsap is immortal, he does age such as other mortal beings like humans. Even if his attempt to kill himself fails as always, we can expect the same to make his life tougher. Having said that, Camsap may die if Shahsu and Maran’s togetherness saves him from the never-ending guilt and regrets.

Shahsu and Maran’s union most likely kills Lilith and paves the way for Shahmaran’s rebirth. It may also give Camsap an opportunity to attain redemption by accepting death and escaping from the tortures of living. The final part of the prophecy that Ural hides from Maran can even be about Camsap/Davut’s potential death.