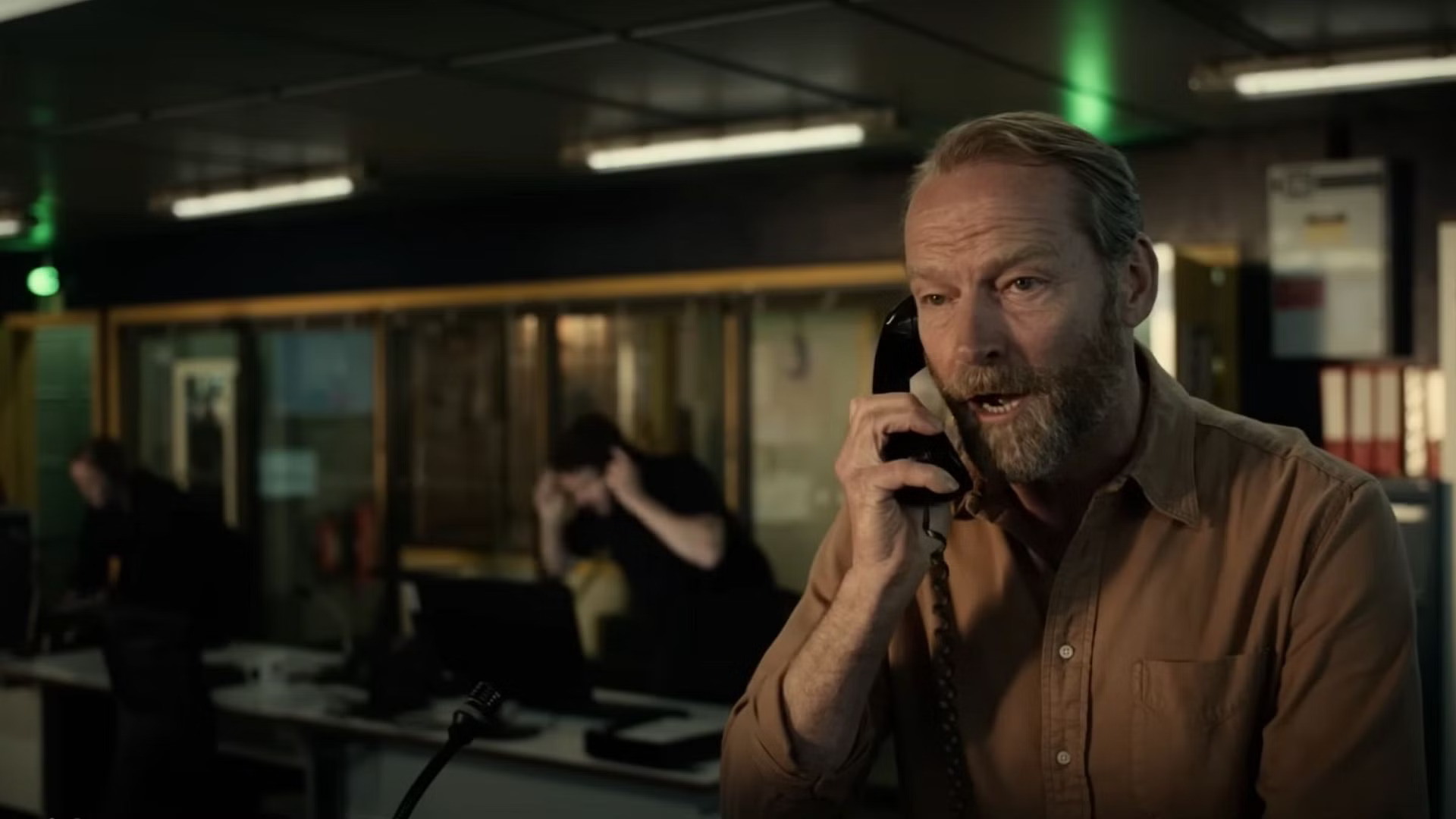 Created by David Macpherson, ‘The Rig’ is a captivating sci-fi supernatural thriller series that encapsulates the mayhem faced by a drilling rig crew returning to the mainland. In a mysterious turn of events, they are surrounded by fog, which leads to complete isolation from the outside world. They encounter supernatural forces beyond their understanding and are forced to fend for themselves.

Director John Strickland and Alex Holmes truly bring the crew’s nerve-racking trail to life. If Amazon Prime Video’s ‘The Rig’ made you crave more supernatural thrillers with underlying themes of survival and community, we’ve got several interesting recommendations for you! You can watch most of these shows similar to ‘The Rig’ on Netflix, Hulu, or Amazon Prime. 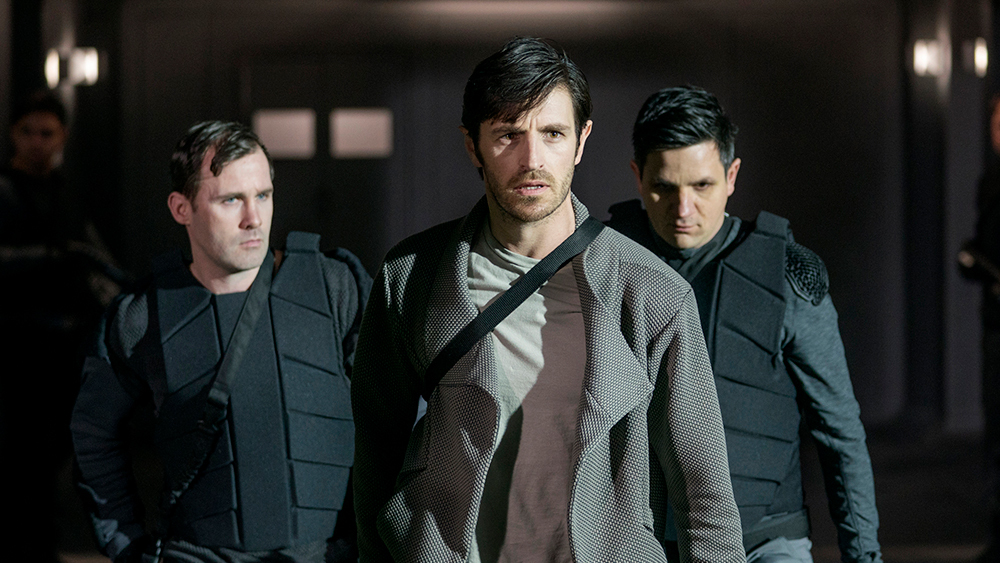 ‘Nightflyers’ entails the story of a group of scientists on an ambitious mission to connect with extraterrestrial beings. A series of unfortunate and violent circumstances in the spaceship makes them doubt each other until they realize that an unwanted companion is on board with them. They are left with no option but to fight off these beings.

The series is an adaptation of the eponymous novella and a series of short stories by George R. R. Martin. The creator Jeff Buhler beautifully strings the narrative together and makes it a thrilling experience for the viewers. Both the groups in ‘Nightflyers’ and ‘The Rig’ are against unknown forces, with only each other to rely on. 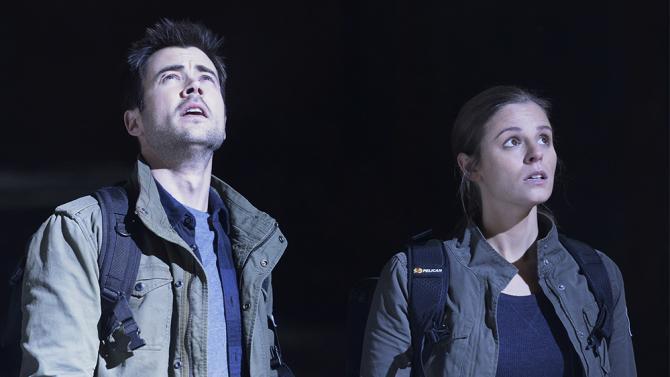 Helix is a sci-fi horror show that revolves around a team of scientists from the Centers for Disease Control and Prevention (CDC) who go on an expedition to the Arctic to investigate an outbreak. However, they couldn’t fathom the threat that lies ahead! They are entrapped into this facility with zombie-like creatures, where they must survive and make important decisions for humankind. Created by Cameron Porsandeh, this series is layered perfectly to keep the audience engaged. Similar to the crew in ‘The Rig,’ the scientists from this show have a mystery to unravel by the end. 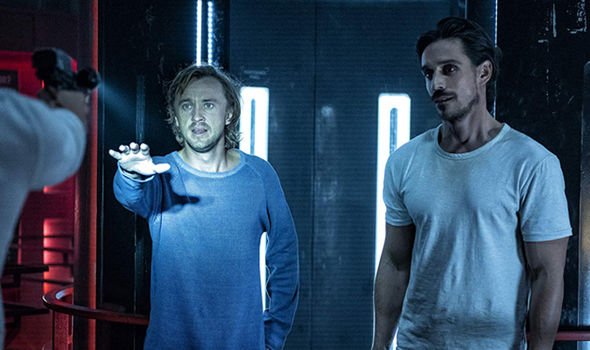 ‘Origin’ centers around a group of people who are en route to a new world. However, they have an imposter among them, someone who is far from what they claim to be. Fighting off parasites while boarding a broken spaceship isn’t really the ideal start for forming a new world. Mika Watkins, the creator of this series, is peculiar about the details and makes you root for the people. The commonality between ‘Origin’ and ‘The Rig’ has to do with how a team of stranded people, cut off from the world, can face these disasters without any outside help. 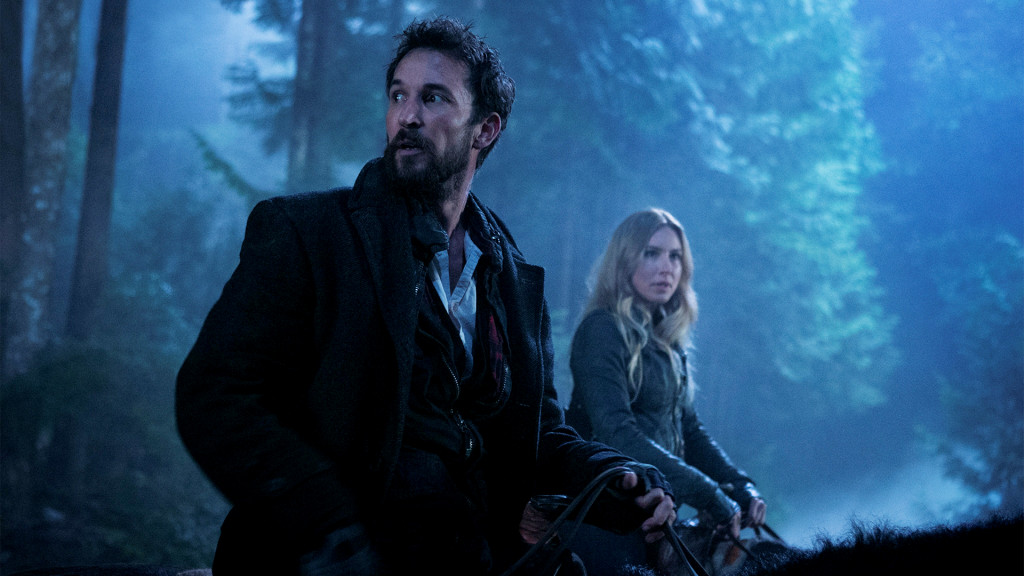 Set in a post-apocalyptic world, ‘Falling Skies’ is a science fiction show that depicts the aftermath of an alien invasion that wipes out 90% of humanity. The survivors muster up the courage to fight back and what unfolds is a tale of bravery and heroism. Tom Mason (Noah Wyle) is a history professor who becomes the second in command of the regime that is plotting strategies to regain power.

Created by Robert Rode, the viewers closely follow the journey of Tom and other survivors, who portray immense character development. ‘The Rig’ and ‘Falling Skies’ show us how the human spirit of going head to head with a problem and smiling in the face of adversity. 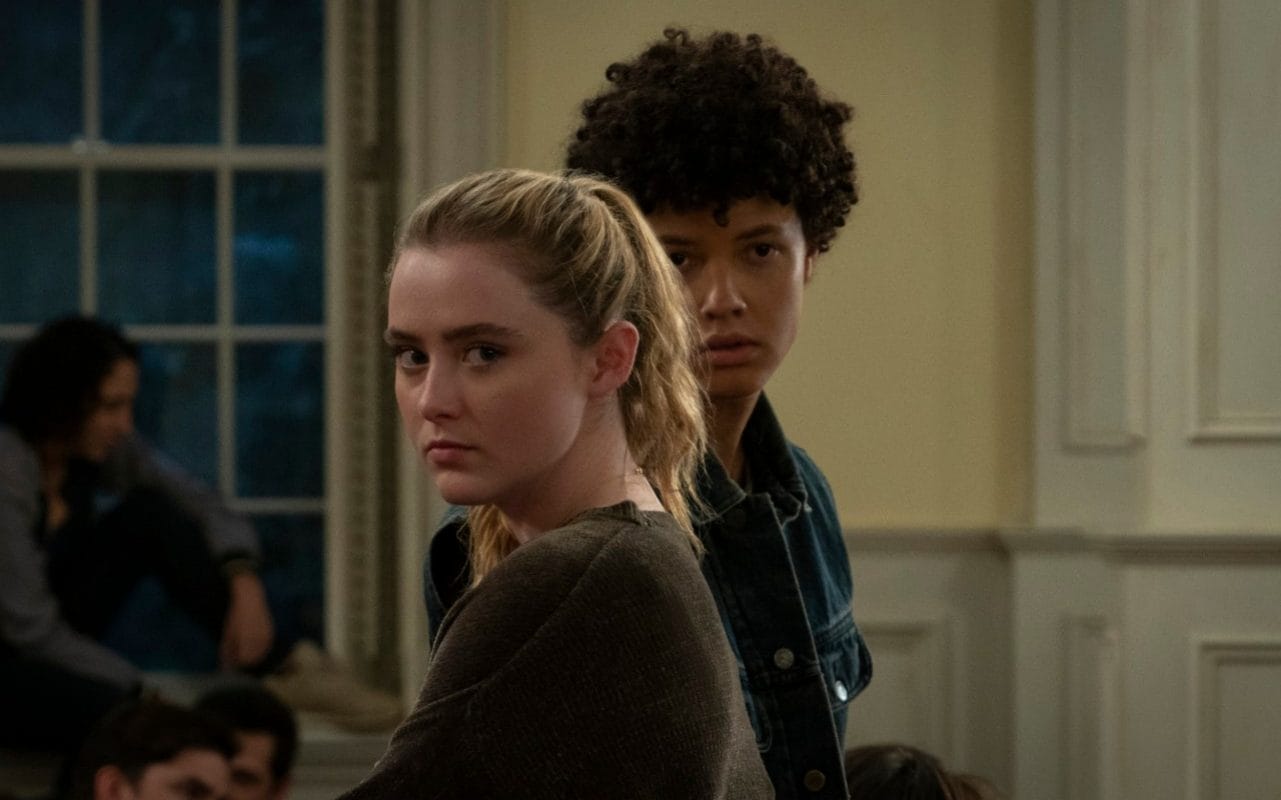 ‘The Society’ is a mystery drama that begins with a group of teenagers who return from a canceled field trip. However, the outside world is now engulfed by a dense forest, and suddenly they have no means to connect with anyone. Making the best of what they have, the group tries to survive by creating their rules and living in abrupt conditions. Christopher Keyser, the creator of this unique show, aptly covers group dynamics and how people might react under such circumstances. Like the crew in ‘The Rig,’ the teenagers are stranded and trapped without any support from people beyond their confines. 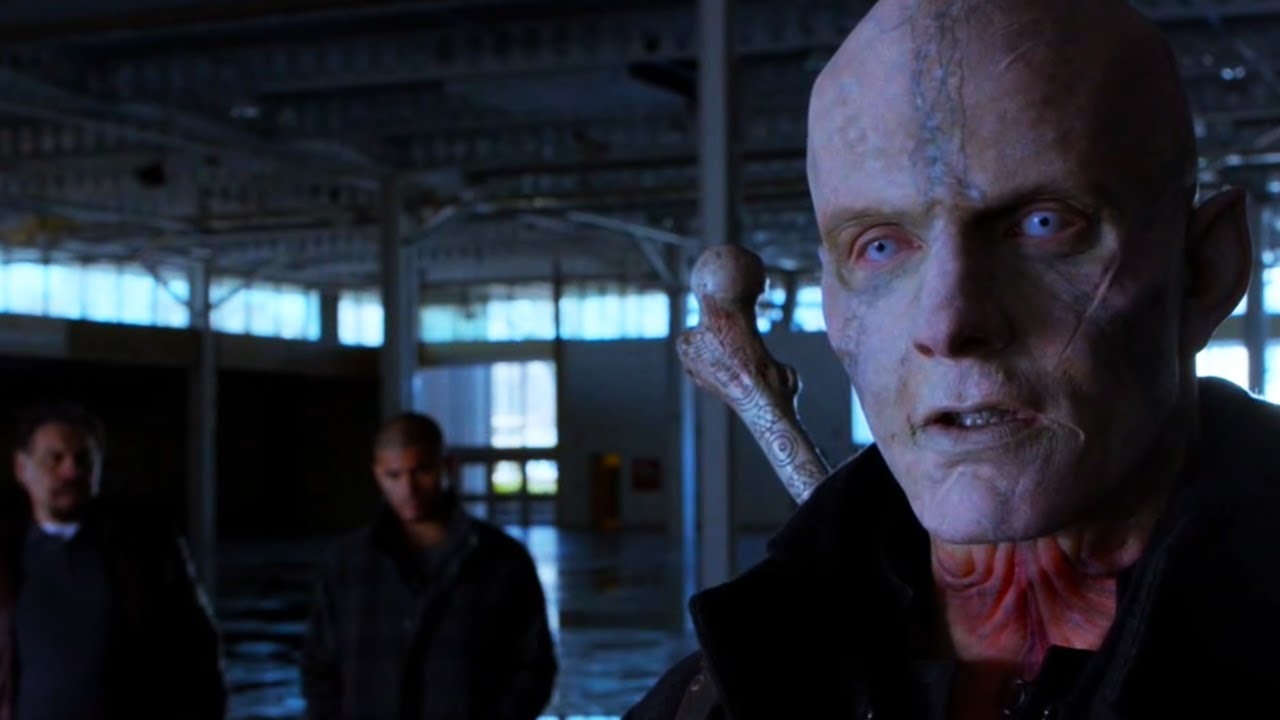 ‘The Strain’ is a horror drama about vampires, based on the eponymous novel by Chuck Hogan and Guillermo del Toro, who also created the show. The show kicks off with Dr. Ephraim Goodweather, the head of the CDC, being summoned to investigate a mysterious plane landing because all the passengers are dead. Goodweather and his team soon discover that the outbreak is leading to vampirism.

As the virus quickly overrides the city, he and his team take it upon themselves to safeguard humanity. The show draws parallels with ‘The Rig’ because both groups encounter supernatural occurrences out of the blue. 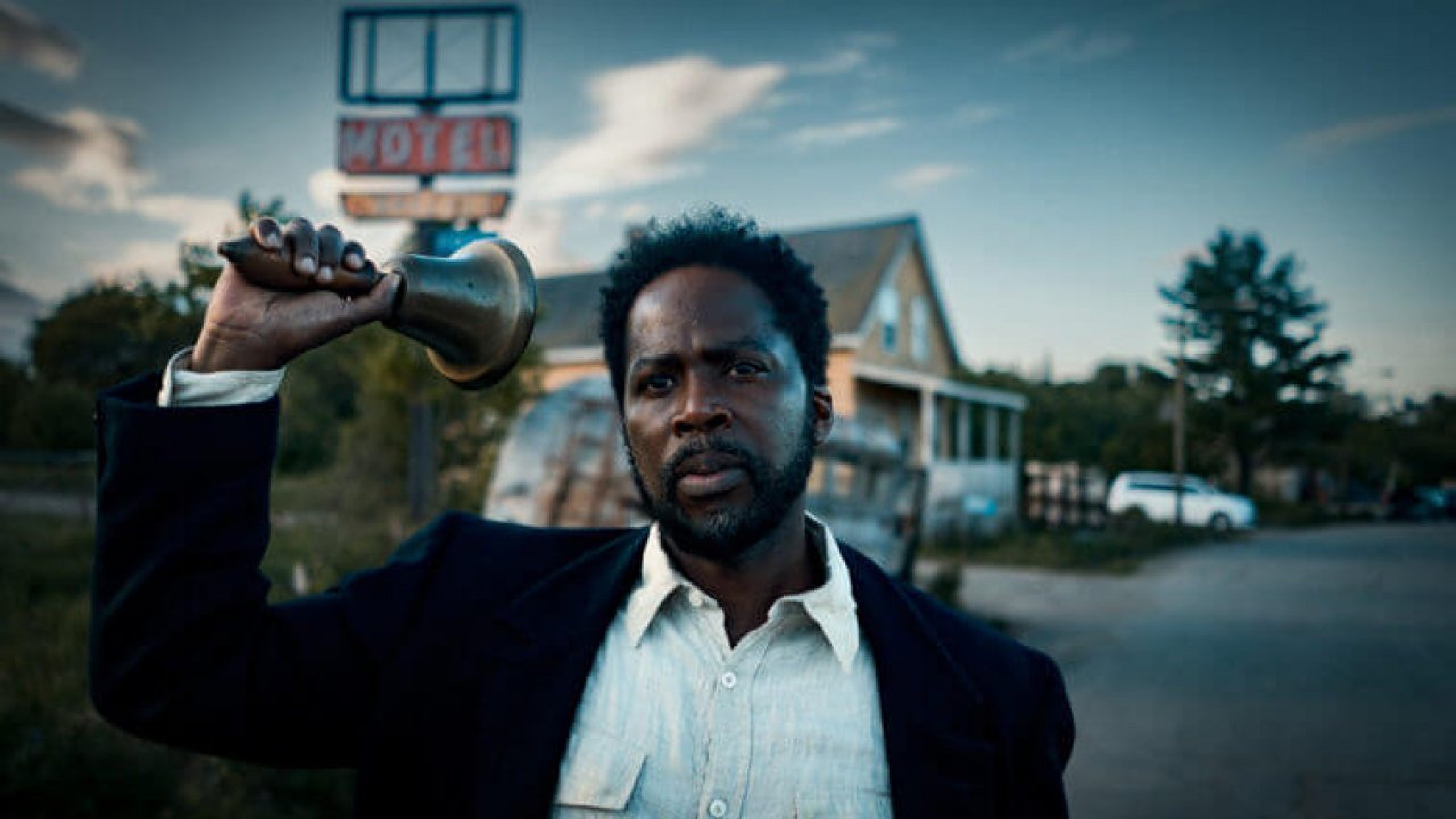 ‘From’ is a sci-fi horror series based in a strange town that one can’t escape. When the Matthew family tries to drive by this place, they keep driving in a loop. They soon discover the horrors of this town, which is inescapable and filled with monstrous creatures. The forest beholds secrets, waiting to be unraveled. This bone-chilling series is created by John Griffin and brings a refreshing concept to the table. Like ‘The Rig,’ this show also explores themes of isolation and fear of the unknown. 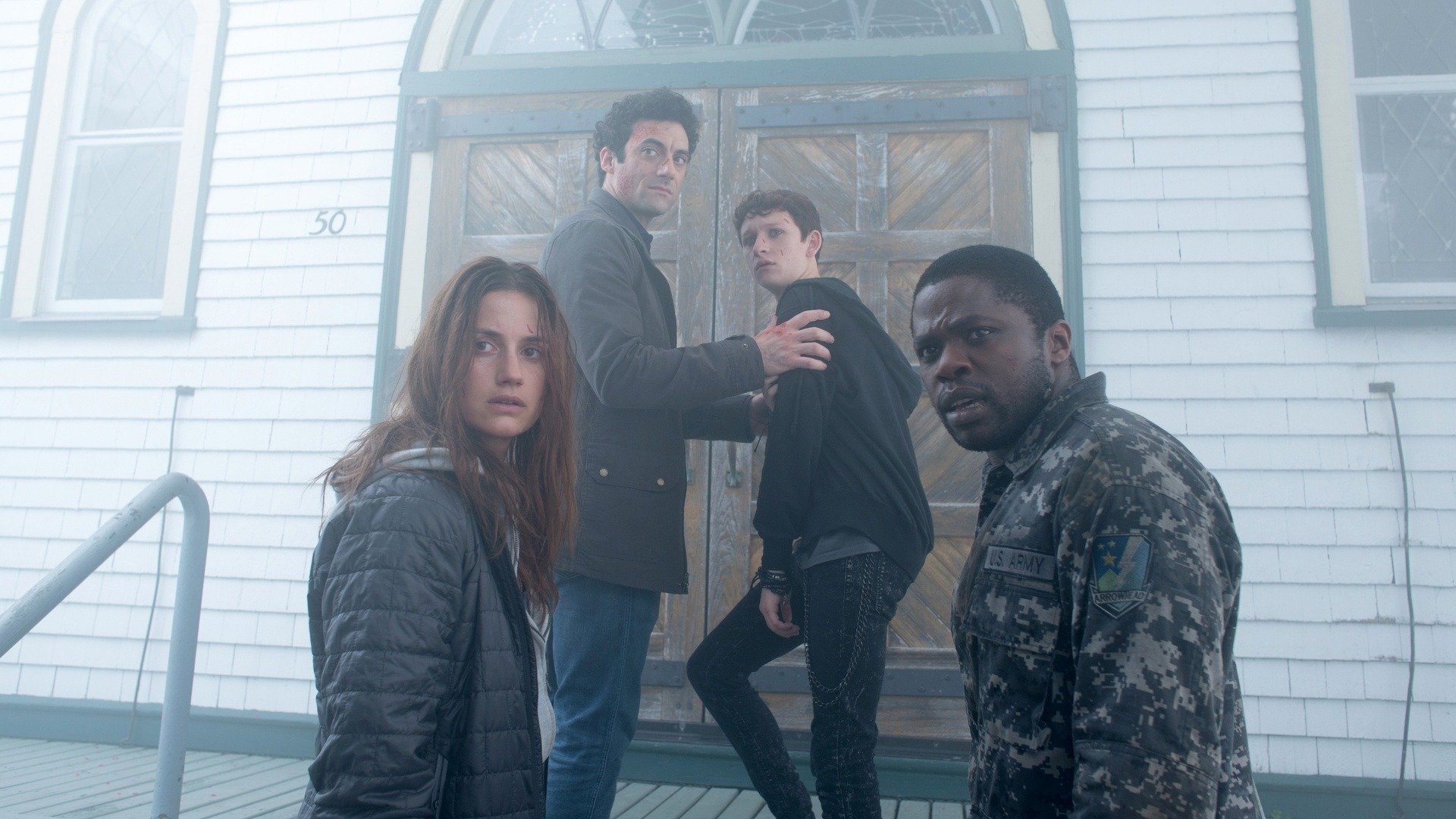 ‘The Mist’ is a horror series created by Christian Torpe, based on the eponymous novella by Stephen King. It zooms in on the residents of a small town in Maine as a mist engulfs everything in their surroundings. All sorts of deadly creatures and perilous mishaps lie in the mist, so the town folks group together to survive. What follows is a series of breakdowns, paranoia, and unexplained events beyond their imagination as the group are stuck inside a supermarket. There is not a single dull moment in the show, and it ends on a high note. ‘The Mist’ comes the closest to ‘The Rig’ because it also focuses on the psyche and fears of the survivors, and the nature of the outlandish haunting event is akin, and that’s precisely why it tops our list.