Siberia Ending, Explained: Are Hill and Pyotr Dead or Alive? 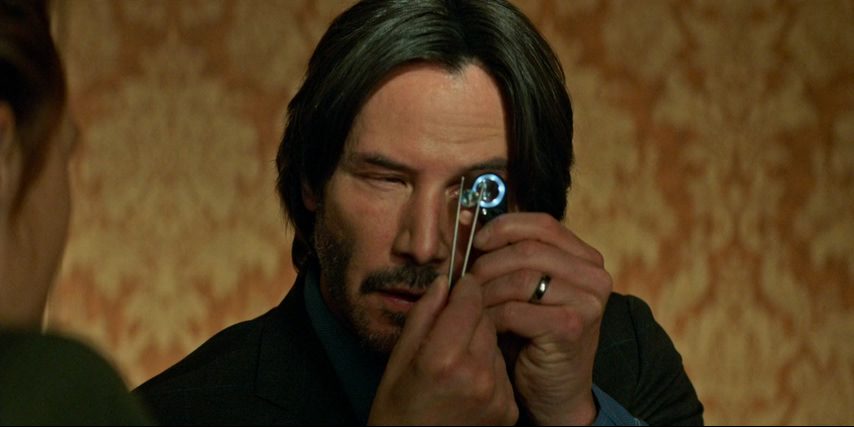 ‘Siberia’ is a modestly immodest 2018 Russian-English bilingual action thriller set in the shady east, where the presence of Keanu Reeves adds a nervous edge to the story. Matthew Ross directed the spy thriller about a not-spy who gets cooked up in his entanglement. As per the wife’s advice, Lucas Hill tries to be nice to everyone and commences an affair with Katya. Who knows where his seller Pyotr is, and in the meantime, diamond merchant Lucas Hill plays too close to death.

The movie unfolds like a western set in the east – an unlikely tale of romance sprinkled with some deadly surprises. The shock ending and the awkward lovemaking scenes infuse some spirit into this otherwise bleak and barren tale. Let us recollect the finale in greater detail. SPOILERS AHEAD.

Lucas Hill reaches Saint Petersburg, lured by Pyotr, who promises to make Hill rich. However, when he lands in Petersburg and enquires at the hotel where Pyotr is supposed to stay, Pyotr seems to be out of reach. As per Raisa, the hotel receptionist, the police were about to raid the hotel room, and Pyotr left the scene while he still had the chance. Raisa gives Hill Pyotr’s new address at the Gorynch Guest House in Mirny. In the meantime, Hill pressurizes Pyotr by reminding him of the name of Boris Volkov. Hill meets Boris Volkov, the prospective buyer, and buys a few days.

However, Hill promises Volkov the entire shipment for the delay. Volkov is a hotshot businessman with ties to the mafia, whose brother Pavel thinks it would be interesting to tell Hill the story about the Swedes. Volkov also reminds Hill that the South Africans (mostly Vincent) are in town. Later, Hill reaches the hotel room, opens his inventory of cell phones, and sets up a new phone. He leaves a message for Pytor and drives to Mirny, a desolate town in Eastern Siberia. Pyotr has left the guest house, asking Hill to wait for him. Hill arrives quite late; the receptionist gives him the keys and tells him that a man called for him.

This man is Vincent, who seems to have a stake in Hill’s life, despite Volkov’s best interests. He owes Hill a previous favor and wants Hill to consider him a friend. Meanwhile, Hill gets embroiled in a mess with Yefrem and his friend while protesting obscenity in a cafe. The cafe owner, Katya, picks him up and takes him to her apartment. Out of gratitude, he makes french toast the following morning. He has to meet Pyotr’s brother Andrei, who tells Hill that Pyotr has sold some fake diamonds to former Specnaz member Samsonov and his men. Meanwhile, Hill hangs out with Katya and her mischievous brothers, but where the hell is Pyotr?

Siberia Ending: Why Is Hill Uneasy? Is Hill Dead or Alive?

Lucas Hill has been playing too close to the fire, and he knows it. We do not know how much Hill knows Pyotr, but Hill does not seem at ease in his surroundings. Well, there are several reasons for his unease. Firstly, he is not in his own country – he is halfway around the world in the bleak, cold nowhere. Secondly, he is in a dangerous trade – blue diamonds – which does not seem easy to do.

Hill has another problem, however. He is friendly to everyone, making him lose some of the authority he wears on his face. Lucas stays primarily silent, aside from his sudden outbursts of energy and angry bantering in Russian. If we compare Lucas to Howard Ratner from ‘Uncut Gems,’ Keanu Reeves has lesser waves than the neurotic energy of Adam Sandler, but his portrayal has its charm.

When Katya gives Lucas the proposition to sleep with her, Lucas ponders upon the situation. He is no James Bond to jump on the bed with every allure, but Lucas and Katya share their fair shares of lovemaking scenes. Katya chooses to go with the flow as her brothers have already assumed that she has had coitus with the American. Lucas video-calls his wife, rather totteringly, but comes back to Katya for warmth. Hill makes love to Katya in the kitchen. Hill goes bear hunting with Katya’s brothers the following morning, but maybe he is the bear. Later, Hill and Katya have some more bedroom rodeo, and Katya asks why Hill never brings his wife gifts.

Vincent coaxes Hill to meet, and his intention of the meeting is not the diamonds. He is somewhat invested in Hill, who is becoming too visible in the deal. While Pyotr hides in the shade with the excuse of bad weather, Hill is at the center of the drama. Vincent is worried for Hill and urges him to return to the US. Even the FSB is after Lucas. After the lewd brotherly pact with Volkov, Lucas Hill comes back to the hotel in Petersburg, where yet more terrible things await Hill. The FSB wants Hill to channel the fake diamonds to Volkov, using Katya as a chip. Hill decides to save Katya and accept the fatal mission.

Maybe some of you can argue that Hill lets emotions get the better of him, and perhaps he should not even have come to Russia if he could not stand the coldness. But at this point, Hill has an evidently nasty feeling towards Volkov. He has also developed an affection for Katya, especially after the incident at Volkov’s house. Thus, he accepts the offer of the FSB and walks steadfastly into a suicide deal. While he initially dupes Volkov and his brother, they hunt him down and shoot him. This shocking ending also proves the banality of Hill’s non-spy life lived like a spy, which adds a Kafkaesque feel to the story.

Is Pyotr Dead or Alive? Where Are The Real Diamonds?

Pyotr is the actual player of the game who has successfully duped two – Hill and Samsonov. Therefore, seemingly, Pyotr has it coming if he has not already fled the scene to survive the weather. Hill returns to Mirny after getting a tip about Pyotr and finds Andrei dead in the stable. Possibly, Samsonov’s men or Volkov’s goons have killed him just before Hill could reach the location. With Andrei’s death, the weather gets a bit bleaker, and we reach the story’s outcome. And the end acts as a premonition to Hill’s coming demise, but Hill does not go without a fight. In the meantime, Pyotr is the one who gets rich, and he possibly keeps the real diamonds — if there is any natural diamond at all in the equation.

Read More: Where Was Siberia Filmed?