Sienna Li From Making The Cut: Everything We Know 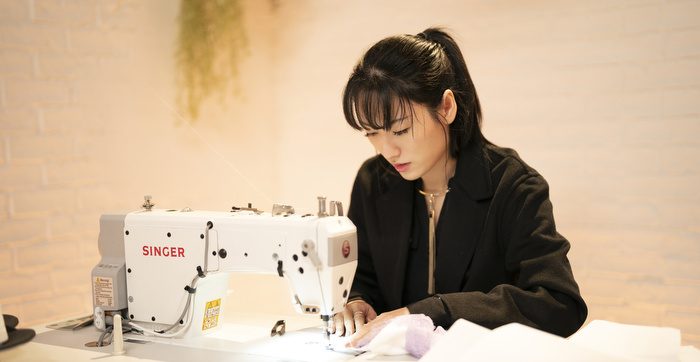 Amazon Prime’s ‘Making The Cut‘ is an interesting competitive design reality show that brings together a group of talented up-and-coming designers and pits them against each other in a battle of grit, determination, and talent. While each contestant on the show is set on making their mark in the fashion industry, they are tested by the various challenges that consider their talent, technique, and quality. Besides, with one contestant getting eliminated after each challenge, the last one standing is crowned the winner and offered a massive cash prize as well as a lot of exposure.

A contestant on season 3 of ‘Making The Cut,’ Sienna Li is a well-known name in the fashion industry. Famous worldwide for some of her fantastic creations, she was delighted at the opportunity to compete and was determined to give her best on the show. Well, for all the curious fans, here is everything we know about Sienna.

Unfortunately, Sienna hasn’t gone public with her age, but she hails from a loving family in Harbin, China, and has maintained a close bond with her loved ones to date. Although she has since moved out of China and is a full-time fashion designer based in New York, she acknowledges her family for the success she has gotten today. In fact, after Sienna discovered her passion for design and fashion, her loved ones egged her on and motivated her to follow her heart.

Interestingly, Sienna did not pursue fashion design from the get-go as she attended the University of York, where she pursued a master’s degree in modern and contemporary literature. However, while interviewing creative talents during her stint as a journalist in London, she decided to pursue a career in design. Thus, Sienna first studied in Central Saint Martins and then graduated from the Parsons School of Design and has made a mark in the industry through her brilliant creations.

Once Sienna graduated from the Parsons School of Design, she was determined to make a name for herself in the fiercely competitive industry. Thus, in 2015, she established her high-end women’s fashion brand Sienna Li in New York and has been taking her business to heights. While her creations were received quite favorably in the initial days of her business, established designers soon noticed Sienna’s immense talent, and the New York-based fashion designer began earning much-deserved respect and critical acclaim.

At present, Sienna keeps herself busy managing her eponymous fashion brand, although sources claim that she plans on establishing a second brand, which would be aimed at selling accessible and everyday apparel. On top of that, her incredible work has gotten its due recognition as Sienna has been featured in prestigious publications such as Vogue Italia, L’OFFICIEL, and Harper’s Bazaar. Additionally, she has also showcased some of her brilliant creations at the New York Fashion Week.

Is Sienna Li Dating Someone?

Unfortunately, Sienna prefers to keep her private life out of the spotlight and hasn’t revealed much about her dating history. Moreover, most of her social media posts promote her work as a designer and often showcase some of her creations. Thus, apart from the absence of someone special being quite apparent, the New York-based fashion designer hasn’t been linked to anyone, making us assume that she is single and focused on achieving further success.

Read More: Ciara Chyanne Morgan From Making The Cut: Everything We Know