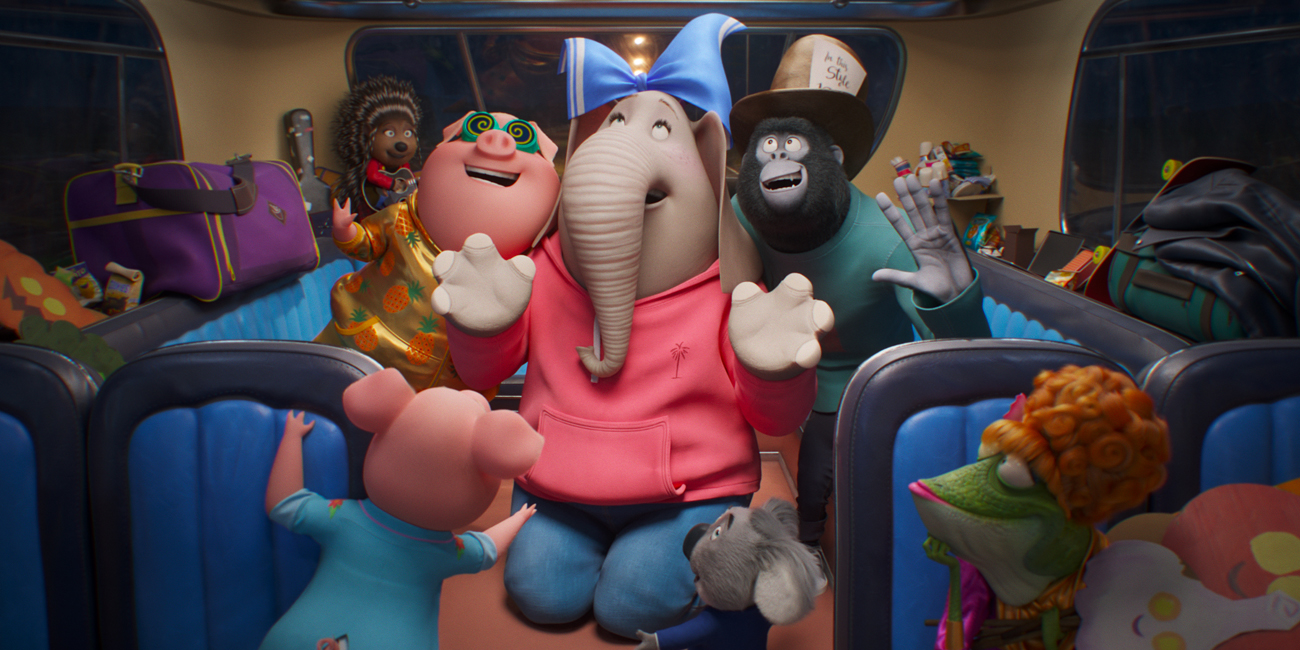 Illumination’s animated film franchise ‘Sing’ centers around Buster Moon, the owner of Moon theater. To save his theater from foreclosure, Buster conducts a singing competition show. Its success saves his theater, and the contestants become the members of his troupe. In ‘Sing 2,’ Buster and his group attempt to put a show with a forgotten rock star albeit obstacles. Directed by Garth Jennings, the ‘Sing’ films offer a heart-warming experience as Buster and his group try their best to overcome challenges together.

Both the films garnered immense appreciation from critics and audiences alike, especially for the incredible voice cast, captivating soundtracks, and heartening narratives. Since ‘Sing 2’ ends with ample scope for a third installment, viewers must be wondering about the prospects of the same. If that’s the case, here’s everything you need to know!

‘Sing 2’ released theatrically across the US on December 22, 2021, by Universal Pictures. Ahead of its theatrical premiere, the film had its world premiere on November 14, 2021, at AFI Fest Celebration. The second film of the franchise was scheduled to release on December 25, 2020, and July 2, 2021, but was postponed due to the COVID-19 pandemic in both instances.

As far as the third film of the franchise is concerned, here’s what we know. Illumination, the production company of the franchise, has not yet announced ‘Sing 3.’ However, the possibility of the film happening is extremely high. Several voice-cast members of the franchise have openly shared their expectations of the third ‘Sing’ film happening in the future. Matthew McConaughey, who lends his voice to Buster Moon, even expressed his wish to be part of the soundtrack of the potential third ‘Sing’ installment.

Scarlett Johansson and Tori Kelly, who portray Ash and Meena respectively, also expressed their desire to be part of the third film of the franchise and even revealed their wish to see singer-songwriter Dolly Parton in the cast. Considering the end of ‘Sing 2,’ which opens scope for a potential third film as a major theater expresses their interest in Buster and his group’s show, the prospects of a third film are indeed bright. Thus, if the film gets greenlit, we can expect ‘Sing 3’ to release sometime in 2024 or later.

Although there’s uncertainty over the possible participation of Halsey (Porsha Crystal), Pharrell Williams (Alfonso), and Bono (Clay Calloway), we can hope they will also return to lend their voices if the film gets greenlit. The return of Bobby Cannavale as Jimmy Crystal is also a possibility. We can also expect numerous fresh talents in the voice cast once the film gets greenlit.

Sing 3 Plot: What can it be About?

The second film of the franchise, ‘Sing 2,’ follows Buster and his group as they arrive in Redshore City with their show. However, they fail to impress the entertainment mogul Jimmy Crystal with their pitch. Meanwhile, Gunter pitches a different show with Clay Calloway, a forgotten rock star who was last seen 15 years ago.

Impressed with the pitch, Crystal agrees to do the show and gives an ultimatum to the group to finish the production. Ash convinces a reluctant Calloway to do the show, and the group commences the production. Challenges ensue while Buster aims for success, but he and his group triumph in the end. The film ends with a major theater showing interest in the show, indicating a future for the show and the troupe.

If greenlit, ‘Sing 3’ may follow Buster and the troupe’s new adventure with the show at the major theater. After going through numerous adversities, Buster finally tastes success at Redshore City. The third film of the franchise may follow his attempts to sustain the show’s success in a new environment. We can expect the predicaments that revolve around Ash and Meena to continue. Even though Crystal gets arrested, we may see him return to threaten Buster. More than anything, we can hope for Buster to share his wisdom and optimism to deal with challenges of any sort in the potential third film of the franchise.