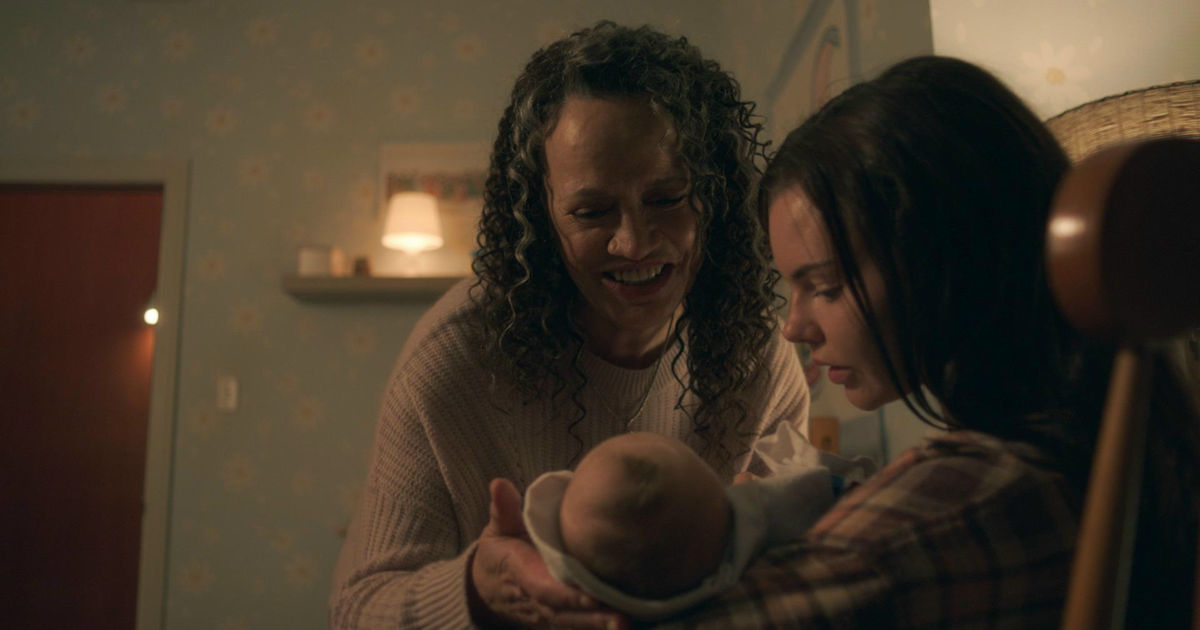 Mermaids aren’t always the heavenly, magical creatures that we expect. ‘Siren‘ shows us just how dangerous these mythical deep sea killers can be. The tale is set in Bristol Cove, a fictional town legendary for being home to mermaids. One day, a strange woman wanders into town looking for her sister, who’s been captured by the army.

Soon, chaos follows, and two marine biologists struggle to understand why mermaids are coming to land. Over the seasons, we have seen confusion turn into tension, as a war is brewing between mermaids and humans in Season 3. The last episode sees Ryn’s priorities shifting when she realizes she is a mother.

However, even as Tia gathers other mermaids to prepare for battle, the pressing question is if Ryn’s pureblood child is safer among the ruthless humans or dangerous mermaids. Curious to know what happens in the latest episode? We have the rundown, spoilers for the upcoming installment, and information about when and where to watch it.

Siren Season 3 Episode 6 Release Date: When Will It Premiere?

”Siren” is on Freeform. Thus, you can watch it with a cable subscription. If you don’t have one, you can always head to the Freeform site and stream it. Cord cutters are on the rise, and several options have been made open to them. After all, they make up a large section of the viewer base, and platforms try to give them access to the show.

The upcoming episode of ‘Siren’ is titled “The Island.” Ryn discovers some injured mermaids who luckily escaped Tia’s violent takeover. Xander and Ben have a taste of skirmishing when they encounter Tia’s troops. Meanwhile, Ted explores his family lineage, and Maddie tells Robb half-truths to win his trust. Check out the promo of the upcoming episode below.

The episode threatens the impending war between humans and mermaids. Although humans have proven to be dominant in the past, it remains to be seen if a united mermaid onslaught can be handled. Tia has precisely that in mind. Usually, Ryn would stop her, but she’s torn between her obligations and what to do with her child.

She needs to ensure the baby has the best of land and water, but when her human instincts kick in, she’s unwilling to give the baby up to be raised by mermen. Tia has already warned Ryn about choosing the humans over her community, and it remains to be seen how she reacts when she learns about Ryn’s baby.

Meanwhile, Ben injects himself with aquatic step cells, which gives him superhuman powers. He might use it to protect Ryn and the baby from Tia, or it might be used to create an army in Bristol Cove, to hold off the mermaids. Things are tense on ‘Siren’ right now, and we cannot wait to see what the upcoming episode reveals.