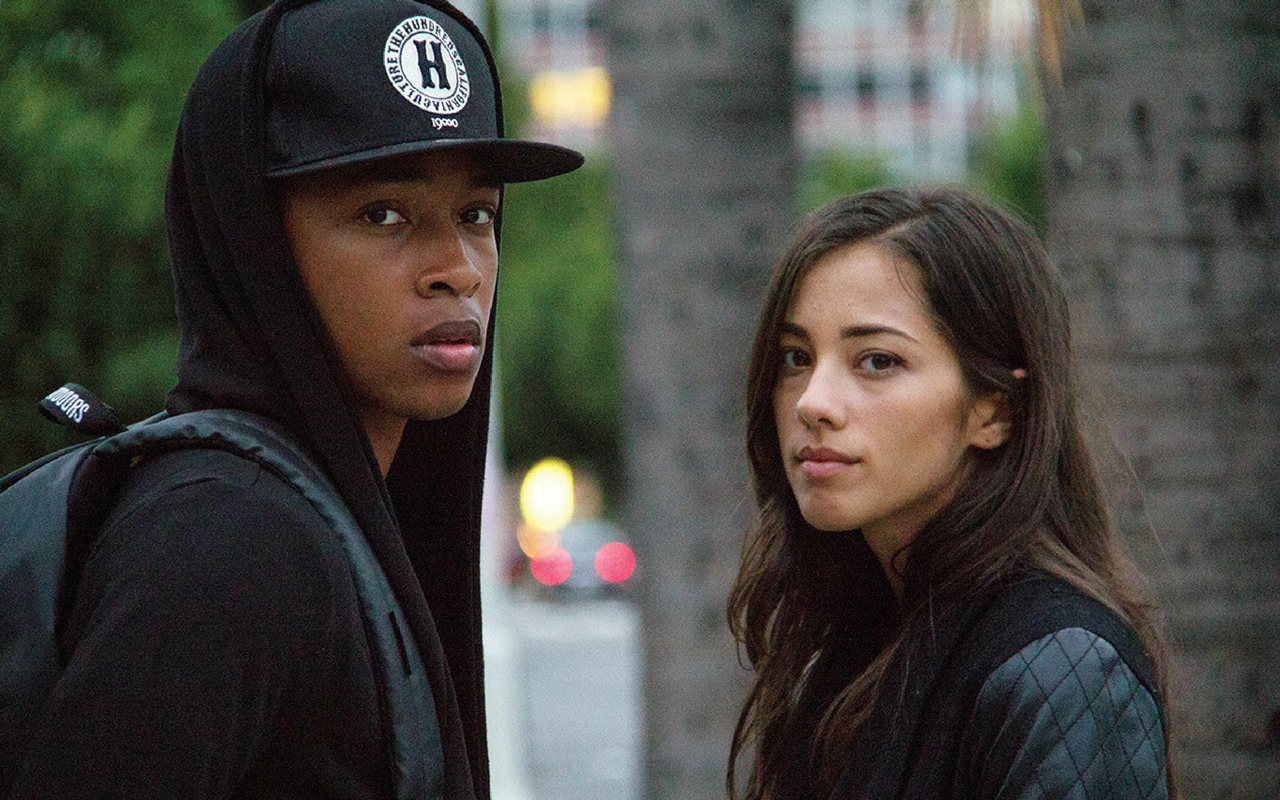 Endings are one of the most important aspects of cinema. Sometimes, they make or break a deal. There are good endings that sum things up neatly; they have emancipatory potential in their complete articulation of the emotive aspect of the drama. There are mind-boggling endings that don’t try to comprehend the inexplicability of life and reality at large. And then some endings want to keep you hooked for a sequel by leaving a few questions unanswered. Maybe you have already decided which one you’d choose for J. D. Dillard’s genre-bender ‘Sleight.’

Partly a coming-of-age romance, partly a pulpy thriller about drug mafia, and partly a superhero film, with some noir and social realism thrown into the mix, the film seeks to pack a lot into its one-and-a-half-hour journey but ultimately fails to meet the expectations of the fans due to its unmistakable loyalty to generic clichés. In essence, the film is one of those where the bad guys kidnap a family member, and the hero must do everything of his own accord to save the dear one.

But the hero happens to be gifted with special abilities, albeit aided by his physics teacher. Featuring a story with its root in realism, shot with a distinct directorial vision, and backed by a minimalist score, the film keeps it fresh and is well worth a watch. If you find the ending vexatious, let us assure you that we are in the same league. Let us get to it, shall we? SPOILERS AHEAD.

Bo Wolfe is a prodigious teen street magician with astonishing tricks up his sleeve. Recently orphaned, he lives with his little sister T and has a family friend and guardian in caring neighbor Georgi. While he makes some money from the magic gigs, most of his earnings come from selling drugs for local mafia kingpin Angelo. He meets a cute girl named Holly on one of his shows and sets himself up for a date. But his man Angelo calls him in the middle of the date, and he has to leave.

There is this new supplier called Maurice who is selling drugs in Angelo’s territory, and Angelo has to show Maurice who’s the lion of the jungle. Bo rides with Angelo and the gang to Maurice’s crib, and after trying to talk them into submission, Angelo straightens up one of the guys and offers Maurice a treaty against a hefty amount of tax. Bo catches up with Holly and brings her to meet the family, but Angelo ruins the date once again. Apparently, Maurice is not affected in the slightest by Angelo’s threats and is still running operations as before without paying his due.

Angelo, Bo, and the men kidnap Maurice. They take him to Angelo’s place, and forced by Angelo, Bo butchers Maurice’s hand. Horrified by this ordeal, Bo panics and takes the hasty decision to leave the gang. But Bo has received money from Angelo that he needs to pay back. Therefore, he takes the liberty to cut the cocaine with some baking powder to raise the 15k that he owes Angelo. Angelo finds out about the whole skulduggery and demands 45,000 dollars from Bo.

Using magic as his primary instrument, Bo manages to gather around 40k, but the greedy mafia boss demands the full amount. As Bo and Holly decide to run away from L.A. to evade Angelo, T is kidnapped by Angelo. With the help of his teacher, Bo manages to enhance his scientifically enforced magical powers and goes to teach the thugs a lesson. After getting to know his sister’s whereabouts from a frightened Angelo, Bo and Holly pick her up and leave the city for San Diego. The story ends here, but the epilogue awaits some more probing.

Sleight Ending: What is the Trick That Bo Learns?

Well, if you are looking up an explanation of the film’s ending on the internet, we know this is the million-dollar question that brings you here. Before that, let us briefly recapitulate the ending moments. The epilogue depicts a new chapter in the lives of the protagonists. After escaping Angelo and his thugs, Bo, T, and Holly leave for San Diego, where they set up a new home together. Bo mostly earns money from showing magic and keeps his distance from the drug trade.

At night, he tells Holly that he is working on a new trick. In the final scene, Holly peeps through the door to catch Bo during practice. While we don’t see the magic trick, we see the expression on Holly’s face. She is seemingly awestruck by the magic, and as her face lights up with the radiance of the room, the camera cuts to the credits. Honestly, there are no clues given in the course of the film that can indicate what the trick may be, and we are as puzzled as you are.

It seems at the outset that the director is trying to deliver the promise of a sequel or just an eccentric piece of gimmick to keep the audience hooked. And what is more upsetting is that maybe there is nothing more to it than that. Previously, Bo is seen to be working with a piece of gadgetry, which may have a connection to the trick implied in the finale. Maybe he can convert his electromagnetic energy to power electric lights – at least enough to light up the world of Holly, who has escaped her abusive mother with the help of Bo.

For those of you who are keen on the cinematic aspect of the final shot, there is a term to denote how viewers imbue the faces of the actors on-screen with their own emotions. It is called the Kuleshov effect, after the name of the director that discovered it. Maybe the trick itself does not matter more than the expression on Holly’s face, which itself plays a trick with the psychology of the viewer.

How Does Bo Get His Powers?

Bo gets his magical powers through a tech device connected to his arm. While in the beginning, we get the impression that Bo possesses some superhuman quality, this view is shattered when we see Bo tending to the septic wound around what seems to be a technological device grafted in his arm. The device is a power source that makes Bo do wonders with his hand – something like Tony Stark’s Arc Reactor in the ‘Iron Man’ franchise, only with much less impact. Towards the end, however, following the teacher’s suggestion, Bo is able to amplify the power of the device. 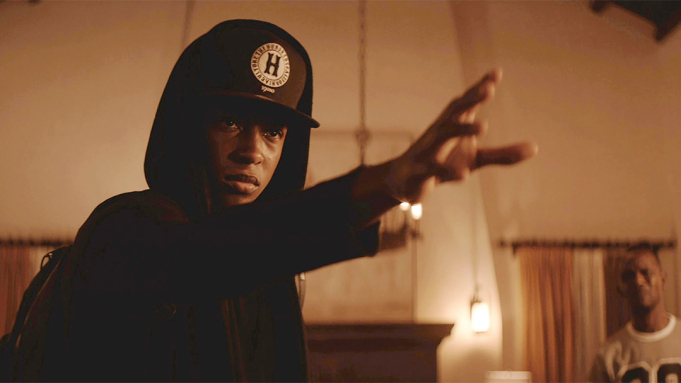 The teacher asks him to use a feedback oscillator and a bigger battery to generate more power. Now, the physics geeks will tell you that a feedback oscillator creates a sort of sub-loop within a larger electric circuit, feeding the output back into the loop. What they won’t tell you, however, is that the electromagnetic field is apparently strong enough to stop bullets in mid-air. With the help of the teacher’s suggestion, Bo can create more energy, but that is potentially harmful to Bo. Therefore, when Bo rushes to the car after confronting Angelo, the audience can notice his swelled up and injured hand.

Is Angelo Dead? Is T Safe?

The ending is decidedly comic in its treatment of the characters. In the finality of events, Angelo discloses T’s location after some torture. Holly and Bo rescue T from Angelo’s aunt, and they leave the city behind to start afresh. As far as thrillers like these go, the endings are often bloody, but this film is different. Heroes are righteous and not irrationally vengeful like the villains. 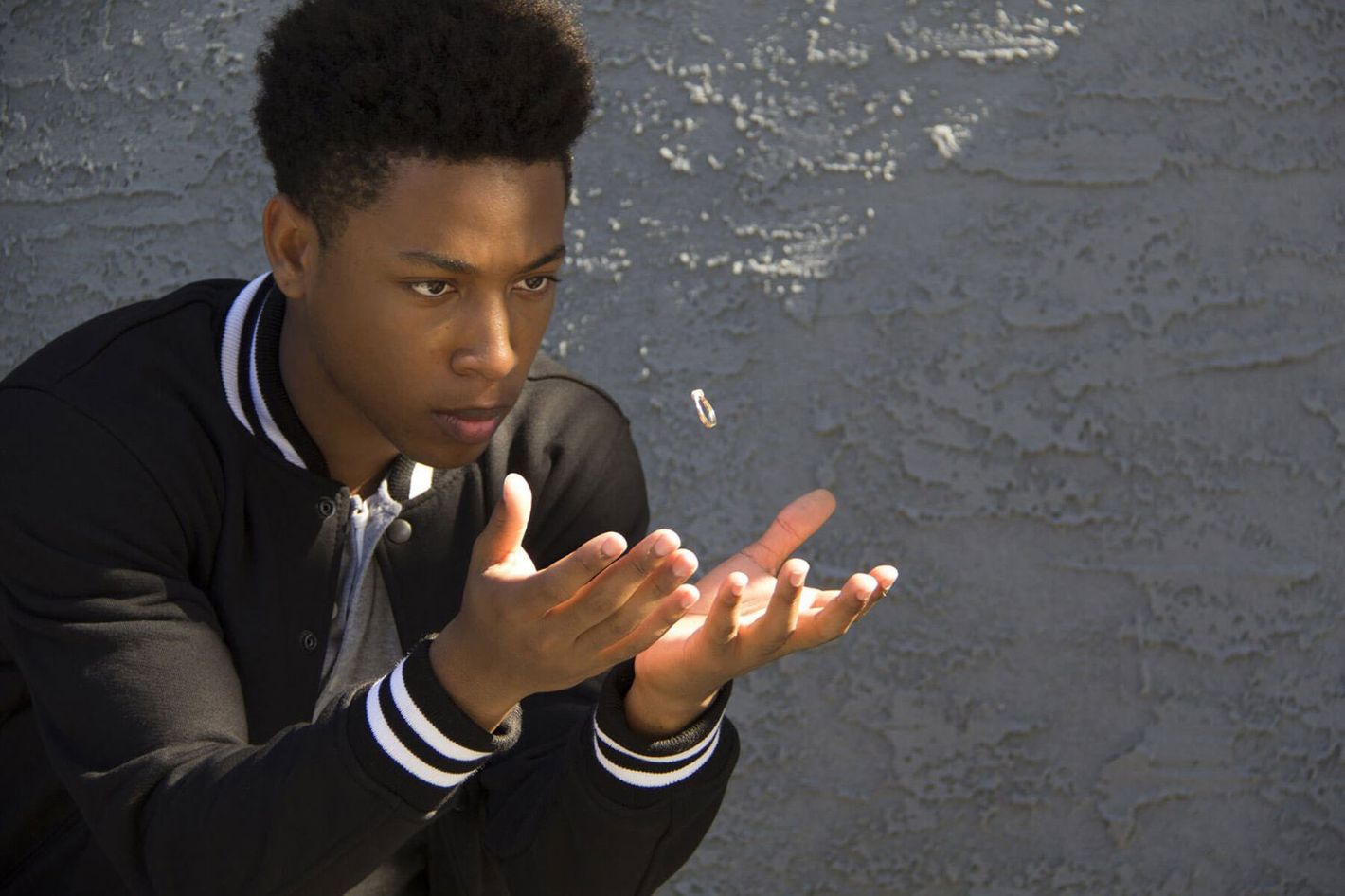 While Bo admits his wrongdoings, he does not appreciate Angelo kidnapping his sister and asking thrice about the money that Bo owes Angelo. In the end, Bo pays the 15k that Angelo deserves and takes his leave from the gang and the city. As the pair of lovers rescue T, we are to assume that she is safe, although we can’t help but notice her conspicuous absence in the concluding moments.

Read More: Where Was Sleight Filmed?