sMothered’s Kathy and Cristina: Everything We Know 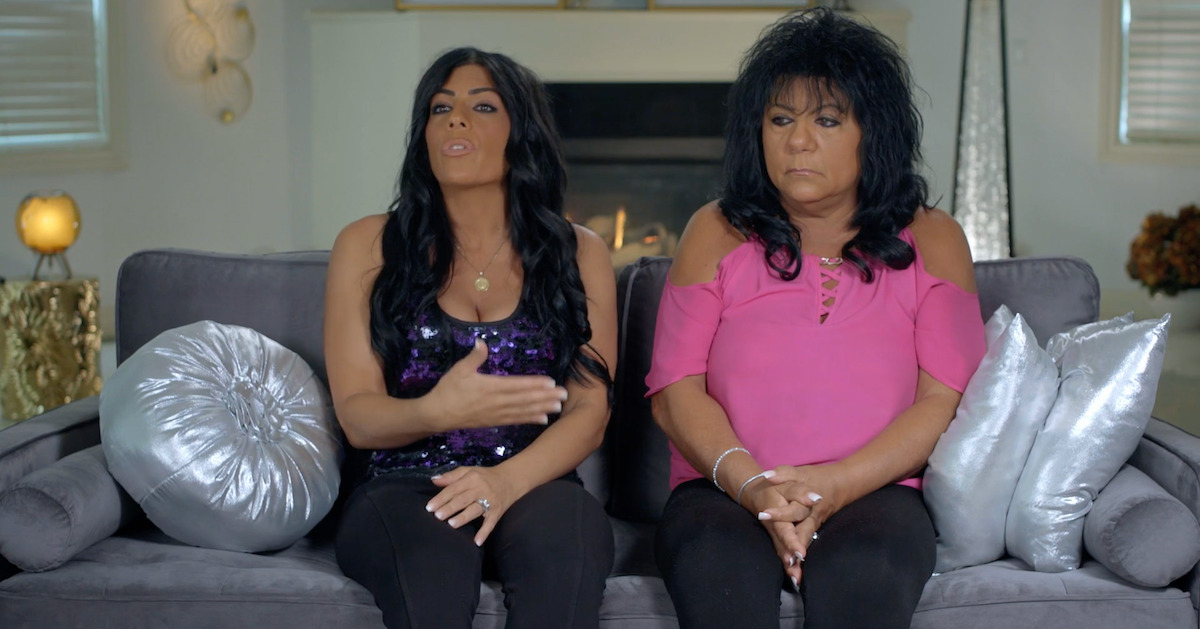 We all know that a mother-daughter bond is one of the most special bonds in the world, but there are times when that relationship can turn into something extremely obsessive. TLC’s ‘sMothered‘ is a reality TV series that highlights exactly such mother-daughter duos and gives you a glimpse into their day-to-day lives as they provide a new meaning to motherly affection. Moreover, the pairs getting uncomfortably close and intrusive in each other’s lives tends to make for a dramatic and interesting watch.

Out of all the mother-daughter pairs, the “Mamma Mia” duo of Kathy Crispino and Cristina Bertolli has been one of the main focuses of the show due to their presence in all four seasons. The Chicago residents live on the same street, just five houses apart. This allows them to stay together almost the entire time as they eat their meals together, go on shopping trips, and chill by Kathy’s pool. Thus, it is natural for fans to be curious to learn more about these individuals, and here is everything we know about her and Cristina.

Everything We Know About Kathy Crispino

Ethnically from Italy, Kathy Crispino has been living with her daughter, Cristina Bertolli, in Chicago, quite comfortably so, for several years. Surprisingly enough, she has two other children- daughter Carly and son Paul, who graduated from the police academy in 2015; nevertheless, it is evident that Cristina is her favorite out of the three.

As for Kathy’s marital status, her husband Joe passed away at the age of 76 in September 2019. While her relationship with Cristina has always been special, it is possible that the tragedy brought them even closer to each other. For some of you who find Kathy familiar, it is probably because she made an appearance on ‘The Oprah Winfrey’ along with Joe in 1990 and 1993. When her husband was still alive, she was a stay-at-home mom while he ran a family business.

However, nowadays, much can’t be said about Kathy’s occupation as she doesn’t share much about her professional life. Although judging by her lifestyle and wardrobe, it would be fair to say that she and her family are well-off economically. Surprisingly, the Chicago native also has a life outside of her attachment to Cristina; she makes enough time for her friends and other relatives as she celebrates all the special occasions, including birthdays and festivals, with them.

In a June 2019 interview with the Chicago Tribune, Kathy opened up about her views on the relationship she shares with her daughter. She said, “We’re just very close, and I don’t get why people think it’s weird for mothers to be so close with their daughters. I would hope people would get from (the show) that it’s not crazy. It’s maybe how it should be.”

Everything We Know About Cristina Bertolli

Cristina Bertolli was born and raised in Norridge, Illinois, where she spent most of her childhood and attended St. Vincent Elementary School and Trinity High School. Reluctant to go away from home, she completed her graduation in 2007 from a nearby college — Dominican University in River Forest, Illinois. Cristina is primarily a stay-at-home mom but works as a part-time dance instructor at Turning Point in Elmwood Park.

Cristina has been married to Carlo Bertolli for over a decade, and they have three beautiful children —Cross, Ciamarie, and Caramia. In February 2021, they both opened Chicago’s Pizzaboy Pizzeria, and ever since then, Cristina has been working there full time. In a July 2021 interview with the New York Post, she admitted that the job means time away from her mother and her kids, but Kathy also joins her and works with her as much as possible. Ever since she started working, their time together has been affected significantly.

Apart from her mother and her job, Cristina ensures to spend time with her kids and friends as well. She loves being with her husband and kids while going out with her friends to fancy restaurants and celebrating special occasions. Moreover, ‘sMothered’ has not only been a fun experience for Cristina but has made her a local celebrity too. Despite the relationship between Kathy and her seeming a little bit too much at times, we wish the best for them in the coming years.