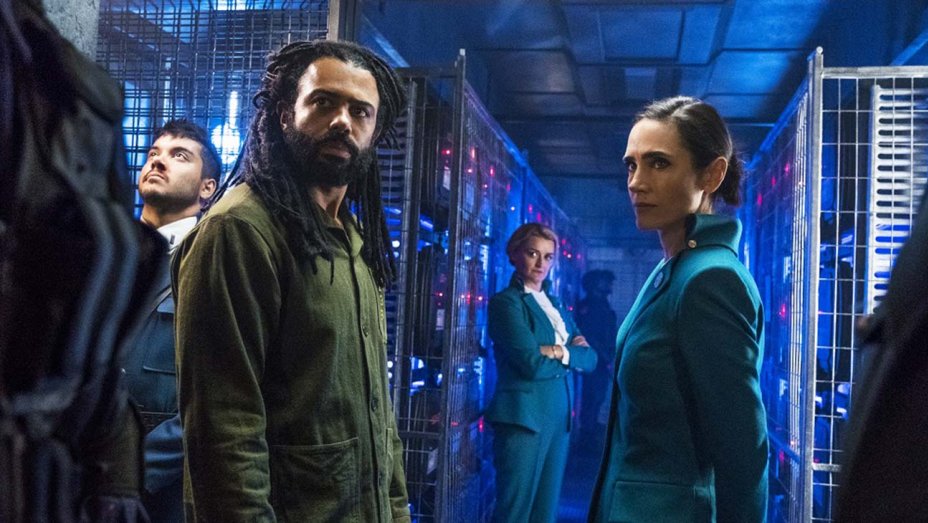 The highly anticipated follow-up for Bong Joon-ho’s satirical thriller ‘Snowpiercer‘ is finally here. Set in the year 2021, the show walks us through the hefty class disputes that ensue inside the perpetually moving titular train all over again. If you’ve already seen the original film, you’ll very well know that despite the limitations of its setup, the film perfectly executes its intense action scenes and sci-fi melodrama. Similar to the movie, the shooting of series required a whole lot of planning to create the intended dystopian atmosphere. Moreover, even its filming location was deduced well in advance based on the amount of space and facilities that would be required for its shooting. That being said, to know more details about the filming locations of the series, read on further.

Where Was Snowpiercer Filmed?

The filming of the first season of ‘Snowpiercer’ commenced on August 20, 2018, and was later wrapped on January 24, 2019. Like the original movie, since the whole setup of the show is confined to a train, its first season was predominantly filmed in Martini Studios located in Langley, British Columbia.

Produced by Tomorrow Studios, CJ Entertainment, and Studio T, ‘Snowpiercer’ season 1 was filmed entirely on the soundstages built in Martini Studios, Langley. Earlier in 2017, the Langley-based Studio opened 250,000 square feet of combined studio facilities at a former window manufacturing site. This allowed the studio to build eight stages in the location and carry out the filming of three TV series and movies at the same time. Along with ‘Snowpiercer’, Martini Studios has also handled the filming of other renowned Netflix shows such as ‘Chilling Adventures of Sabrina‘ and ‘Another Life.’

Since the entire series was shot inside a studio, the art department of the series played a crucial role in making the interiors of the train more believable. But apart from that, almost everything, including the exteriors visuals of the train and even the bloodshed during the action scenes were a combination of practical and CG elements. Even the scene where the show portrays the aquarium car of the train is entirely a CGI set extension.

Soon after the filming of the first season was initiated, director of the first episode, Scott Derrickson posted a picture from the sets, just to make the news official. Check out the image below:

Soon after this, several pictures posted by the cast and crew of the series surfaced on social media platforms. Here’s one posted by Lena Hall, who plays the role of Miss Audrey in the series:

Aaron Glenane, who is “The Last Australian” on the train, also posted a picture from the sets and even geo-tagged it as Martini Film Studios. Check it out below:

Here’s another one posted by child star, Jaylin Fletcher:

The filming of the second season of ‘Snowpiercer’ was also initiated in October 2019 in Langley, British Columbia, but was later called off for a hiatus in March 2020 because of the ongoing Covid-19 pandemic.