Sophie Stonehouse From Too Hot to Handle: Everything We Know 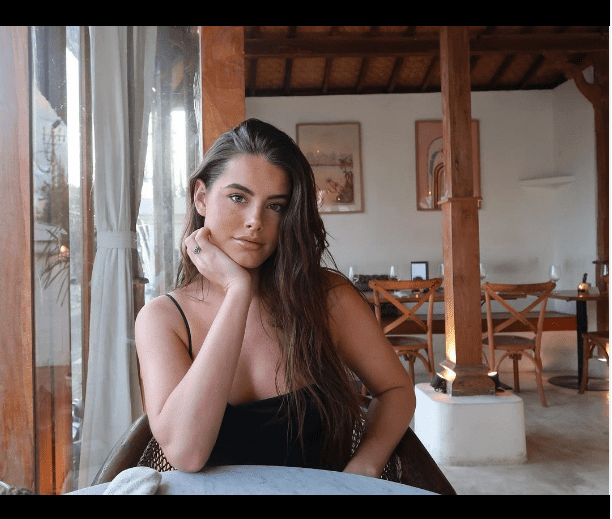 Netflix’s dating reality series ‘Too Hot to Handle’ was created by Charlie Bennett and Laura Gibson with the goal of fostering real connections between the contestants. Lana, the show’s virtual host, encourages the group of young men and women to fall in love without sexual intimacy. They get a sizable cash prize at the beginning of each season, which is reduced by money for each infraction. Season 4 got even wilder, with the cast members not having a clue about what they signed up for. Under the guise of a fake dating show ‘Wild Love,’ Netflix surprised the stars.

With $200,000 at stake, the cast members strive to be able to keep their hands to themselves and not give in to lust. The show’s creators handpicked intriguing personalities to star in ‘Too Hot to Handle.’ Audiences are naturally always curious to know more about the show’s participants. Season 4 of the show featured several gorgeous contestants, including Sophie Stonehouse. The reality TV actress charmed the audience and numerous contestants with her stunning looks and natural charisma. Let’s go through everything yu need to know about her!

The gorgeous Sophie Stonehouse hails from Brighton in the heart of East Sussex in southeastern England. The 22-year-old appears to be a perfectionist who wants nothing less than what she can call perfect. Despite the charming and diva personality of this hot English reality TV star, Sophie is rather a private person concerning her personal life and has kept the details about her early life, family, and education brushed under the carpet. However, from what we can tell, Sophie’s mother, Michelle Stonehouse, is a proud mother of two beautiful kids; Sophie has a brother named Aiden, who is a model.

Our gorgeous reality TV star loves traveling and frequently shares images and stories about thrilling expeditions with her friends. She has been to London, Cornwall, the United States of America, Thailand, Bali, Spain, and several other locations to explore her wild, adventurous side. When it comes to friends, Sophie does not shy away from showing off her equally beautiful friends on her social media handles.

Sophie Stonehouse is an Event Manager and has been working with Global Fund for Children since 2018. She is also a Digital Creator and is linked with the talent management company All-Star Entertainment. When the young event manager is not busy partying, managing events, or having a good time with her friends, she enjoys traveling and working for the community.

Is Sophie Stonehouse Dating Anyone?

Sophie Stonehouse does not settle for anything less than perfect, and her ideal choice of a man is very hard to find. It appears that due to her intensely high standards, the reality TV star has only been in at least one long-term relationship that did not work out from her perspective. She says she prefers casual relationships and enjoys the independence of being single. However, she became pretty close to Creed McKinnon on the show, and they showed clear and genuine signs of being interested in each other, which also led to them breaking the rule of kissing.

Despite having their fair share of ups and downs, they appeared to have overcome the challenging aspects of their connection. However, post the wrap-up of filming, neither Sophie nor Creed made any formal statements about their relationship. They both follow one another on Instagram and often leave favorable comments on each other’s posts.  It must be noted that Creed visited Sophie’s homeland, England, in November 2022. Thus, although fans can hope to see more from the two in the future, as of writing, we think Sophie and Creed are at least good friends. She is likely single and focusing on her career.

Read More: James Pendergrass From Too Hot to Handle: Everything We Know