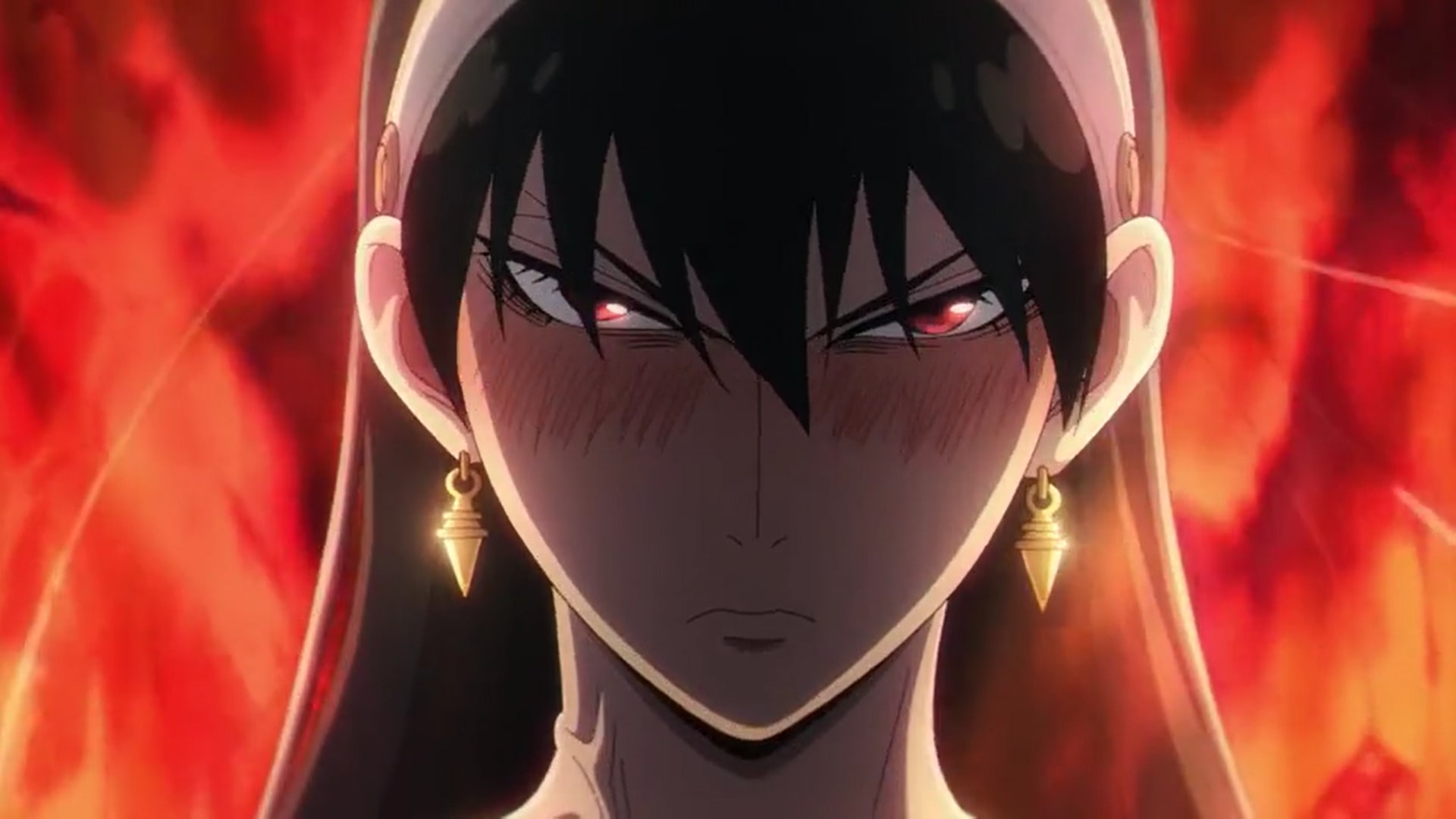 In the fifth episode of ‘Spy x Family‘ titled ‘Will They Pass or Fail,’ the results of the student-parent interview at the Eden Academy are finally announced. Loid decides to fulfill her adopted daughter’s wish of recreating an episode of her favorite spy show. Here’s everything you need to know about the ending of ‘Spy x Family’ episode 5. SPOILERS AHEAD!

As the Forgers head towards the Eden Academy to check the results of the student-parent interview, they are made nervous by superstitious events that occur on the way. However, the secret spy tries to keep his calm even though he is also quite worried. When they look for Anya’s name on the list of selected students, they are disappointed to learn that she didn’t make it. Anya knows the importance of the result as it could very well dictate her future with her adoptive parents, so she feels the most dispirited among the three of them. 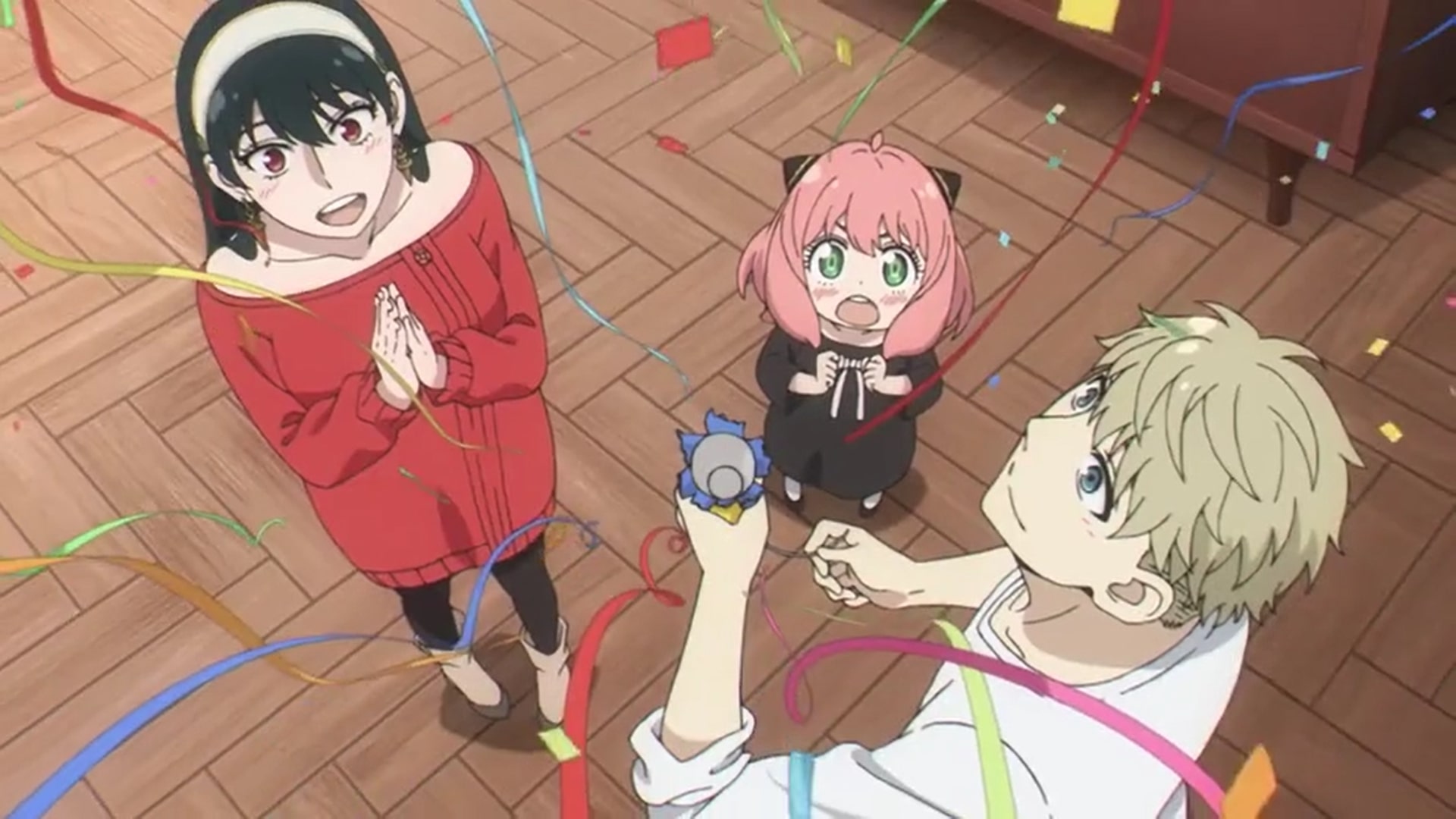 However, just when the Forgers are going back to their home, they are stopped by housemaster Henry Henderson who informs them that Anya is the top student on the waiting list. So, she could eventually make it to the Eden Academy, provided one of the selected students decided not to take admission. For the following few days, the family waits anxiously for the deceleration of the final list. When Loid gets a call, he starts celebrating immediately after telling his pretend family that Anya has made it to the final list.

Soon, they are joined by Franky, who comes prepared for a party. The Forgers and their guest then have lunch together. Later, Anya comes up with an idea while watching her favorite spy show’s latest episode. She tells Loid that she wants to reenact the same episode where it was originally shot. Franky claims that the castle is available for rent, and they can use it to fulfill Anya’s wish. Loid contacts his peers, and they make all the arrangements. Later that night, the Forgers, along with Franky, board a seaplane to get to the castle.

Unfortunately, Anya feels that the experience of the show’s reenactment is incomplete without the presence of the enemies and the servents. Loid does not waste any time and contacts his peers again to make the right arrangements. While his request sounds absurd, Loid’s peers contact all the undercover agents in the nearby region to assemble immediately at the castle. 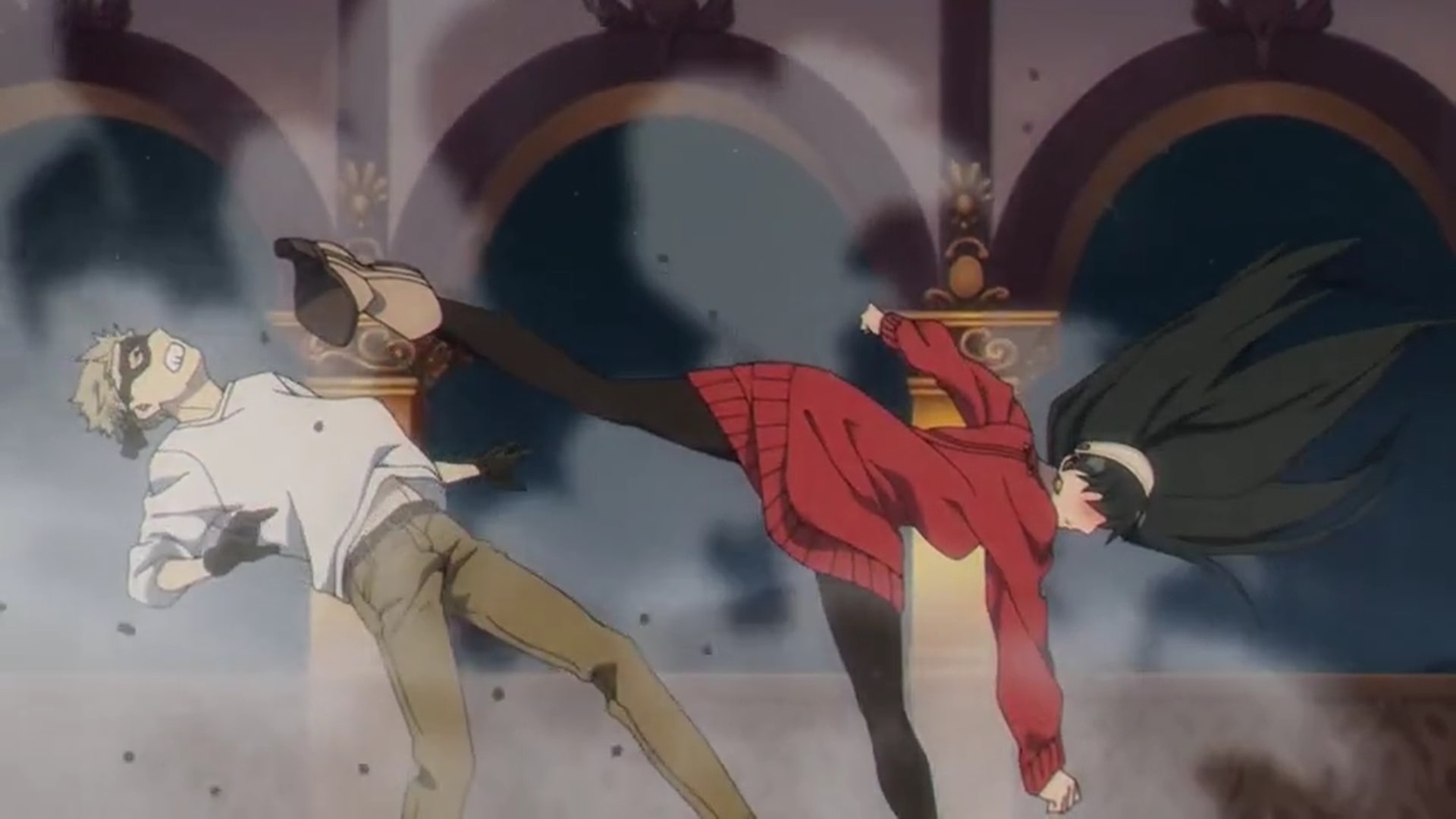 All of them are told at the time that it is going to be an essential part of Operation Strix. Most of these agents are huge fans of Loid and are excited to work with him. They arrive soon afterward in the castle, where Franky briefs them about their role in the entire reenactment. The action begins moments later as Anya is kidnapped by Franky, who is acting as the villain. Loid begins his chase but finds the secret agents pretending as the villains’ accomplices on his path.

While he does well to find his way to their master, he faces his last challenge in the face of Yor. As she has been drunk since they all had lunch, Loid is very careful not to hurt her at first, but her superior fighting skills soon overwhelm him. Luckily, she passes out while fighting, and the undercover spy, manages to rescue Anya, who is elated to have experienced the complete reenactment of her favorite episode. 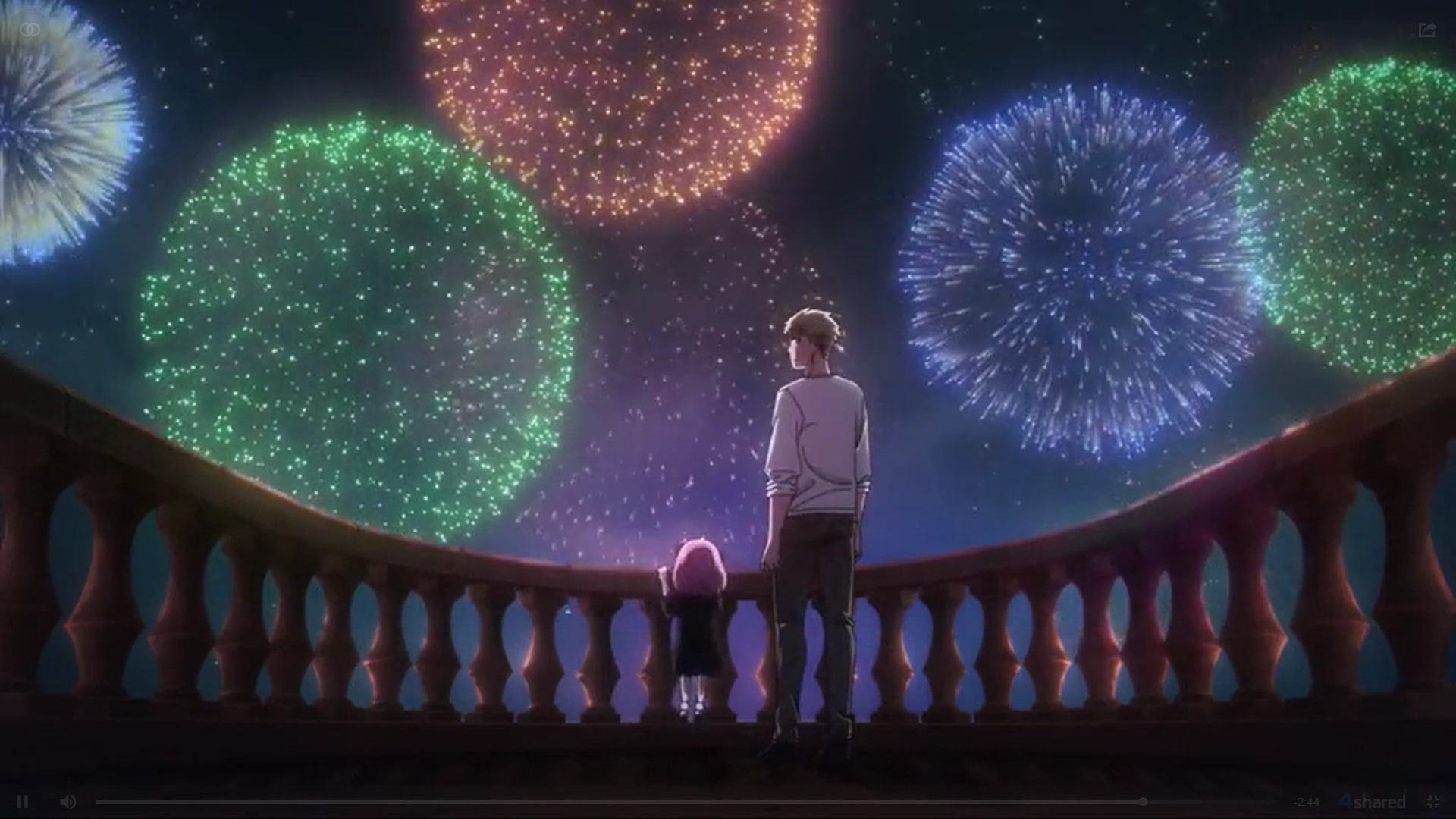 Once the reenactment at the castle is finally over, fireworks captivate Anya’s full attention, and she is overjoyed by the whole experience. Meanwhile, Loid is also overcome with emotions momentarily and wonders what all of this means. Although he does not mentally elaborate further, it is quite evident that he has begun to notice the emotional bond that he has formed with Anya in the last few weeks. The same is true for Yor as well.

The pretend couple has worked alone all of their lives, and they have most likely never felt emotional while working on any of their assignments, so it’s understandable that they will be puzzled when that happens now. However, this is not the first instance where they have reacted in such a manner. During the student-parent interview, when Anya was asked tough questions about her biological mother, Yor immediately pleaded with the interviewer to stop.

She was soon joined by Loid, who also requested that he asks something else, and when the interviewer refused to listen to them, he almost punched him. His actions potentially put Operation Strix in jeopardy, so an irresponsible decision from a consummate professional like him was rather strange. 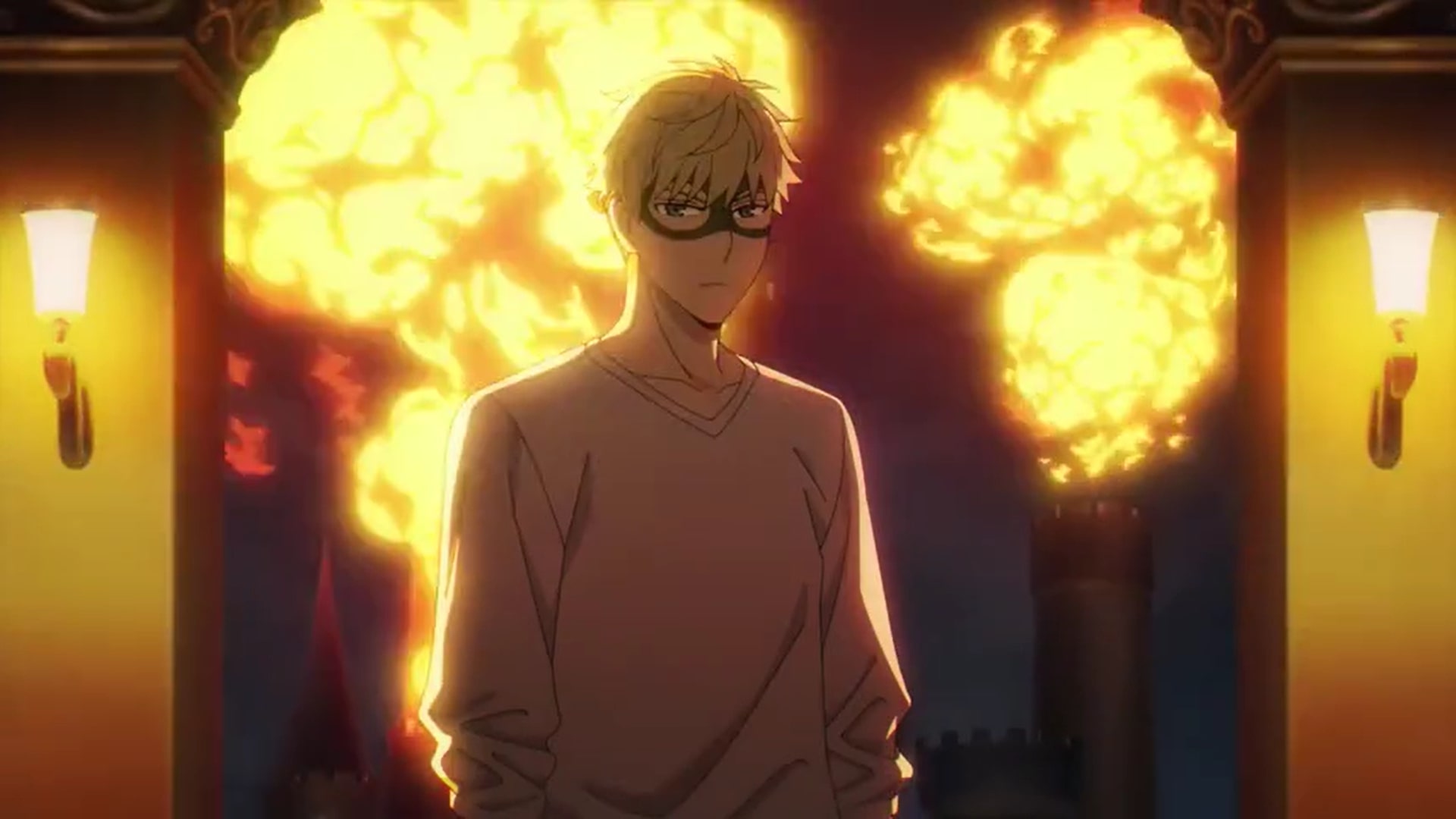 But all of that makes sense in the light that he has developed an emotional bond with Anya, just like Yor. It will be interesting to see how things unravel in the future since the unlikely couple has never allowed emotions to dictate their actions while working. But now that they have someone they deeply care about, how will that influence their future missions? Well, only time will tell.