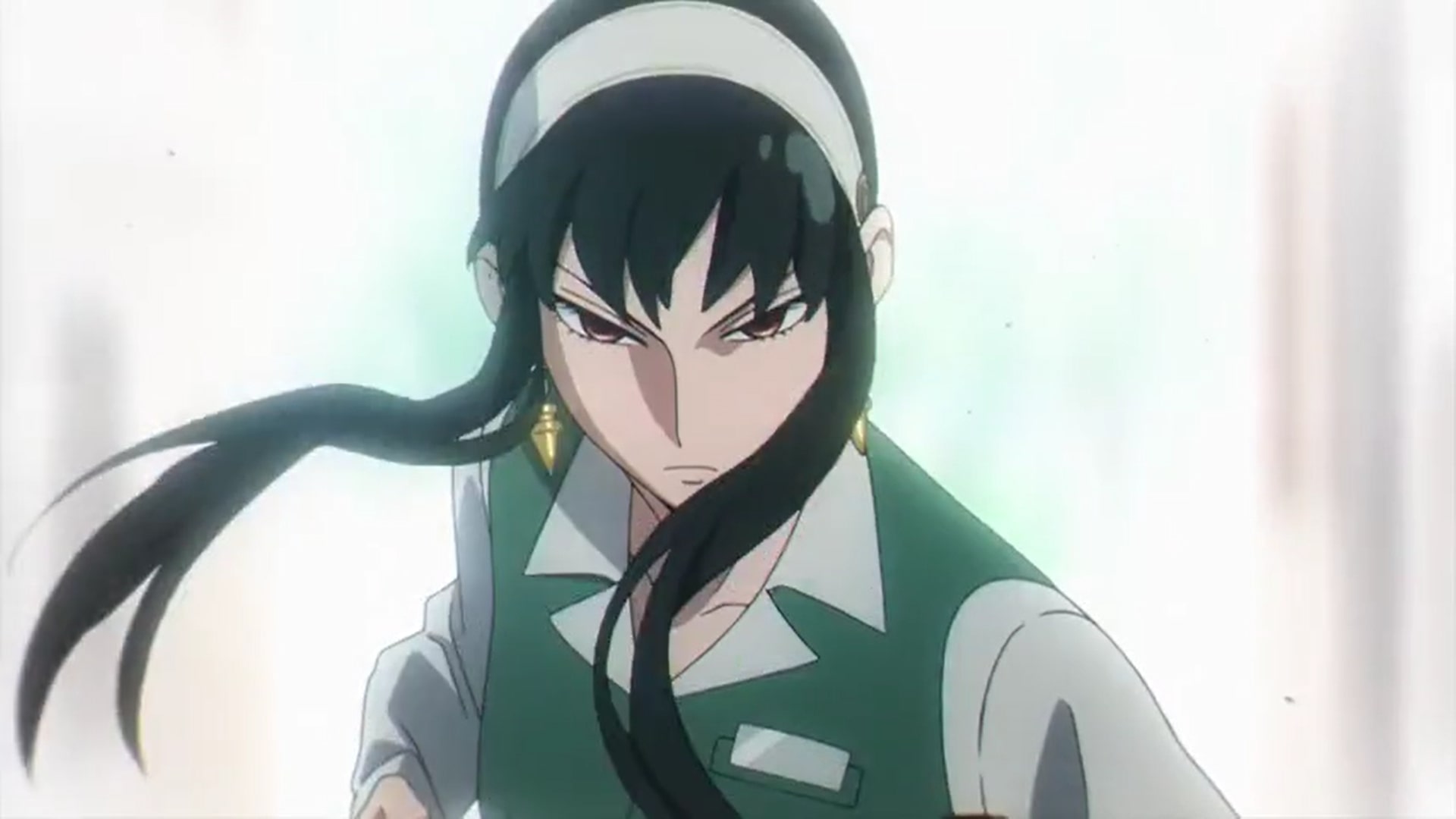 In the ninth episode of ‘Spy x Family‘ titled ‘Show Off How in Love You Are,’ Loid and Yor are about to kiss each other to show Yuri that they are truly in love when things take a surprising turn. Since Yor’s brother is working for the secret police, Loid begins to doubt that his pretend wife may have approached him to help the Ostanian government. Here’s everything you need to know about the ending of ‘Spy x Family’ episode 9. SPOILERS AHEAD!

After Yuri becomes suspicious of Yor and Loid’s relationship, he asks them to prove that they have been married for almost a year by kissing each other. Although the secret assassin is naturally surprised and embarrassed, she decides to take the challenge head-on by getting intoxicated. The pretend couple then come closer to finally share a kiss when Yuri becomes uncomfortable and decides to stop them.

Just inches away from kissing Loid, Yor can’t hold herself together and, in her drunken state, is about to slap him. But Yuri, who is already running towards them, ends up accidentally receiving the blow. He hits the nearby wall and starts bleeding from his head. Yuri feels that his sister hit him because he tried to interfere when she was about to kiss Loid. So, in his mind, he feels that there is no doubt left that the couple has been together for a long time and Yor truly loves Loid.

Meanwhile, Loid is shocked by how things have unfolded but tries to calm things down. When Yor goes to check on Yuri, he hugs both of them and assures his wife’s brother that he will always look after her and that he no longer has to worry about her well-being. Although the secret spy has done a tremendous job as a brother-in-law, Yuri is still reluctant to accept him. Before he leaves, he is even about to threaten him to get him executed but stops himself mid-sentence.

Loid, who has observed everything calmly, grows suspicious of Yor as Yuri works for the secret police. Although it appears that she is clueless about his job, he feels that he can’t really rule out the possibility that she approached him to help the Ostanian government catch him eventually. Therefore, the following day, Loid decides to plant a secret microphone in the collar of Yor’s shirt so that he can spy on her. Meanwhile, the pretend wife is embarrassed about the way Loid’s first meeting with Yuri unfolded.

At her office, Yor consults her colleagues about how she can be a better wife to Loid while her husband is actively listening to the conversation from the other end. She feels that Loid behaved well with Yuri despite his problematic behavior and has even looked after her to the best of his ability since the day they got married. While she is being tapped by her husband, Yor is concerned that she is not doing enough as a wife.

Spy x Family Episode 9 Ending: Does Loid Find Out That Yor is an Assassin?

Loid listens intently to every interaction that Yor has with her colleagues. It appears that she is just a normal woman who is worried about her marriage and family life. However, the secret spy does not rule out the possibility that she can be putting on an act to appear a perfect wife. Loid is trying to verify whether she has connections with the secret police or not. But if he keeps investigating her, then it’s highly likely that he will eventually find out that she is an assassin.

In order to check whether she has connections with the secret police or not, Loid, along with Frankie, dresses up as secret police agents. They accost Yor and begin to question her in an empty alley. Both of them make her feel that she can potentially end up getting tortured like other suspects accused of betraying their motherland. After building pressure, Loid tells her that people with connections to the secret police often receive better treatment. According to the secret spy’s analysis, Yor wouldn’t mind revealing to the members of the secret police that her brother works for them if she knows.

However, to Loid’s surprise, Yor attack Frankie when he approaches her, hoping to intimidate her even more. Yor has had enough by now, and she tells both of them that her brother and husband are law-abiding citizens just like her. and she wouldn’t allow anyone to come between their happiness. After listening intently to her, Loid, who is still disguised as an officer of the secret police, let’s her go.

Since Yor did not mention that her brother worked for the secret police, which would have easily gotten her out of such a nuisance, Loid concludes that she is innocent and does not know about her brother’s profession. Although Frankie advises him not to feel guilty or ashamed of what he had to do, the secret spy appears to regret doubting his pretend wife. Therefore, to conclude, no Loid does not find out that Yor is an assassin, which he probably could have if he had continued spying on her and had not stopped putting microphones on her clothes.