Star Trek: Lower Decks Episode 2: When and Where to Watch? 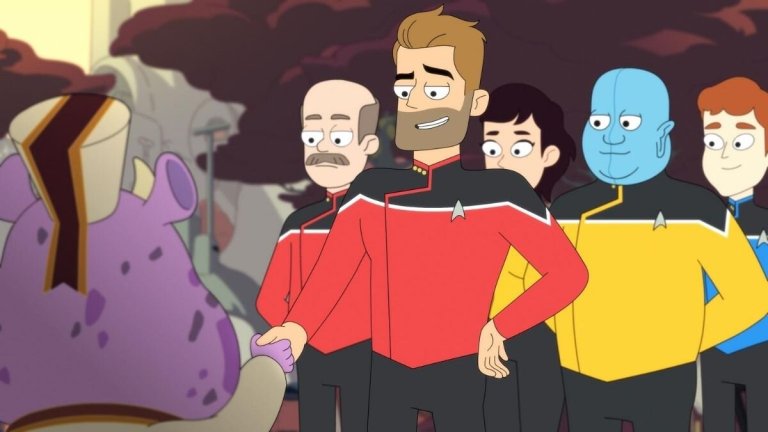 Trekkies rise! We have another expansion of the ‘Star Trek‘ universe, where we now focus on a grounded narrative. How grounded? Well, ‘Star Trek: Lower Decks‘ follows the support crew on one of the Starfleet’s least important ships. The adult animated series continues the saga, and fans have high hopes to know more about their beloved universe. Curious to find out how the season premiere goes down? We have the recap and information on when and where to watch the upcoming episode.

The episode shows us the four junior officers or Starfleet ensigns on the USS Cerritos. There is a hint of excitement where we are told about ‘First Contact,’ a concept Trekkies must be familiar with. However, we learn that this vessel specializes in Second Contact. What is that? Well, the ship follows up when an alien world is invited into the United Federation of Planets.

Just as we get familiar with the characters, we understand they don’t run the ship. The higher authorities are going about some mission, which goes horribly wrong as some officers start turning into space zombies. The ensigns try to save the day, but can’t do much except to cause distractions and help others escape. They bend the rules a bit in this process, which earns them a stern reprimand, but ultimately benefits the cause. Meanwhile, an alien spider causes some concern, but it turns out to be a herbivore, merely looking forward to suckling on the junior officer’s arm.

The short adventure proves to be rather fruitful by the time they return to the ship. The slime on the officer’s arm, from the spider, turns out to be the cure for the space zombie virus. The junior officers manage to save the day, in what has been a great start to the series. Peppered with references from the franchise, it feels like familiar territory for all fans. We cannot wait to see what the upcoming episode has in store. In all likelihood, we will follow an episodic format with self-contained tales. Alongside that, the character arcs of the junior officers will start to formulate.