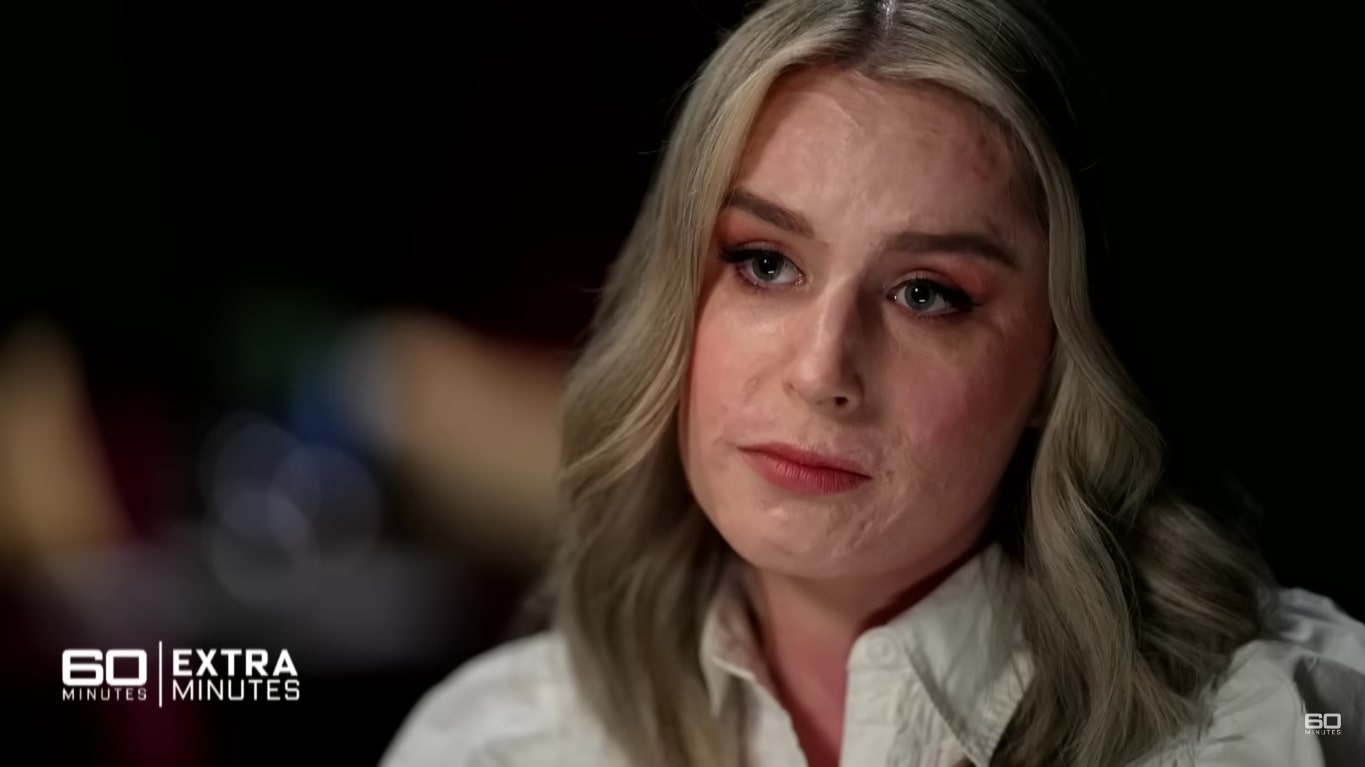 As a documentary that recounts the December 9, 2019, seismic catastrophe off New Zealand’s eastern coast, Netflix’s ‘The Volcano: Rescue From Whakaari’ can only be described as a haunting depiction of reality. After all, it charts every aspect of the way 47 unsuspecting tourists and tour guides were on Whakaari/White Island when the active volcano suddenly erupted, just for 25 to make it out alive. Amongst them was, fortunately, a young woman named Stephanie Browitt. Now, if you wish to learn more about Stephanie, her fight, recovery, and current standing, we’ve got the necessary details for you.

Who is Stephanie Browitt?

It was while Stephanie Browitt was enjoying a holiday of a lifetime onboard the Royal Caribbean International cruise ship, Ovation of the Seas, alongside her entire family, that her world turned upside down. The then-23-year-old Australian was actually excited to explore the natural site, which is why she, her father, Paul, and her 21-year-old sister, Krystal, debarked almost as soon as the vessel docked nearby. However, she could’ve never imagined her wish to get a close look at the steaming, acidic lake as well as sulphuric ash during a tour of the island would become a reality in the worst of ways.

The Browitts — save for matriarch Maria, who’d chosen to stay behind on the ship — had merely started to walk away from the crater at 2:11 pm when black smoke began billowing from its top. “Only a few seconds later, we heard the front tour guide scream, ‘Run,’ and that is when we realized [and made] the split-second decision to just bolt,” Stephanie once told ‘60 Minutes Australia.’ “…You could hear the sound of all the rocks hitting the ground and people just screaming because no one knew what to do. Everyone was just petrified. And then when it hit, it was just darkness.”

Stephanie continued, “I thought I was going to die. It was just rolling me over. The force was just that strong; my whole body was being shoved and pushed and rolled onto the ground. I was just hitting things while getting burnt at the same time… It was the most terrifying moment of my life. The ground was burning hot. And I could tell I was burnt really badly. I could see my hand, and I could see nails hanging off and skin loose.” The eruption only lasted two minutes, yet it felt like an eternity to her, and a short while later, Stephanie was airlifted to a nearby hospital by volunteer rescuers.

Where is Stephanie Browitt Now?

Stephanie Browitt reportedly suffered third-degree burns to more than 70% of her body, causing her to be in a coma for two weeks before she woke up in the burns unit of a Christchurch medical center. Her loving younger sister sadly died at the scene and recovered a few days later, whereas her father was airlifted to an Auckland hospital, where he succumbed to his injuries within a month. The young Australian was obviously heartbroken, but instead of giving up like she wanted to, she endured several graft surgeries and the partial amputation of her fingers while learning to fight for her life.

After six months of around-the-clock care, Stephanie was thus able to return home on May 22, 2020, following which she revealed her motivation was her mother and Koolie fur baby Arlo. By that point, it appears as if she’d already been transferred to The Alfred Hospital in her hometown of Melbourne to ensure her doctors remained the same for most of her initial treatments and aftercare. It’s also imperative to note Stephanie has undergone several surgeries as well as laser treatments to regain the full function of her body.

However, Stephanie’s scarring is such that she will have to continue getting them as her skin tightens over the years. One of the last pieces of her initial recovery was a compression mask over her face, which she actually bravely chose to remove in front of the ’60 Minutes’ cameras 2½ years after the incident. “I still struggle quite a lot, but I’m trying to make the most of every day because I’m very grateful for my second chance at life,” Stephanie later told the ‘Today Show‘ before conceding she was very anxious to take the mask off because she does miss her how she used to look.

She added, “But since taking all of my compression garments off, I do feel a lot more free and feel like myself again… I’m very glad that I can now express myself through my wardrobe and my make-up, and I don’t feel like it’s holding me back anymore.” As for Stephanie’s current standing, from what we can tell, she continues to reside around Melbourne, Australia, where she happily spends most of her free time alongside Arlo and her mother, Maria.

The loss of Paul and Krystal still hangs over their heads like a dark cloud, yet it seems like the remaining Browitts are trying their best to move on while keeping their memories alive in their hearts. You can actually follow Stephanie’s incredible journey of loss turned fight turned gradual healing on her active social media platforms, especially Instagram. Coming to the now 26-year-old’s profession, she’s a proud, surviving, and thriving advocate for burn victims, as well as an ambassador for organ and tissue donations at DonateLife.

On the ‘Today Show,’ Stephanie stated, “I received skin tissue donations from multiple donors and I needed that…” She continued, “There was not enough of my own good skin to use to cover those areas. There are millions of Australians who want to sign up. People support it but tell themselves they will do it later. It is quick. It takes one minute.” Plus, she’s even hoping to evolve into a motivational speaker or a public figure with a presence in the media and arts.

Read More: What Happened to Winona Langford? Was Her Body Found?