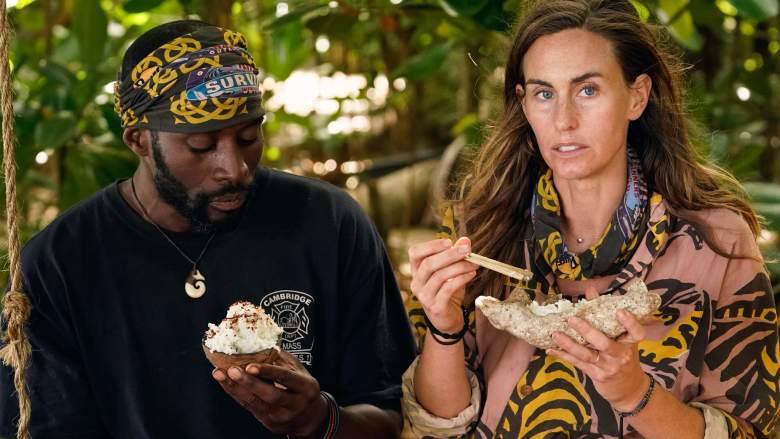 ‘Survivor‘ Season 40 has seen plenty of action and politics, during the challenges, and tribal council meetings. Since every participant is a former winner, people know what they are doing, and everybody tries to be a top dog. Undoubtedly, it results in a fair bit of drama that keeps things interesting.

The last episode sees Nick and Wendell’s alliance being broken up, with some big moves from Jeremy. It puts a target on Jeremy’s back, while Nick is on the warpath. Curious to know what takes place in the latest episode? We are here to walk you through the events while telling you when and where to watch the upcoming episode.

‘Survivor’ Season 40 Episode 9 is slated to be released on Wednesday, April 15, 2020, at 8/7c. The upcoming episode is titled “The Full Circle”. There is a tone of finality in the episode, so it should be fascinating to see how the pair, Sarah and Sophie, survive, with Jeremy on the chopping block too.

Michele starts by telling Nick that his name was on the chopping block, which puts him on the offensive. Meanwhile, Adam tells Michele that he believes there is an idol underneath the podium from where Jeff gives his speeches. On the Edge of Extinction, the players get more clues.

Natalie tries to ensure that Wendell does not get an advantage. Meanwhile, some brilliant deduction from Danni leads her and Parvati to the advantage. It is a coin giving the player a 50/50 chance at immunity. The two plan to sell it to Michele, in exchange of fire coins. The idea is to buy some peanut butter.

Back in the game, a reward challenge is set up with 11 players being divided into two teams of 10, as one sits out. The red team has Tyson, Tony, Adam, Jeremy, and Nick, while the blue team has Sarah, Kim, Ben, Sophie, and Michele. Denise is forced to sit out.

Some clever work from Sophie and Michele help the blue team win. Despite being part of the winning team, Sarah gives her ‘reward spot’ to Nick, the birthday boy. It puts a target on her back, as far as Adam is concerned. Michele trades in four of her fire tokens for the 50/50 coin. Finally, it is time for the immunity challenge. Apart from immunity, a fire token is at stake.

Kim and Ben are the last two, fighting, but the former wins the challenge. A lot of names are offered up in the tribal council, marking an end of the alliances. Ultimately, everyone turns against Adam, and he is booted from the game. On his way out, he gives the fire token to Denise. It remains to be seen how the upcoming episodes play out, with so much disharmony among the participants.