Survivor’s Elisabeth “Elie” Scott: Is She Married? Who is her Husband? 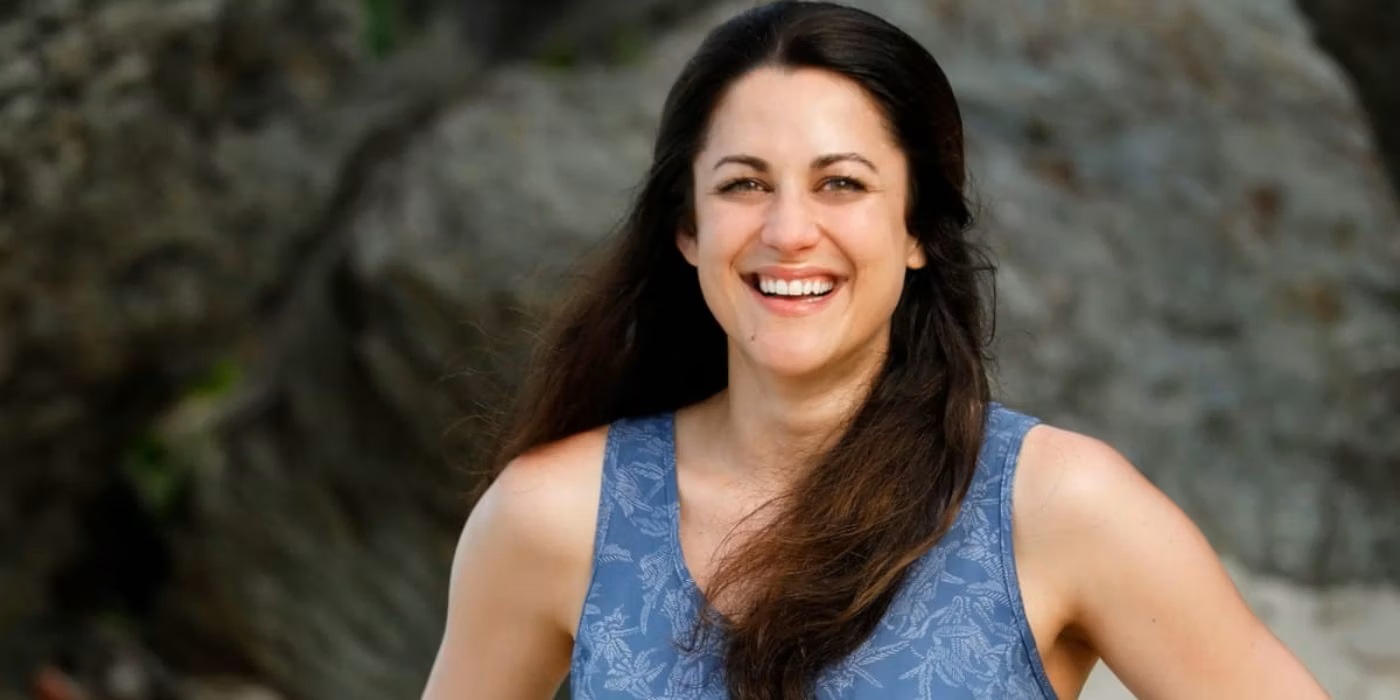 Created by Charlie Parsons, ‘Survivor’ is perhaps one of the most popular reality shows. It allows the participants to show their survival skills and become the season’s winner. To claim victory, the competitors must find food, shelter, and fire for themselves while living in an isolated location with minimal resources. At the start of every iteration, the cast members are divided into different tribes and must complete various challenges to make their path easier.

As expected, many people featured in the show have become popular thanks to their performance in the competition. Season 43 of the series introduced some entertaining cast members, including Elisabeth “Elie” Scott. Assigned initially to the Baka tribe, she proved her worth during her time on the show and was able to garner many fans. Naturally, many are curious to know more about Elie, and we come bearing answers! 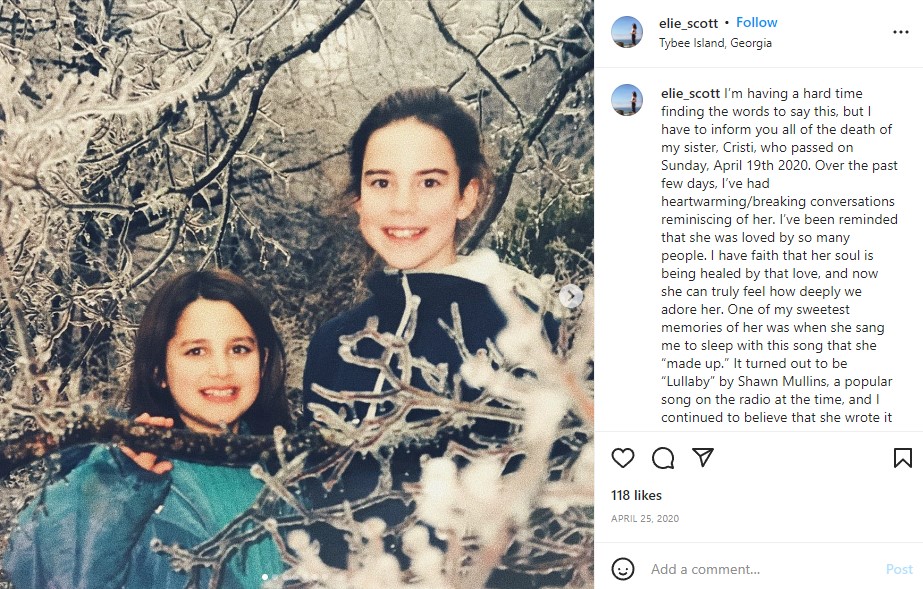 Born on April 17, 1991, Elisabeth “Elie” Scott hails from Atlanta, Georgia. She is pretty close to her parents and deeply cherishes her close bond with her extended family, which consists of various aunts, uncles, and cousins. Elie is especially fond of her nephew, Max, and cousin, Hope Walker. She also highly respects her maternal grandparents, who hail from Cuba, for overcoming multiple challenges to better the lives of their children, family, and community.

The reality TV star grew up alongside her older sister Cristi, who tragically passed away on April 19, 2020. The two sisters had a close bond, and Elie looked to her elder sibling for love and support. She states that the experience helped shape how she perceives the world and her performance during her reality TV stint. 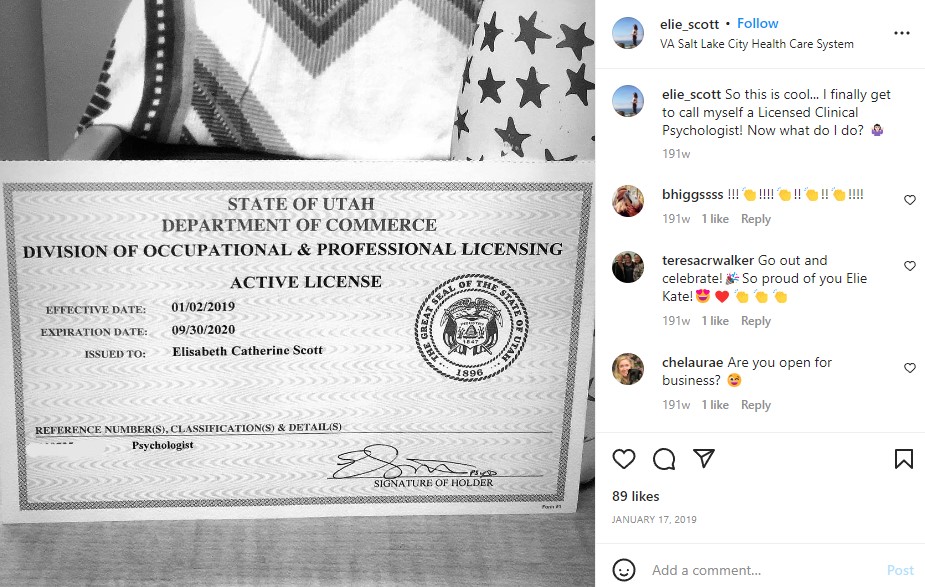 Elie is a Clinical Psychologist by profession and enjoys her work thoroughly. The reality TV star has been fascinated by the subject since high school. Due to her less-than-stellar grades in high school, she was advised against pursuing the field. Nevertheless, Elie did not give up hope and kept trying, eventually graduating college early with a 3.89 GPA. She attended Georgia Southern University and attained a GPA of 4.0 during her master’s and doctoral’s. 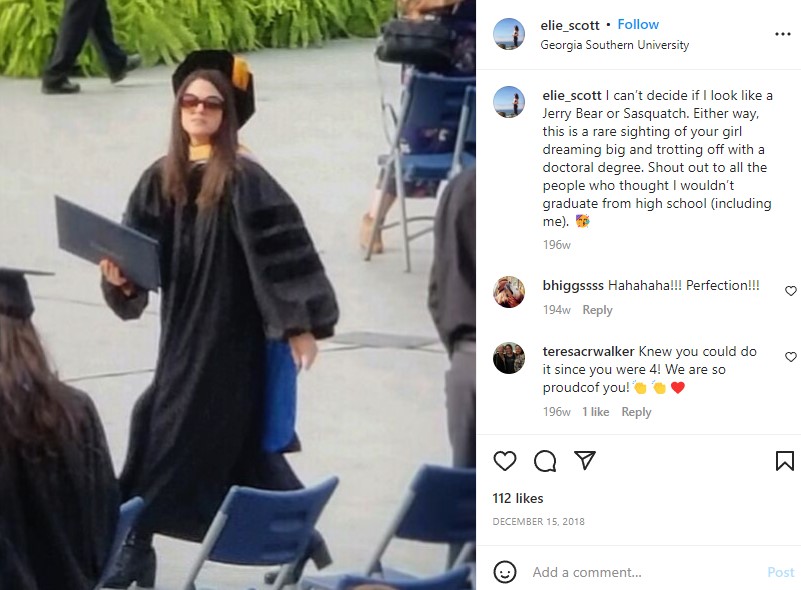 The reality TV star entered the show confident that her psychological expertise would give her an advantage. “I think that my job has actually prepared me a lot for this game. My job is really complex. I work with veterans who have Post Traumatic Stress Disorder. You never know what you’re going to get in any session,” she told Parade regarding her job. “They might all have PTSD, but it’s different for every person experiencing it. And so I have to think quickly on my feet. I have to be able to make deep bonds with people immediately in the first session you’re meeting them. You’re like, “Hi, I’m Ellie. Now, tell me about the worst day of your life. Okay, go.”

Elisabeth “Elie” Scott is married to Michael Pierce, an armed forces veteran. The two have been together since he was active in the line of duty, and the couple cherished the time they could spend together when he came home. They got engaged in October 2017, when Michael proposed to Elie after reaching the top of Lone Peak, a mountain peak near Salt Lake City, Utah. The ring he proposed with is closely linked to Elie’s maternal family, as it is the same one her mother once wore, with the diamonds in it being brought to the USA from Cuba by Elie’s Abuela (grandmother). 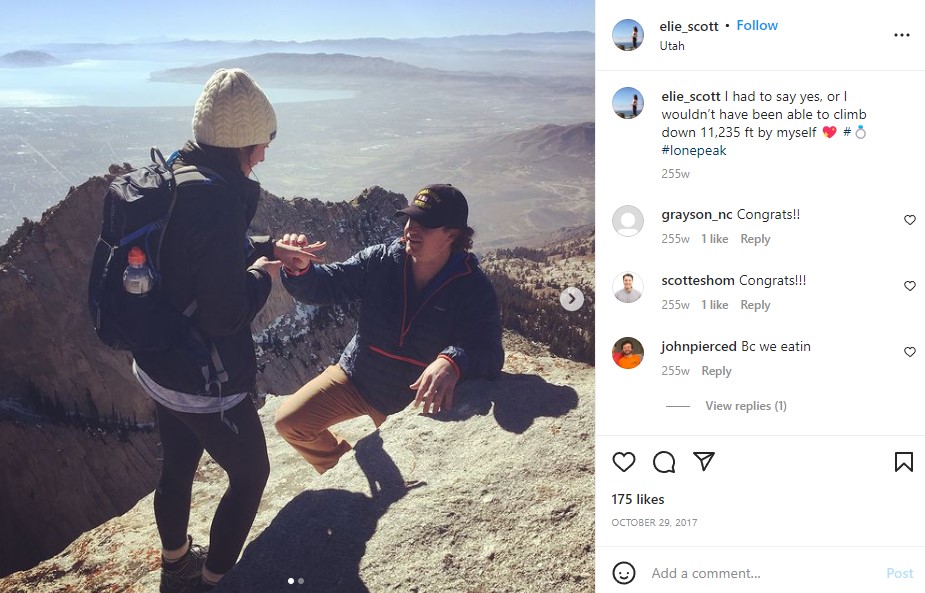 The happy couple tied the knot in October 2020 and lives happily with their dog, Catcher. Elie and Michael live in Salt Lake City and often indulge in adventurous activities. They are quite partial to hiking tall mountains and enjoy each other’s company. We wish the reality TV star and her close ones the best in their lives and hope they have a wonderful future.