Swap Shop Season 1 Cast: Where Are They Now?

We’ve all come across those buy/sell/trade local groups on Facebook over the years. But long before social media platforms even existed, a radio show dedicated to the same concept was on the air in East Tennessee. This program’s prevalence, usefulness, and the fact that it promotes a sense of likeness is the reason why it’s still thriving. It even prompted Netflix to create a reality series with the same title — ‘Swap Shop.’ So, now that season 1 of this production has premiered, let’s find out more about what its cast members are up to today!

Victoria “Tori” Clooney still owns and operates West Main Antiques in downtown Johnson City with the help of her friend, confidant, and right-hand man, Larry Thacker. However, she’s not just a businesswoman; she’s also a loving partner, a mother of two adorable boys, and an enthusiast of all things vintage.

As for Larry, apart from working at the store, he is an indie writer, artist, and educator. His most recent book, ‘Everyday, Monsters,’ will release in December 2021. Interestingly, he is an army veteran with a degree in Fiction and Poetry from West Virginia Wesleyan College.

While we couldn’t find much information about Bobby Idles’ past experiences, we know that he’s a Tennessee native, a family man, and an entrepreneur. His main priorities right now seem to be his brood and his business, The BobMart at South Main Street in Rocky Top. After all, he makes a living through his passion for keeping local history alive.

On the other hand, Jason Deel, or JD, is a retired Army Infantry Major, CEO of JD’s Realty & Auction, a broker, podcaster of ‘Knoxville Business Show,’ a marketing strategist, a public speaker, and a proud husband and father.

From what we can tell, both Dale Kyker and Scott Jones prefer to keep their personal lives well away from the spotlight. The former has a Facebook account that he sometimes uses to update people regarding what’s going on with him. But it appears as if Scott doesn’t even maintain that, despite the fact that he starred in a couple of seasons of History Channel’s ‘Counting Cars.’ Thus, all we’ve been able to discern is that Dale and Scott have loving families of their own, and they still work together at Kyker’s Extreme Automotive in beautiful Greeneville.

Jennifer AKA Jen and Douglas Seals are a married couple who own and operate an antique store named Pickers Paradise in Tazewell, Tennessee. From glassware to furniture and from religious items to morbid oddities, they specialize in everything. In short, they’ve never boxed themselves into a genre, and that’s why they are successful. Their reasonable prices and the fact that they treat customers with respect also plays a role here. Coming to their personal lives, it seems like Jen and Doug tied the knot in mid-2016, six months after they first got together. We are happy to report that they’re still going strong.

Daniel “Danny” Perez and Leo continue to be the co-owners of Versus ATL in Georgia. But while the latter seems to live in Atlanta to focus on the storefront side of things, it looks like Danny resides in Tennesee and usually travels to deal with product acquisition and other aspects.

From what we can tell, Leo and Danny are looking to open up Versus at another location, which would boost their business and help them accomplish their dream of bringing vintage apparel and the 90s back into the game. We should also mention that both Leo and Danny are happily married with children of their own.

Brothers Sammie Issac Jr. and Mark Issac are the co-owners of Sammie’s Auction House in Kentucky, a family business that has been running for more than seven decades. We couldn’t find anything on Mark in particular, yet we know that, like his brother, he probably still works alongside his family and resides in Corbin. Coming to Sammie, he graduated with a Bachelor’s degree in Radio and Television Technology from Eastern Kentucky University before joining the auction house in 2003. And now, it appears as if he has taken on the role of auctioneer. 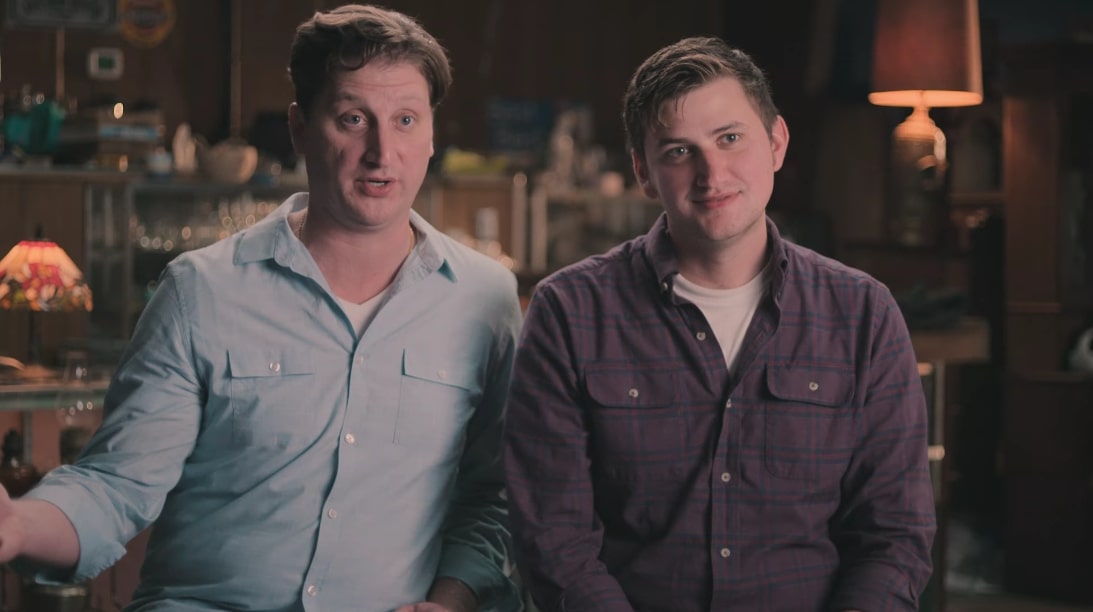 JP Mathes II and Leona, better known as Fiddling Leona, are musicians, podcasters, collectors, and entrepreneurs. After all, they not only serve as singer-songwriters who play the banjo and the fiddle, respectively, but they also talk all things music, food, and culture on ‘The JP Pod’ Podcast. In addition, they operate the John Paul USA food truck in their local Tennessee area, where they sell Tokyo street food. As if all this wasn’t enough, they buy good-quality, antique, and unique American goods and resell them for a profit in Japan, Leona’s homeland. JP is a producer, and Leona even runs a separate podcast called ‘Fiddling Leona around the world.’

While Richard Davis owns and operates Nirvana Comics in Knoxville, Garin Dickerson is his right-hand man as the store manager. They are still dedicated to the comic book shop and the nostalgia aspect of their business, but they’re also pursuing other ventures.

Richard is an author who has penned ‘Cult of Dracula,’ a horror comic series, whereas Garin hosts ‘The Printed Panel’ podcast, where he speaks up about the comic book culture in detail. They love what they do, and it doesn’t look like anything, or anyone can ever pull them away from it.