The True Story Behind ‘The Aeronauts’, Explained

If the thought of Eddie Redmayne and Felicity Jones in a Victorian hot-air balloon adventure is not enough to get you hooked, then the true story behind the dangerous expedition that changed history definitely will. ‘The Aeronauts’ is a biographical drama based on an amalgam of the flights mentioned in Richard Holmes’ book, Falling Upwards: How We Took to the Air, which follows the pioneer generation of balloon aeronauts of the nineteenth century. It particularly takes up the ambitious and precarious journey of English meteorologist and aeronaut, James Glaisher, who broke the world record of flying at the highest altitude on September 5, 1862.

‘The Aeronauts’ is directed by British director Tom Harper of ‘Wild Rose’ fame, who is also known for previously working on historical features like ‘War and Peace’ and ‘Peaky Blinders’. The movie has Eddie Redmayne and Felicity Jones reuniting as co-stars after their critically acclaimed work in ‘The Theory of Everything’. Redmayne plays James Glaisher, the determined scientist, while Jones plays the brave (but fictional) widow aeronaut, Amelia Wren. The movie also stars Himesh Patel and Tom Courtenay.

The story  of ‘The Aeronauts’ revolves around Glaisher and Wren, an unlikely duo, as they team-up to embark on an ambitious and dangerous voyage towards discovery. As they fly higher than anyone else in history before them, the flight not only breaks all records, but also becomes an epic fight for survival, with the duo encountering life-threatening challenges in their journey. Even as the movie is based on James Glaisher’s  famous record-breaking 1862 balloon flight, and his quest to establish the new science of meteorology, it does take several artistic liberties. The end result is most definitely captivating and beautiful, but not entirely accurate.

James Glaisher was many things, a meteorologist, a balloon aeronaut, an astronomer, and even a photographer. But he is also one of the reasons why weather forecasting is possible today.

But if there is one thing he was most famous for, it was definitely for being a pioneering balloon aeronaut of the nineteenth century.

James Glaisher along with his co-pilot Henry Tracey Coxwell, a professional balloonist, made a series of balloon ascents between 1862 and 1866, in order to advance the meteorological knowledge of the time. These ascents were made in order to study the temperature and humidity in the upper atmosphere. Till the 1860s, the knowledge about the upper atmosphere remained limited. Glaisher and Coxwell’s aerial expeditions were an attempt to further this knowledge in order to understand and forecast weather conditions.

In 1862, Coxwell constructed  a 93,000 cu ft. capacity balloon named the Mammoth for the expedition. The Mammoth took off from Wolverhampton on September 5, 1862, with Glaisher and Coxwell breaking the world record for the highest altitude as, they flew higher than anyone has in history till date. The flight took a dangerous turn as Glaisher lost consciousness after they had crossed around a 30,000 ft, while Coxwell lost all sensation in his hands, both because of the lack of oxygen in the air.

Coxwell, somehow managed to pull the ropes and open the parachute valve before losing consciousness, leading to a safe descent for the two of them. Glaisher had carried a pigeon with him on the flight which passed away because of the loss of oxygen. Coxwell, in this aerial expedition, ended up a hero who saved both Glaisher and himself, and led to the safe return of the Mammoth.

The Aeronauts: What Happens in the Movie 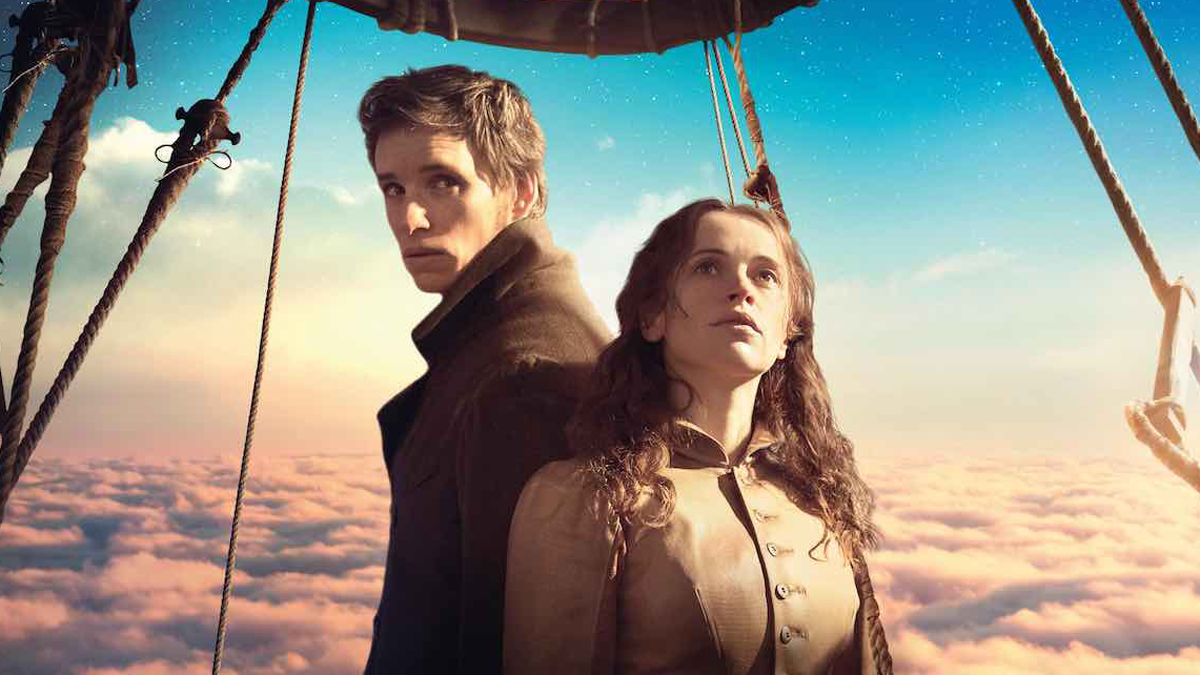 Though ‘The Aeronauts’ is based on Glaisher’s balloon ascent of September 5, 1862, in reality, the movie ends up being more of a fictional account of the Mammoth’s flight. In the film, the balloon is launched from London, but in actuality, it was launched from Wolverhampton, as it was a safer option compared to London because of its proximity to water. The movie has also been criticized for the elimination of Coxwell’s character from the film, turning him into a hero lost in history. Instead, it introduces us to the fictional character of the courageous female balloonist, Amelia Wren, who replaces Coxwell as Glaisher’s co-pilot in the movie.

In an interview, Keith Moore of the Royal Society was stated saying, “It’s a great shame that Henry Coxwell isn’t portrayed because he performed very well and saved the life of a leading scientist”.

Several other critics have praised ‘The Aeronauts’ portrayal of a strong female protagonist. In response to the criticism, director Tom Harper explained his intentions behind introducing Amelia’s character in this film, as ‘The Aeronauts’ was never meant to be a documentary. Instead, he actively chose to use a combination of the stories from Richard Holmes’ Falling Upwards. In fact, Amelia’s character, as played by Felicity Jones, was inspired by and based on two real life female balloonists on the nineteenth century – Sophie Blanchard, and Margaret Graham.

Amelia Wren’s character is a brave entertainer and balloonist, who dares to continue working as an aeronaut as a widow, even when the world discourages her. Sophie Blanchard was the first woman to work as a professional balloonist, and continued to work even after husband’s death, much like Amelia in the film. Graham was the first British woman to make a solo flight, and was also the first woman to make a night-time ascent in a balloon, both remarkable feats for the time.

At large, the story still remains true, not if one looks at the expedition taken on 1862, but if one looks at the larger narrative surrounding the history of pioneering balloonists of the nineteenth century, of both men and women who dared to take a leap and reach great heights, both literally and otherwise.

Read More: Where Was The Aeronauts Filmed?