The Afterparty Episodes 1, 2, and 3 Recap and Ending, Explained 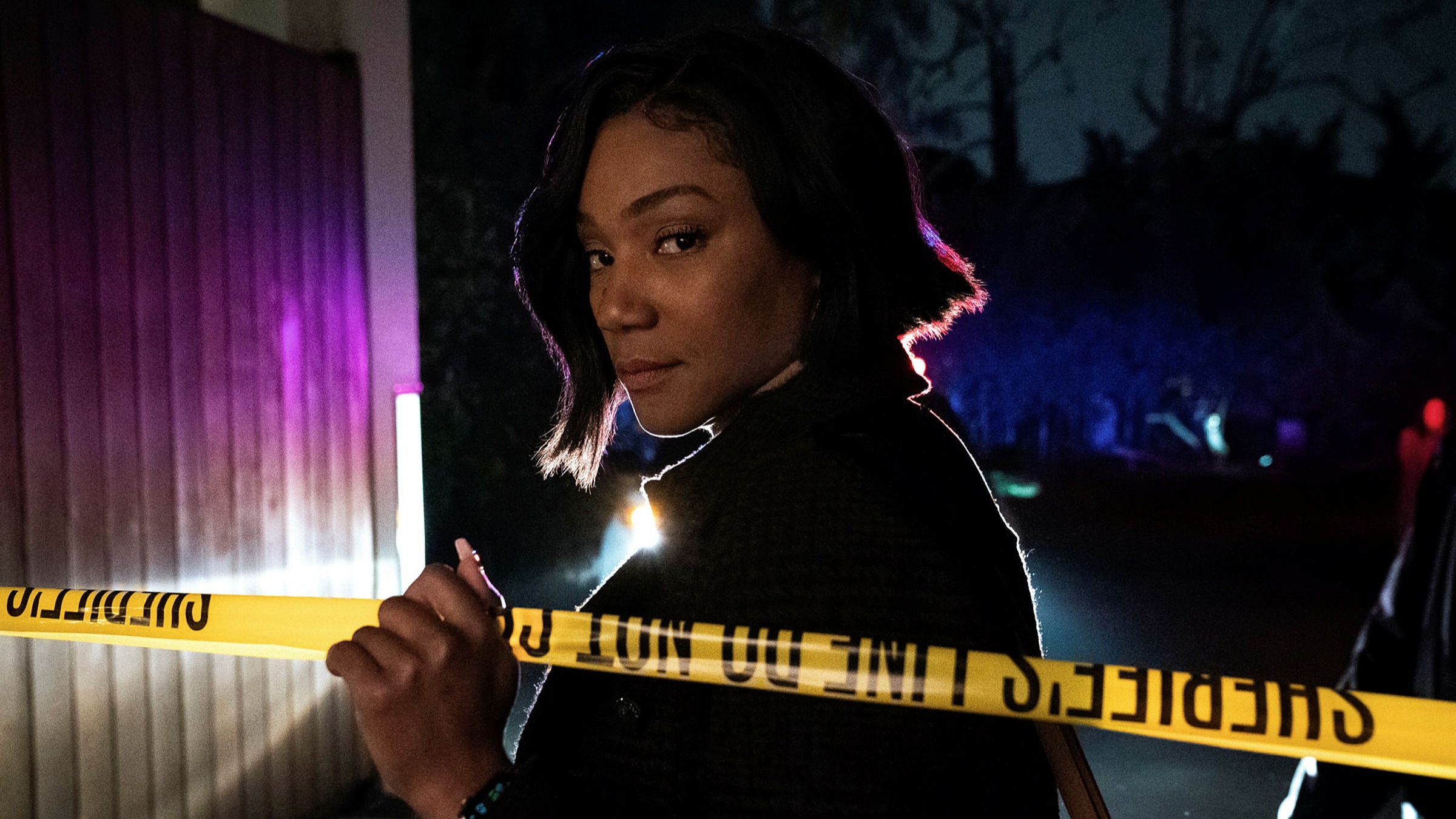 ‘The Afterparty’ takes multiple entertaining premises and combines them into one raucous affair. Things go very wrong at a high-school reunion party when its host, Xavier (Dave Franco), the former classmate who is now a massive celebrity, turns up dead. The somber occasion is turned on its head by the party’s eccentric guests and the presence of a self-serving but largely clueless Detective Danner (Tiffany Haddish).

Past grudges, present secrets, and a whole host of entertaining details come spilling out as the detective gets to work interviewing the party guests, who are all suspects in Xavier’s murder. It’s all one comedically murky mess, but this is just the start. Let’s get a handle on where things stand with ‘The Afterparty’ after episodes 1, 2, and 3. SPOILERS AHEAD.

The Afterparty Episodes 1, 2, and 3 Recap

The show opens with Detective Danner being directed to a crime scene and told to keep an eye on things until the detective in charge of the case arrives the following morning. Danner — confident, ambitious, and more than a little clueless — takes it upon herself to go against her orders and solve the case on her own. She arrives at the pop musician, actor, and all-around celebrity Xavier’s opulent house, where the guests of his high-school reunion afterparty lounge in the aftermath of the tragedy. 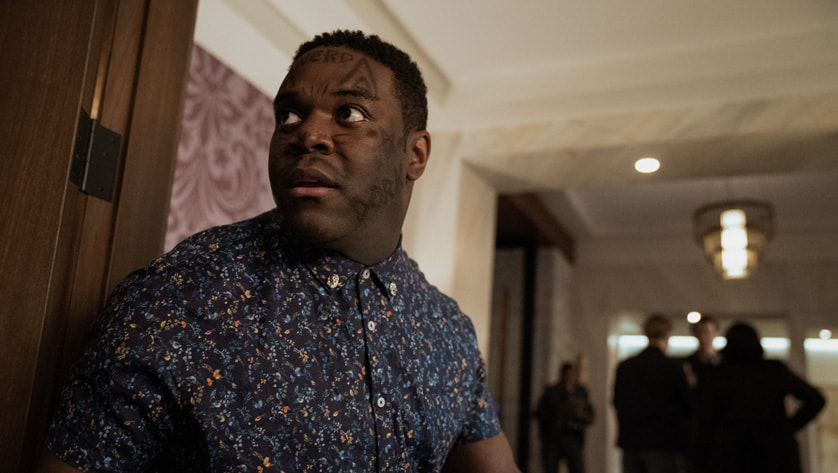 None of them seem too shattered by Xavier’s death, with one of them (Walt) using the free time to try and connect to the home wifi. Through flashbacks, we see how the evening was spent by each of the guests before they arrived at the afterparty. Episode 1 follows Aniq, who arrives at the reunion with the intention of sparking things with his old flame and chemistry partner, Zoe.

However, Xavier (who is alive at the time and perpetually steals the limelight) swoops in and whisks Zoe away in his helicopter. Aniq, constantly goaded by his friend Yasper, eventually lands up at Xavier’s house for the afterparty. When the celebrity is found dead under his balcony, suspicions fall on Aniq as it is discovered that he earlier followed Xavier upstairs to confront him. By episode 2, Detective Danner’s investigation is in full swing, and she pulls Brett in for questioning because of his strangely violent tendencies.

In what becomes the central theme of the show, the suspect then describes his (or her) version of the events in a way distinctive to their character — in Brett’s case, this is in the violent action genre. Apart from depicting him as an unbeatable alpha male, his action-packed flashback also reveals how possessive he is of his ex-wife Zoe. Seeing Xavier flirt with her makes Brett furious, and he threatens to hurt the flashy celebrity.

The Afterparty Episode 3 Ending: Who Killed Xavier? How Did Xavier Die?

Episode 3 follows Yasper’s zany musical recounting after he convinces the detective of his storytelling skills. He and Xavier turn out to be childhood friends who formed a band together. Only, the latter became wildly successful while the former became a glorified electrician. Yasper still has hopes for a hit-single and recollects spending most of the evening trying to get Xavier to spend some time with him in the studio. 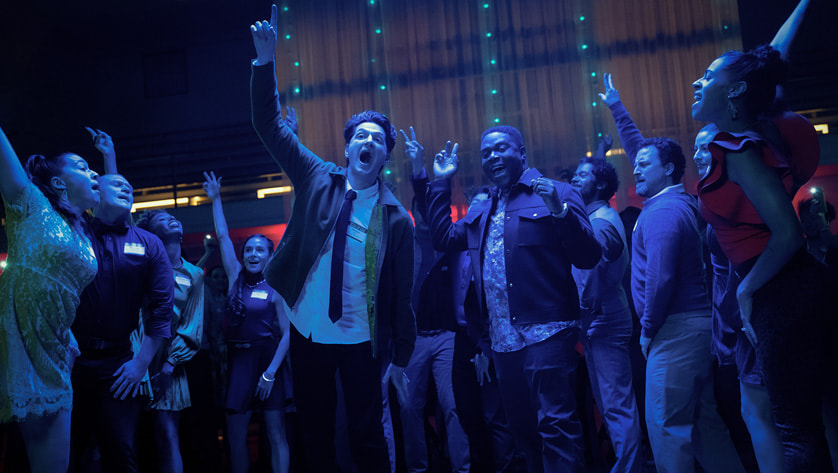 Aniq, meanwhile, goes around collecting writing samples from all the guests in order to match them to the ominous note he discovers torn up in the bathroom. After going around the group, he realizes that one of the guests is missing. Soon, he and the heavily pregnant Jennifer #1 inform Detective Danner that Jennifer #2 has been missing for a significantly long time. The detective is interrupted by a policeman, who holds up a hipflask discovered near Xavier’s dead body.

Episode 3 then closes with Chelsea owning up to being the owner of the incriminating hip flask. And so, episode 3 ends with a flurry of information that presents the possibility of a second victim and a very incriminating clue. So far, we have seen testimonies from Brett and Yasper, with further input from Aniq. Funnily enough, the person recounting their version of events to Detective Danner begins to invariably look suspicious.

Brett, Yasper, and Aniq all have decidedly different motives to harm Xavier, with Yasper seeming like the most unlikely of the culprits. The harmless-looking home entertainment installer isn’t even (noticeably) angry at Xavier but is just disappointed. However, this is a murder mystery, and sometimes, the most unlikely suspects turn out to be killers. Of course, the other guests are still to be questioned, and things are going to get decidedly murkier for now.

Is Chelsea the Killer?

This brings us to the suspect that episode 3 closes on. The hip flask found near Xavier’s dead body on the cliff belongs to Chelsea and contains a potent mix of inebriants (as Aniq knows through experience). Whenever the hip flask has been seen until now, it has been in possession of Chelsea, meaning it is very likely she was at the site of the dead body. Brett and Yasper also point out that she was the last one seen with Xavier, making Chelsea even more suspicious. The neurotic demeanor, of course, doesn’t help her case.

However, all the evidence against her is circumstantial and doesn’t directly prove that Chelsea killed Xavier. Considering the potency of the flask’s contents, a more plausible theory is that Xavier somehow got a hold of it, took a sip, and fell off his balcony in a stupor. This would also explain the hip flask ending up near the dead body. For now, Chelsea is no closer to being proven as the killer than any of the other guests.

Read More: Is The Afterparty a True Story? Is Xavier Based on a Real Celebrity?