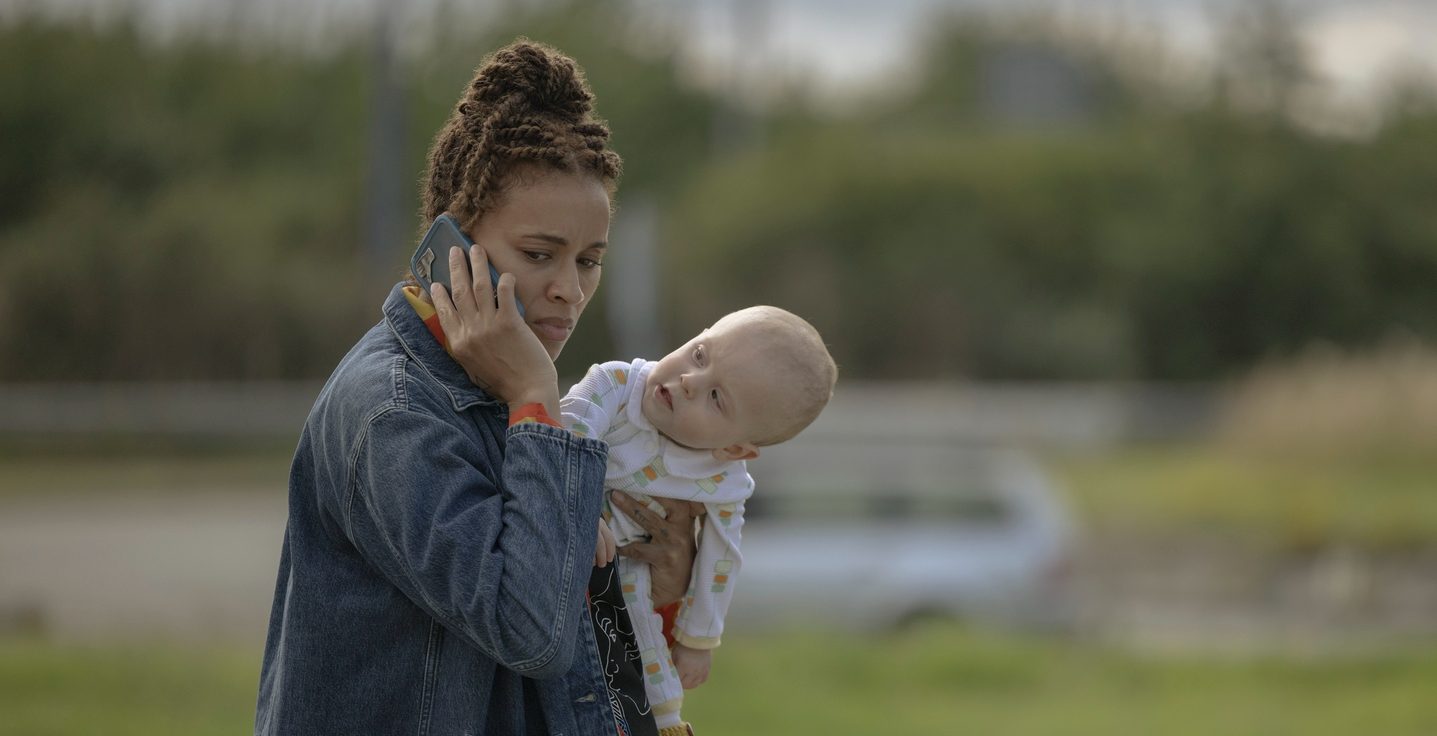 Created by Siân Robins-Grace and Lucy Gaymer, HBO’s horror series ‘The Baby’ centers around Natasha, a 38-year-old who is unexpectedly landed with a baby. The first episode of the comedy show, titled ‘The Arrival,’ depicts Natasha witnessing the horrifying events that happen in the baby’s presence. She tries to hand over the baby to the authorities, only to get shocked to see the aftermath of her effort. The mysterious baby starts to make Natasha’s life tougher as she reaches a dead end with the same. Since the episode ends with significant questions unanswered, we have taken a detailed look at the same to find the answers. Let us share our thoughts! SPOILERS AHEAD.

‘The Arrival’ begins with a woman in a yellow jacket being chased by two police officers. The woman runs to a cliff and jumps to die after leaving her bag open with a baby inside. The baby follows the woman and falls from the cliff as well. A day before, Natasha hosts her friends Mags and Rita for a poker night. Mags’ baby distracts the mother from the game and the friends’ conversations. Natasha, who cannot stand babies, expresses her displeasure, only to learn that Rita is pregnant. Natasha’s behavior offends the two friends, who leave soon.

The next day, Natasha goes to a beachside house for a getaway. While she stands outside the house, the woman in the yellow jacket falls to the ground. The baby falls to the hands of a startled Natasha. The two police officers arrive at her house, take the baby, and start the car to drive back to the station. However, a boulder falls on the car, killing the two officers. The baby astoundingly survives.

Natasha takes the baby to the nearest police station and stops at a gas station in between. She asks the storekeeper to look after the baby while she urinates. To escape from the predicament, Natasha sneaks out of the toilet and tries to start the car, only to fail. Meanwhile, a shelf falls on the storekeeper and kills him. She takes the baby to the station, gives her witness statement concerning the four deaths, and gets detained until the same is verified.

The Baby Episode 1 Ending: How Does the Baby Show Up at Natasha’s Apartment? Will She Keep the Baby?

Natasha gets released from detention after the police verify her witness statement. She feels relieved to leave the scary baby behind and get back to her normal life. While she cleans her apartment, Natasha realizes that there’s someone outside the door and opens it, only to see the mysterious baby in the same basket. Since it is improbable that a police officer will leave the baby at Natasha’s doorstop without even an explanation, the baby is most likely haunted. It can be just a vessel of a paranormal entity that has connected with Natasha.

The baby only stops crying when it is with Natasha, which indicates that the two of them have become inseparable, at least as far as the baby or the possible entity is concerned. Natasha’s failure of escaping from the baby when it is under the care of the storekeeper further displays how she cannot separate herself from the baby anymore. The death of the policemen, while trying to separate the baby from her, indicates that it is not going to leave Natasha alone. She also understands the futility of trying to run away from it, leading her to seek the help of Rita.

With no other option in front of Natasha, she will be forced to keep the baby. She is sensible enough to understand that she is not up against a normal human being. Even if Natasha tries to separate from the baby, she may need to seek unorthodox ways rather than the help of the police to do the same. Till she finds a solution, Natasha may have to endure its presence. The confident Natasha is slowly crumbling due to the sight of the scary being that follows her, leading her to Rita.

Even though Natasha doesn’t value motherhood, the baby’s arrival makes her nothing but “a mother.” We may see her struggling with motherly duties to look after the scary baby while immersed in fear. Since the baby’s presence doesn’t result in Natasha’s death, unlike the other four deaths she witnesses, it is clear that the baby wants her alive to be with it. As much as Natasha may try to part with it, the baby may inevitably come back to her.