The Bachelor: Listen to Your Heart Spoilers: Who Wins the Show? 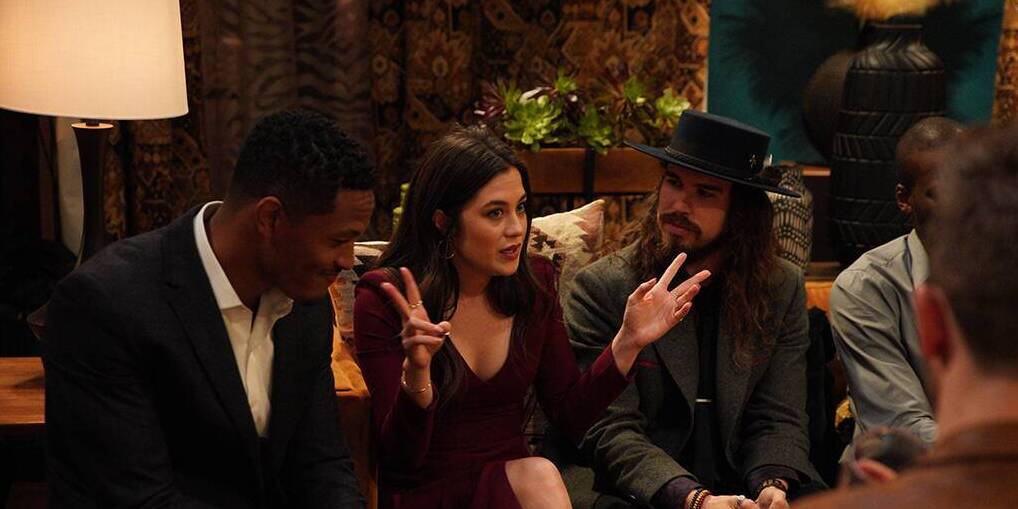 ‘The Bachelor: Listen to Your Heart’ is a dating reality series that follows twelve men and eight women (plus 3) as they enter a luxurious and grand mansion to spend six weeks under the same roof, to find true and lasting love. As soon as sparks fly between contestants and they form pairs, the couples go on romantic music-themed dates and also participate in musical performances packed with chemistry, either in front of a live audience or an expert judging panel. Throughout the series, many couples are sent home via elimination, and the last couple standing is declared the winner of the show. But the main question is: Do they find love?

The spin-off of ‘The Bachelor’ premiered on April 13, 2020. In case you are a curious fan, you must be wondering: Who will reach the finals? Moreover, who will win? Well, lucky for you, we might have the answer to that. WARNING: MAJOR SPOILERS AHEAD!

Who Will be The Bachelor Listen to Your Heart Finalists?

Thanks to blogger Reality Steve, who took to Twitter to reveal that the finale was shot in February 2020, at the prestigious home of American music – The Country Music Hall of Fame and Museum in Nashville, Tennessee.

Before you ask, he’s talking about “Bachelor: Listen To Your Heart,” not the “Bachelor” or “Bachelorette.” The LTYH finale was filmed in Nashville a couple weeks ago. https://t.co/RCvB5EN0yo

The judging panel of the final round comprises Kaitlyn Bristowe, Jason Tartick, Taye Diggs, Jewel, and Rita Wilson. Trevor and Jamie might choose Dan and Shay’s ‘Speechless,’ while Chris and Bri might opt for ‘Give Me Love’ by Ed Sheeran and Adele’s version of ‘To Make You Feel My Love.’

(FINALE SPOILER): Prob not the finale spoilers you were looking for, but finale to “Bachelor: Listen to Your Heart” was filmed tonight in Nashville, TN at the Country Music Hall of Fame. The final 2 couples were: Trevor and Jamie & Chris and Bri.Trevor Holmes (IG: trevorholmes86) https://t.co/Qlm6BGA57e

As far as their relationship is concerned, we are confident of one thing. Apart from singing talent, there can be a lot of chemistry (at least on-screen) between both the couples, which is why they might land in the Top 2. Trevor’s charm and dreamy eyes might captivate Jamie, while Chris’ grounded nature might win Bri’s heart.

Trevor boasts a fan-following because of the famous American Idol audition, which features Katy Perry flirting with Trevor in the presence of his then-girlfriend. However, if we go by what Reality Steve states, Trevor isn’t as innocent as he looks. Steve added another tweet, in which he claimed that many women came forward accusing Trevor of being a creepy guy who just likes the attention of women. If that’s really the case, Jamie might have to be cautious.

On the other hand, both Bri and Chris have earned the audiences’ approval just from the short preview clip shared by the network. Bri’s down-rightness complements Chris’ honesty and sincerity. Also, they do share natural and intense chemistry on stage. Now, hold your jaws before we reveal the probable winners.

Which Couple Wins The Bachelor Listen to Your Heart?

According to Reality Steve, the winning couple will be…Christopher “Chris” Watson and Bri Stauss.

The Los-Angeles based singer-songwriter and Utah native might be the winners of the first season of ‘The Bachelor: Listen to Your Heart.’ We feel fans might genuinely be happy if this actually transpires. We can expect the love birds to sign up for a contract for at least one official music video. Bri and Chris might also embark upon a musical tour after the final episode airs.

Kaitlyn asked Jamie and Trevor if they were in love and Trevor replies they were falling in love and they plan to continue seeing each other after the show. Anybody that knows anything about Trevor’s f**k boy past knows that Jamie is in for a rude awakening once this is all over.

The notable thing about the couple is the fact that they might end up confessing their love for each other, way before their final performance, becoming the first pair to have done it. On the contrary, on being asked about whether or not Trevor and Jamie have found love, Trevor might suggest that they still need to spend some time outside the show to know each other better. Poor Jamie!

Read More: Where Is The Bachelor: Listen to Your Heart Filmed?