The Challenge Season 25 Winners: Where Are They Now? 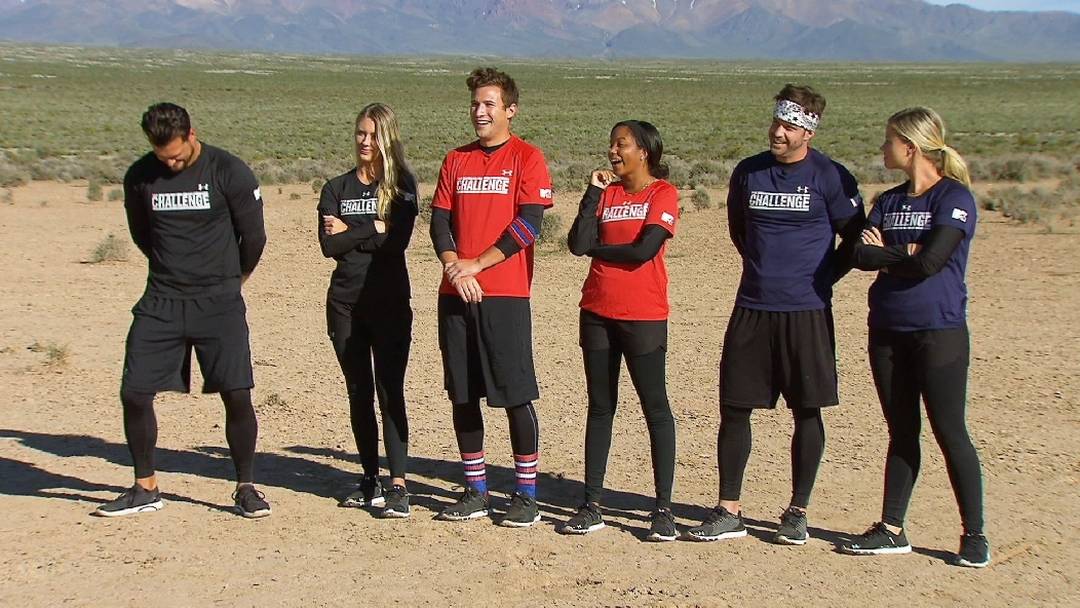 If you love reality shows that have an appetite for extremity and drama, you might be familiar with MTV’s ‘The Challenge.’ Hosted by TJ Lavin, it is a reality competition series that serves as an extension to two of the network’s reality shows, ‘The Real World’ and ‘Road Rules.’ In order to win, the participants must compete against one another by indulging in challenges that test their strength and endurance. The pair that wins the final challenge receives a hefty cash prize.

The 25th edition of the series — ‘The Challenge: Free Agents’ — became the first one after season 11 that includes no one from ‘The Real World: Austin’ or ‘Fresh Meat.’ A slight tweak in the format made the season all the more memorable. So if you have found yourself getting attached to the contestants of season 25, familiar and fresh faces alike, we can give you an update on the top three teams that made it to the finale!

Where Are Zach Nichols and Devyn Simone Now?

Zachary Alexander “Zach” Nichols II and Devyn Simone became the third pair to finish in the finale of ‘The Challenge: Free Agents.’ Zach was originally a contestant on ‘The Real World: San Diego’ in 2011. His first win came to him the following year on ‘Battle of the Seasons.’ After that, he went on to become a finalist on ‘Free Agents,’ ‘Vendettas,’ and ‘War of the Worlds 2.’ Born on August 4, 1987, Zach is originally from Brighton, Michigan. He pursued Sports Science and Exercise Physiology at NMU.

The Northern Michigan University graduate’s deep interest in football molded into his career when he began playing as a wide receiver for the team. Following that, Zach got a job at a physical therapy clinic, followed by his entry into stardom. On March 13, 2021, he married his longtime girlfriend Jenna Compono, whom he met on ‘Battle of the Exes II.’ The Michigan wedding was a highly personal affair with just their close-knit circle, so the official one is scheduled for April 2, 2022. The couple welcomed their first child Anthony Joseph Nichols on September 2, 2021.

Devyn Simone first appeared on ‘The Real World: Brooklyn.’ After that, she continued to participate and became a finalist on ‘Battle of the Seasons’ and ‘Free Agents.’ Born on February 6, 1988, Devyn is the textbook example of “beauty with brains.” After graduating in Theatre Performance and Music Studies from the University of South Florida, Devyn forged her own path in life. She presently works as a Senior Matchmaker at Three Day Rule Matchmaking and is also the co-host of TLC’s ‘Love at First Swipe.’ In addition, Devyn served as a presenter on ‘The Challenge: Aftermath’ for ‘Double Agents,’ ‘All Stars,’ and ‘Spies, Lies & Allies.’

Where Are Johnny Reilly and Nany González Now?

In season 25 of ‘The Challenge,’ Johnny Reilly and Noemi Carmen “Nany” González impressively finished second. Johnny Reilly participated in ‘The Real World: Portland’ before that. He stood as a finalist on ‘Free Agents’ despite being the youngest player in the house. Apart from that, Johnny competed in ‘Battle of the Exes II’ and ‘Rivals III.’ On May 4, 1991, Johnny entered the world in a small town near Boston called West Bridgewater. He was an exceptional hockey player during his school years. However, he couldn’t follow his dream of playing professionally due to financial limitations. 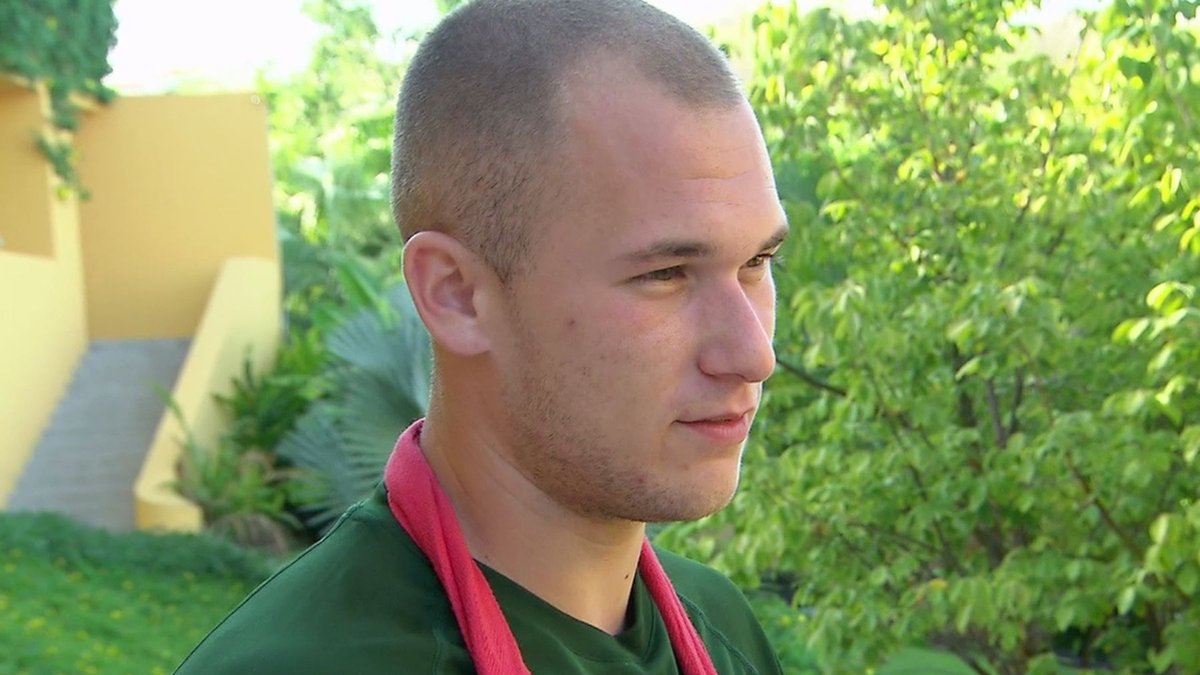 After that, Johnny started to play for a local team and found a job at a restaurant. However, he wants to be a physical trainer for professional athletes and also a firefighter. His relationship with Avery Tressler that ended before ‘Free Agents,’ gained a lot of attention. In December 2018, Johnny got engaged to his girlfriend Kim. After two years, the pair tied the knot in September 2020. A few months later, in early 2021, Kim and Johnny revealed that they’re set to welcome their baby girl into the world.

Noemi Carmen “Nany” González started her television journey as a contestant on ‘The Real World: Las Vegas’ in 2011. Nany has tremendous strength and willpower, which became evident once she joined multiple seasons of ‘The Challenge.’ She subsequently became a finalist on ‘Free Agents,’ ‘Double Agents,’ and ‘Spies, Lies & Allies.’ Although she made it big professionally, her personal life has been nothing less than a tragedy. Born on January 26, 1989, this New Yorker never met her birth father, who was imprisoned for drug charges.

Through a private investigator, Nany discovered that he reportedly died in 2002. However, what didn’t kill her only made her stronger, and she went ahead to pursue a degree in Criminal Justice. Although she started off as a waiter in Jamestown, Nany took a break from television and became a Licensed Aesthetician. Nany was really close to her mother, who passed away in October 2021. In season 37 of ‘The Challenge,’ Nany confirmed that she has been dating co-star Kaycee Clark.

Where Are Johnny Bananas and Laurel Stucky Now?

The insanely talented Johnny Bananas and fiercely competitive Laurel Stucky ultimately emerged victorious in the 25th edition of ‘The Challenge.’ Viewers first saw John Amadeus “Johnny Bananas” Devenanzio on ‘The Real World: Key West.’ After that, there was no going back for him! He soon became a mainstay and ended up winning ‘The Island,’ ‘The Ruins,’ ‘Rivals,’ ‘Battle of the Exes,’ ‘Free Agents,’ ‘Rivals III,’ ‘Champs vs. Stars,’ and ‘Total Madness.’ Besides that, he was a finalist on ‘The Inferno 3’ and ‘Rivals II.’

Born on June 22, 1982, in California, Bananas is a Penn State graduate whose spirit thrives way beyond the scope of academics. He is known by his peers as someone who is extremely crafty, intelligent, charismatic, and highly accommodating. Bananas made history by being the most successful player on ‘The Challenge,’ appearing in 20 seasons so far. He is currently a presenter in the late-night travel series, ‘1st Look,’ and has also made appearances in ‘Worst Cooks in America’ and ‘Fear Factor.’ Bananas was dating ‘Big Brother: Over the Top’ winner Morgan Willett. However, they parted ways in September 2021 after he allegedly cheated on her.

Laurel Stucky came from ‘The Challenge: Fresh Meat’ and has left a mark as the winner of ‘Free Agents.’ She was also a finalist on ‘Fresh Meat II,’ ‘Cutthroat,’ and ‘Rivals.’ In addition, she tried her luck on ‘Invasion of the Champions’ and ‘War of the Worlds 2.’ She was born on April 11, 1985, Laurel is a Detroit native who claims that her biggest asset is her height.

Laurel has a degree in Spanish Philology from Michigan State University. It is no surprise that her interests include beach volleyball, yoga, and running. Besides that, she also leads an outdoor education initiative for high school seniors called ‘Man in Nature.’ Laurel currently puts up in the mountains in Montana and works with horses.

Read More: Are Kaycee Clark and Nany Gonzalez Still Together?