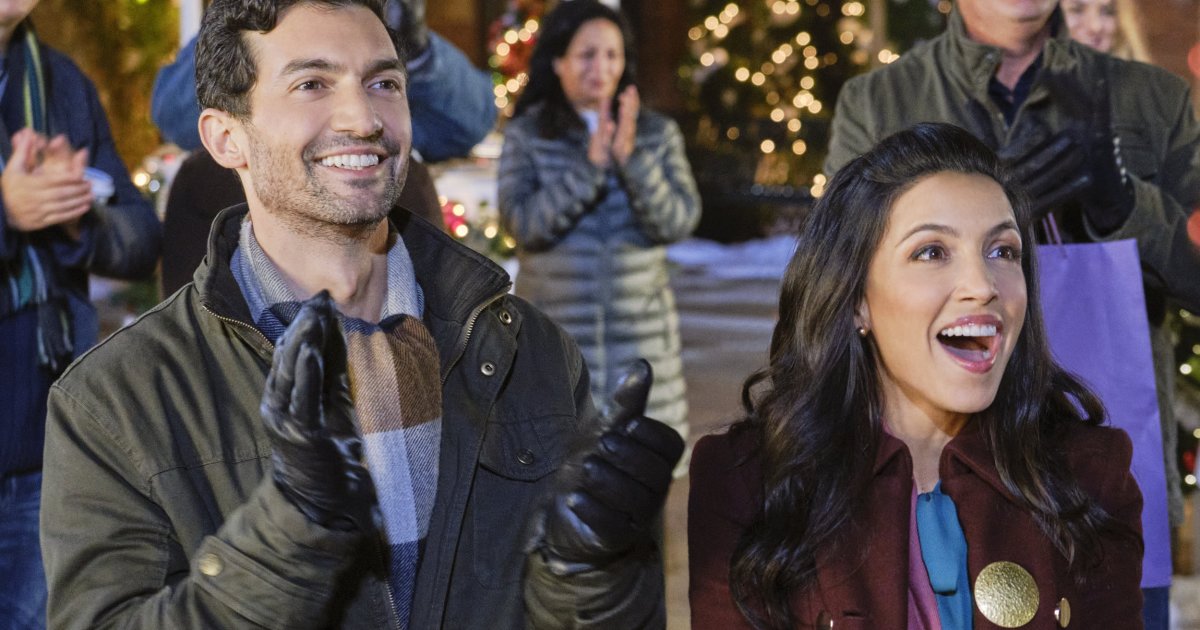 ‘The Christmas Ring’ is a romantic film that follows Kendra Adams, a reporter who is obsessed with finding her mother’s ring. When she comes across a particular engagement ring that looks like her mother’s, she is determined to find out more about its history. Kendra gets more than what she expected when she meets the grandson of the owner of the ring, Michael.

The two of them piece together a puzzle around the ring’s story and learn about the sacrifices their grandparents made for love. Directed by Troy Scott, this film gives us just the run-up we need for the holiday season with its beautiful Hallmark-esque small town. Here is everything we know about its filming locations!

Like most Hallmark films set in a small town, this one too brings on screen the Christmas magic from Canada. You would expect a film like this to be shot in the height of winter, but you would you believe us if we told you that it was filmed in August and September? Well, let us look into the details!

‘The Christmas Ring’ was filmed in Ladner Village and the surrounding areas near the Delta Police Department, in the City of Delta, British Columbia. Delta is a part of Greater Vancouver, which comprises three main communities, Ladner, Tsawwassen, and North Delta. Ladner Village has become a popular destination for tourists, specifically in the past few years.

It is also popular with film crews because of the church buildings, coastal fishing settings, and the “Main Street U.S.” vibe. Farmlands, beaches, wetlands, and forests in South Delta are not too far away either. ‘The Christmas Ring’ is not the first Christmas movie filmed in the area, as it also features in ‘Finding Santa,’ ‘Christmas Duet,’ ‘Christmas in the Air,’ and some others.

Having been shot in the summer, the set designers had to water down the streets between takes to make it look like snow had just melted, and actors were given ice packs and portable fans to keep cool. The film was shot during Covid-imposed restrictions, and hence all the necessary precautions were taken, with a doctor present on the set and regular temperature checks. Everyone was required to wear masks when they were not on camera, eating, or drinking.

Nazneen Contractor plays Kendra Adams in ‘The Christmas Ring.’ The Indian-Canadian actress is best known for her roles in ‘24’ and ‘The Border’ as Kayla Hassan and Layla Hourani, respectively. Her other notable works include ‘Star Trek into Darkness,’ ‘Rules of Engagement,’ ‘Hawaii Five-O,’ and ‘Castle.’ It is not only Nazneen’s first Hallmark project, but it also makes her the first East Asian ever to be a lead actor in a Hallmark film.

David Alpay steps in as Michael. He is a Canadian actor, musician, and producer, known to play Mark Smeaton in ‘The Tudors’ and Danny in ‘Man of the Year.’ He also appears in ‘Quantico,’ ‘The Vampire Diaries,’ and ‘Royal Pains.’ Some of the Hallmark films that David appears in are ‘Ice Sculpture Christmas,’ ‘Sleigh Bells Ring,’ and ‘The Mistletoe Inn.’ Other cast members include Chelsey Reist, Sam Quinn, and Casey Ryan Manderson.