Festivities color our darker days as they bring the family together. Matthias Temmermans’ bittersweet Flemish original holiday movie ‘The Claus Family’ (‘De Familie Claus’) reminds us of the need for traditions and communal harmony, as it oozes out a feel-good ambiance. The title is quite a giveaway. But a little anticipation does not harm the magical ambiance of this tour-de-force Christmas movie. This is the story of how Jules saves Christmas.

Jules hates Christmas but understands the legacy of this tradition. Prolific actor Jan Decleir, whom you may know from ‘The Memory of A Killer,’ leads the cast with a ubiquitous charm. If you have trouble recollecting the story’s final moments, let us see what changes Jules’ mind. SPOILERS AHEAD.

Suzanne, Norah, and Jules move in closer to where Norah and Jules’ grandfather Noël reside. Jules does not like anything about Christmas, but Norah is excited to decorate the Christmas tree. While she is effortlessly a chatterbox with new neighbors Ella and her husband, Jules is apathetic. When Suzanne goes about her new job in the cookie factory, Noël babysits the children. A pair of customers come in through his ragtag toyshop, but the toy bear is broken, and the antique puzzle they pick up has a piece missing. 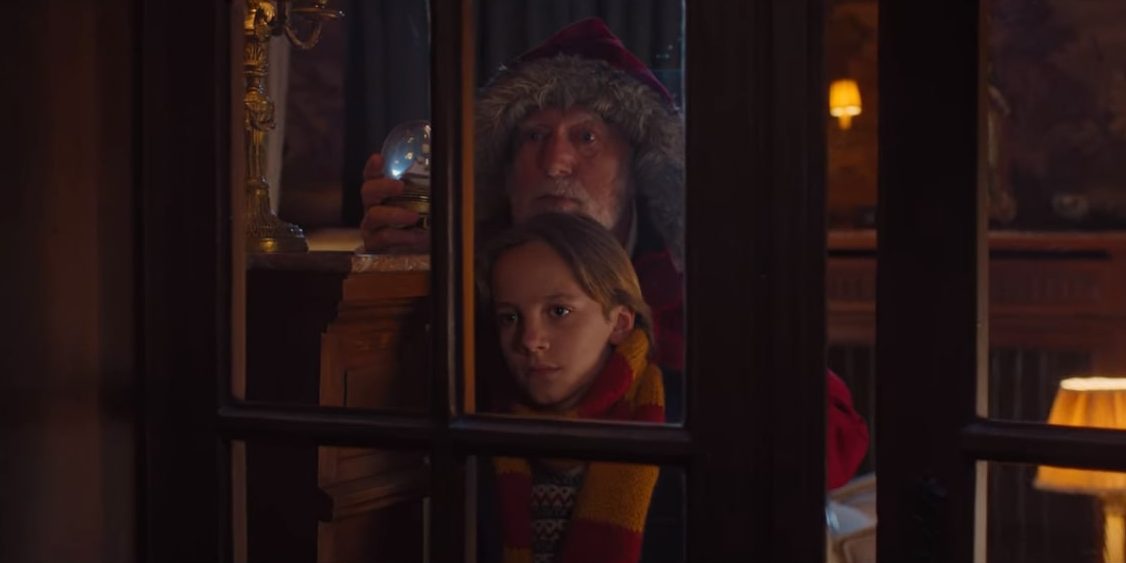 The snow-globe casually lying on the desk is not for sale, and the customers leave without buying anything. Grandpa rushes to hide the globe on a kitchen rack, and while volunteering to make hot chocolate, Jules finds the globe. It sends him to different parts of the world before bringing him back to the antique store. He is completely drenched in seawater, and Noël acknowledges that he is Santa upon confrontation.

Meanwhile, Norah and Noël have almost finished decorating the Christmas tree, barring the top piece. Grandpa asks Jules for help, but Jules bails due to his apparent hatred for Christmas. Grandpa slips while putting up the last bit of decoration, and he ends up in a hospital with an injured leg. But Santa has to do what Santa has to do, and Jules teams up with Noël to deliver the presents. After an encounter that reminds Jules of his father, he denies helping, and it sure looks bleak for Christmas.

The Claus Family Ending: Is Jules Happy? Is He the Next Santa Claus?

Jules is not happy for most parts of the movie, as he is tormented by the death of his father, Pieter Claus. Jules’ mother Suzanne and his grandfather Noël both miss Pieter as much, which is apparent from the course of the story. But Suzanne thinks that they should still treasure the present and try to look ahead towards the future. Jules is adamant about hating everything and everyone. However, to keep Noël from overworking, Jules helps him sort out the gifts for different parts of the world. 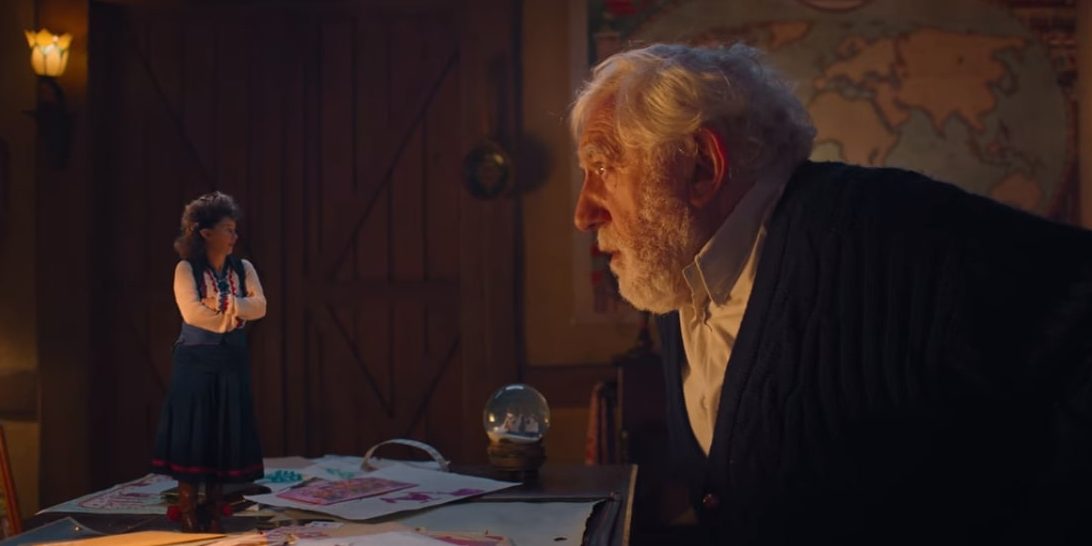 With the help of the globe, they get transported to the cabin of Santa in the North Pole. Jules meets Santa’s pixie assistants Ikka, Gunna, Essa, and account keeper Holger and they enter a vast room full of presents. Their first stop is the family Hoffmeyer, from Austria. Then, they have a hostile encounter with Delphine Lecomte’s dog. After some more eating and misadventures, they appear at a house where the boy wants to bring his father back. Santa says that some wishes don’t come true, but the boy’s father turns out to be a war hero coming back home.

Some wishes do come true, but nobody can resurrect Jules’ father. Jules is miserable, and his hatred for Christmas increases tenfold. On the second night, he messes up the gifts and leaves abruptly. Noël apparently has another injury while working alone. When Jules remembers how his father’s last wish was to take care of his grandfather, Jules shudders from the fear of losing the present in the agony of the past. He signs up for the delivery and finishes the job all by himself. However, as it turns out, Noël is not really injured, but he makes Jules see the long tradition of Santa Clauses in their bloodline. Jules’ father, Pieter, was also a Santa, and he has left Jules a letter. Jules does not have the heart to read it because he wants to keep the memory of his father alive.

Ella shows Jules her prosthetic leg. Everyone has reasons to be unhappy, but staying mad at the world does not make the days brighter. Upon Ella’s insistence and following a hearty conversation with his mother, Jules opens the letter.  Pieter hopes Jules would bear the family tradition – “Together, we are Santa Claus, now and forever,” he writes. With Pieter’s memory still alive in the family’s magical heritage, Jules is happy for Christmas. He even decorates a Christmas tree all by himself at the family dinner, or does he steal the tree from the next-door neighbor? We’ll leave you to it.

On her first day at work in the cookie factory Mareine, Suzanne is thoroughly intimidated by Madame Joan. But Suzanne strikes up a conversation with her co-workers Het and Farid. However, after getting the call from the hospital, she rushes to the scene, accompanied by Farid. Later in the story, Het spills the beans to Suzanne about a rumor regarding the factory shutting down. The current cookies are not selling so well, and Suzanne thinks they are boring. “All hail the cookie revolution!” she thinks, and teaming up with Het and Farid, she makes a small batch of her colorful cookies under the nose of Madame Joan. 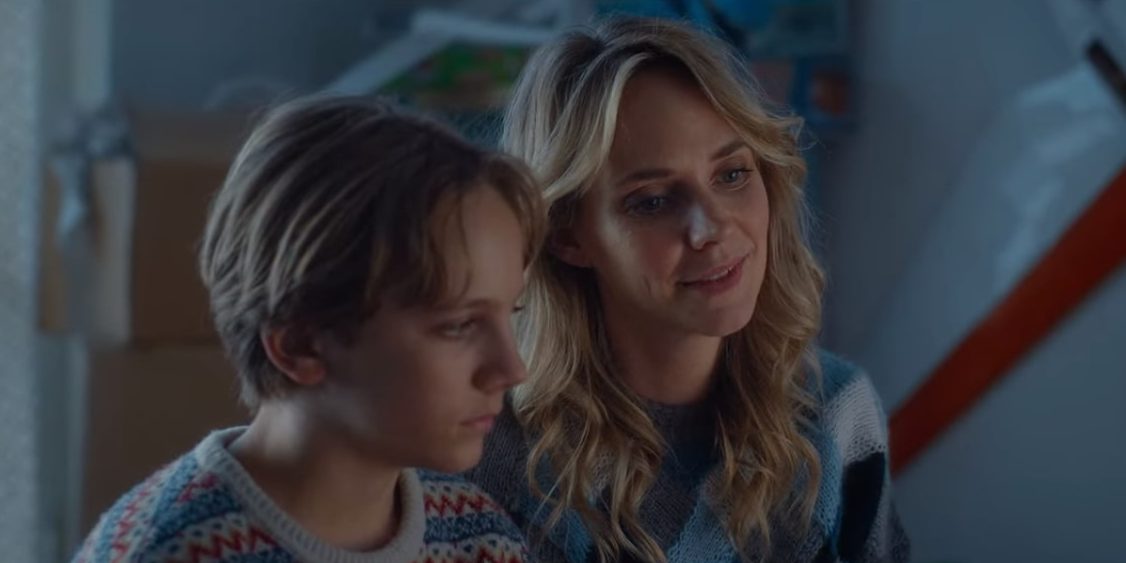 Despite Madame Joan’s oppressive regime, people at the office make a small batch of these cookies. Farid tells Jules that her mother could have lost her job because of him, and it makes Jules worried. Before he tours the world distributing gifts, Jules makes a stop at the Mareine cookie factory and fills his bag with some boxes. But does he treat all of the world populace with the cookies? We think not, simply because there are not as many boxes.

But Jules leaves a box of cookies for Madame President of the US, and she happens to order a big batch. But Mrs. President needs it on the night of Christmas, and Madame Joan, despite her reservations, goes to Suzanne’s place to tell her about the development. Suzanne is delighted to hear this, but she does not want to leave her family on a festive night. But Norah encourages Suzanne to go, Farid agrees to help her, and Het appears with the army of factory workers. They all lend a hand, and the final scenes evoke a warm community feeling.

Read More: Where Was The Claus Family Filmed?