The Confession Killer: How Many People Did Henry Lee Lucas Kill? 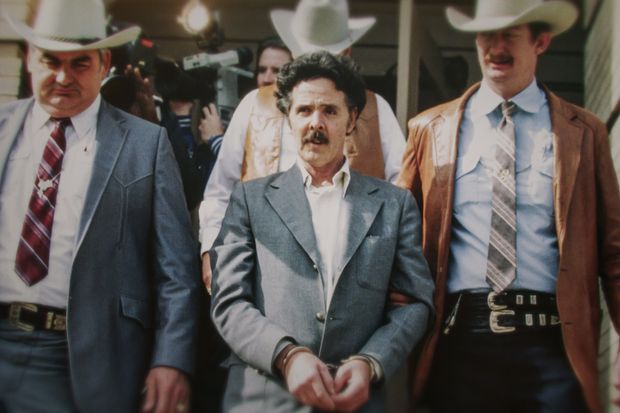 Henry Lee Lucas turned into a media sensation after he was brought in for a couple of murders. The cops knew they had a killer on their hands, but they did not know just how prolific. Lucas started off by saying there were a hundred other victims, apart from the crimes he was arrested for. Thus began his long-drawn relationship with law enforcement and the numbers fluctuated. Sometimes he had 100 victims, sometimes 150, and at other times it went up to 600. Netflix’s ‘The Confession Killer’ portrays this extraordinary case.

Naturally, you might be wondering if he was the most prolific serial killer in US history or just a pathological liar. The answer is that we will never know Lucas’ true kill count, which he took to the grave. However, the numbers he made up are way too high and only flew because many law enforcement agents were happy to pin the murders on Lucas and close their cases. People who have looked closely into the logistics of Lucas’ murders have pointed out the ludicrousness of it.

In October 1978, in order to kill the 8 people, he said he did, Lucas would have had to have traveled 11,000 miles. He might have been a grifter but even he did not spend so much time on the road. Moreover, later in his life, Lucas recanted his confessions, except for one. To further muddy his account, DNA evidence led to the arrest of 20 murderers in the cases where Lucas had claimed the credit.

All of this must be pretty confusing, but we are here to clear it all up. Here are the murders that Lucas most likely committed, and the one that almost got him killed.

Despite claiming to have had a prolific killing spree, Henry Lee Lucas’ first known murder is matricide. He killed his own mother Viola Lucas, when he was 23 years old, in 1960. Notably, Lucas’ mother was extremely abusive, making him dress up as a girl. She was also a prostitute who would make Lucas watch while she engaged in sexual activities with other men. Naturally, this traumatized Lucas, who apparently spent his spare time in puberty torturing animals.

When he got into an argument with his mother at the age of 23, he ended up striking her mother. There was a physical altercation where she struck him first. However, Lucas had a knife in his hand when he slapped her alongside her neck, according to his account. Once she fell, he did try to pick her up, only to notice the blood coming out, which made him realize he had a knife in his hands.

He believed he had killed her, but when Lucas’ half-sister returned, she found the mother alive in a pool of blood. By the time help arrived, she had passed away, with examiners ruling the cause of death as a heart attack brought on by the assault. Lucas was sentenced to a 20-40 year sentence at the Michigan State Penitentiary, from where he was released in 1970, due to prison overcrowding. 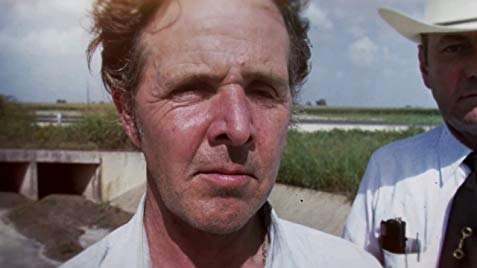 Lucas’ next known victim is Becky Powell or Frieda ‘Becky’ Powell. She was the niece of Ottis Toole, with whom Lucas apparently had a vigorous killing spree. However, he soon took to Becky and the two started a relationship. Lucas claimed that Becky was the only woman he cared about and even showed remorse for having killed her. Notably, he is known to have been very cavalier about his other murders. Perhaps, this is because Becky looked up to Lucas, which he liked. He admitted that he liked being looked up to, and there was no one better to do it than a child.

Becky soon realized that Lucas was highly dangerous and perhaps wanted out. While on a ranch in Ringgold, Texas, Becky and Lucas got into an argument. He lured her out to an open field, murdering her and dismembering her body. He then proceeded to scatter the parts all over the field.

After killing Becky, Lucas decided to do away with Kate Rich, their landlord. There was no particular reason to murder the lady since she had not witnessed anything and Lucas did not bear any ill will towards her. However, Kate too was murdered, as ‘The Confession Killer’ shows us. As the police began to search for her, they found her bag.

Notably, Lucas was suspected since he was the common denominator in both murders. Eventually, he was arrested on a firearms charge, before confessing to killing both Rich and Powell.

Amongst many of the murders attributed to Henry Lee Lucas, one was of ‘Orange Socks’. The woman remained unidentified for the longest time, going by Jane Doe, or Orange Socks because that is just what she was found wearing when her body was discovered. Thankfully, as of September 2019, we know she is Debra Jackson of Abilene.

At the time, Lucas admitted to her murder, saying that he had picked her up on the highway. It was the only case he got the death penalty for. However, evidence turned up that he was in Jacksonville when the murder took place. As a result, George W. Bush, the then Governor of the state, commuted his sentence to serving life in prison. In fact, Lucas later recanted the confession of having killed Debra.

In conclusion, a lot of Lucas’ confessions seem shaky, since there is no physical evidence to back it up. It appears as though the cops were eager to close cases, and Lucas was willing to take the blame for small favors like strawberry milkshakes. However, as a result, numerous cases have been closed where the murderers are roaming free and the victims or their families have not received justice. Lucas is definitely a killer, but his numbers are nowhere close to what he claims. Ken Anderson, the DA who prosecuted him, believes his kill count is somewhere between three and a dozen. With Lucas dead as of 2001, due to heart failure, we may never know how many people he exactly killed. However, these are his victims that we do know about.

Read More: Who is Ottis Toole