The Real History Behind ‘The Current War’, Explained 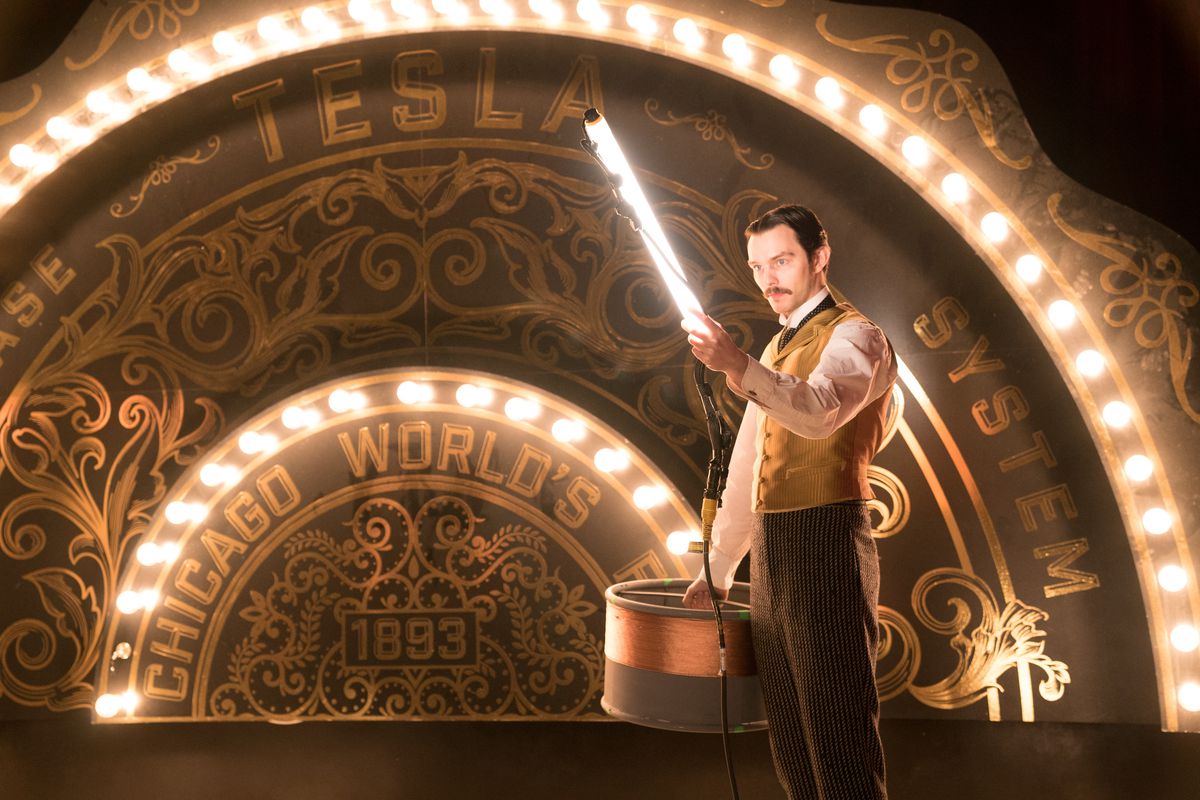 For a film about lights, ‘The Current War’ sure is dark. But it does illuminate a riveting chapter of American history that is not often talked about. While everyone credits Thomas Edison as the inventor of the light bulb (which in itself is not entirely true), there is hardly any representation of the history of electricity in mainstream media. Alfonso Gomez-Rejon’s ‘The Current War, then sheds light on this history as it unravels the heated feud that took place between three visionaries for the future of electricity.

Set in the 19th century, ‘The Current War’ looks at the charged competition between Thomas Edison and George Westinghouse that quite literally lit up the world. The two competed over which an electric power delivery system would be used in the United States. While Edison invented and invested in a low-voltage direct current (DC) system, Westington developed a high-voltage alternating current (AC) system. Serbian-American inventor and futurist, Nikola Tesla also had a crucial role to play in this.

‘The Current War’ boasts of an incredible ensemble playing these visionaries. The film features Benedict Cumberbatch as Edison, Michael Shannon as Westinghouse, Nicholas Hoult as Tesla, and Tom Holland as Samuel Insull. The competition uncovered in the film soon led to a cutthroat battle between the great minds. This involved publicity wars, several deaths from electrocutions, and even the invention of the first electric chair.

But after all, ‘The Current War’ is a fictional representation of historical events. Due to this, one can’t help but wonder how much of it is true. In case you’re wondering the same, we’re here to help. Here’s everything you need to know.

The True Story Behind ‘ The Current War’, Explained

‘The Current War’ is based on a true story and is actually inspired by “the war of currents” which refers to a series of events that took place in the late 1880s when competing electric power transmission systems were introduced. At the time, there were two lighting systems, as mentioned above. Arc lamp street lighting made use of high voltage alternating current. While the low-voltage direct current system was marketed by Edison’s company to be used for indoor incandescent lighting.

It was for incandescent lighting that Edison invested in the direct current system despite being aware of its limitations. While DC could not be transmitted over long distances, it was the only option that brought light to indoor spaces. His was to bring electricity to the homes of masses in America. But things took a turn for him when Westinghouse in 1886, developed an AC system that could also be used indoors (something which wasn’t possible before).

The War of Currents

Edison began competing against Westinghouse’s system. But for this, he needed to overcome the limitations of DC. During this time, Edison hired a young Nikola Tesla, who was supposed to help him perfect his system. However, Edison and Tesla had a fall-out when Tesla felt that AC was the future, and Edison dismissed his ideas and refused to pay Tesla. Nikola Tesla, then, was eventually hired by Westinghouse.

Westinghouse began installing his system in various places. Initially, he focused on areas where Edison’s DC current couldn’t reach. But soon, Westinghouse’s system found its way into larger cities like New Orleans. In response, Edison maintained that Westinghouse’s system was extremely haphazard and began an all-out media war in which he wrote about to the press, government officials, companies, and cities.

Unlike what ‘The Current War’ portrays, Edison and Westinghouse never really met in real life. But it does depict the brutal competition between the two in a more accurate light. Despite Edison’s effort, and after the merger of Edison’s company, Westinghouse and Tesla won the bids to power Chicago World’s Fair in 1893 and won the contract to build Niagara Falls hydroelectric project. Ultimately, this led them to win the war of currents.

While the war of the currents was still ongoing, there had already been several electrical fatalities. Harold P. Brown actively protested against the use of AC. Brown, along with Edison, held multiple demonstrations in which they electrocuted dogs, cats, calves, and horses to high volts of AC to prove how dangerous the system could be. In fact, Brown even paid children to collect animals off the streets of West Orange, New Jersey, for the experiments.

Interestingly, Edison also led to the invention of the first electric chair. At the time, it was considered to be a “humane alternative” to hanging as there had been instances suggesting that death from electrocution would happen instantly. ‘The Current War’ has Edison being persuaded by Brown to develop the electric chair. While Edison initially refuses, he eventually gives in to bring Westinghouse down.

However, ‘The Scheme’ combines two individuals through Southwick Brown’s character. In reality, a dentist named Alfred P. Southwick is credited as the inventor of the electric chair. It is believed this was initiated through a letter Edison wrote to Southwick. It is believed Edison helped in the building of the chair and even made use of Westinghouse’s AC current units.

The chair was first used for the execution of William Kemmler in 1890. Kemmler was convicted of murdering his girlfriend with a hatchet. However, his execution took a disastrous turn due to the miscalculation of the voltage. Despite electrocuting Kemmler, he still did not die and had to electrocute again. It is quite intriguing how a battle between two great minds about lighting up the future took such a dark and deadly turn.