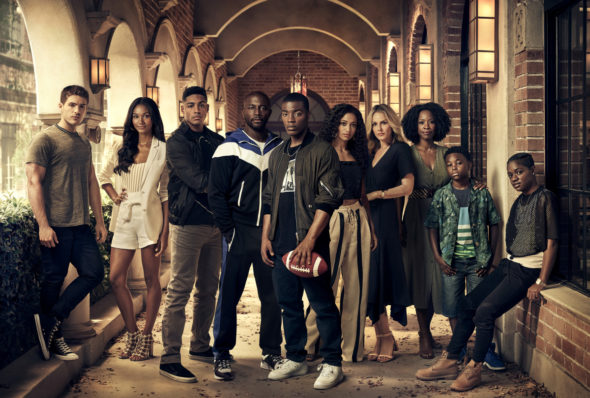 The CW has announced an array of renewals which includes ‘All American,’ ‘Roswell, New Mexico‘ and ‘In The Dark.’ ‘The 100’ gets its seventh season renewal, which means that the CW brings back its entire lineup for the next season without any cancellations. This is the first time that the network renews its entire freshman lineup. In January, the CW renewed ‘Arrow,’ ‘Black Lightning,’ ‘Charmed,’ ‘Legends of Tomorrow,’ ‘Dynasty,’ ‘The Flash,’ ‘Legacies,’ ‘Riverdale,’ ‘Supergirl,’ and ‘Supernatural.’

The previously announced final seasons of ‘Jane the Virgin,’ ‘Crazy Ex-Girlfriend’ and ‘iZombie’ also return for the 2019-20 broadcasting season. The network has six pilots in its roster, including the DC Comics series ‘Batwoman.’ “As we begin to plan for the 2019-20 season, we’re thrilled to have this roster of 14 exceptionally creative and distinctive series, including all five first-year shows, as the foundation on which to continue to build the multiplatform future of The CW,” the CW chief Mark Pedowitz is quoted as saying in a THR report. “One of our key long-term goals has been to continually add more original programming all year round, especially in midseason and summer, and with these returning shows and the new series we’ll order as we get closer to the May upfront, next season on The CW is shaping up to be our most robust year-round schedule yet,” he added.

‘All American’ is inspired by the life of former pro football player Spencer Paysinger. The Berlanti Prods. and Warner Bros. drama series managed to get a three-episode back order and concluded its 16-episode run in January 2019. The series’ modest ratings gathered momentum after its Netflix launch a month ago and helped in its renewal. Moreover, ‘All American’ garnered a new fan base after it started streaming on Netflix. Like the another CW series ‘Riverdale,’ whose season 2 hit high ratings after season 1 started streaming on Netflix, ‘All American’ may follow the same path.

‘In the Dark’ is a drama centered on a blind young woman who is fascinated about cigarettes and casual sex. Produced by CBS Television Studios and Warner Bros. Television, in association with Red Hour Films, the series had three episodes out so far. The ratings of the show and the ensemble of creative talent encouraged the network to give it another round.

‘Roswell, New Mexico’ is based on the ‘Roswell High’ book series by Melinda Metz. The plot follows Liz Ortecho, who returns to her hometown to take care of her ailing father. The reluctant daughter confronts with some harrowing secrets during her time in her native town. The series averaged a 0.28 live rating and over 1 million viewers in its first season.

‘The 100’ is inspired by the young adult novels by Kass Morgan. The sixth season of the series, which is produced by Bonanza Productions Inc. in association with Alloy Entertainment, Warner Bros. Television, and CBS Television Studios, is set to premiere on April 30, 2019. The plot follows a group of exiles lands on a planet after the long frozen sleep on a spaceship for years. They are in a mission to establish new colonies outside Earth, which is not inhabitable anymore. Season 5 of ‘The 100’ averaged a 0.30 rating, reports Variety.

“These shows provide a strong foundation for our multiplatform programming strategy, and we look forward to building on this with even more returning and new shows as we approach the May upfront,” Mark Pedowitz is quoted as saying in a THR report.